NY's High Rate Of Locking Up Parolees Gets Fresh Look

The New York State Bar Association is taking a hard look at the state's parole system as lawmakers have so far fallen short on reforms to address the state's high rate of revoking parole, keeping a fire under efforts to follow other jurisdictions that have slashed parole-related prison stints.

The association, which helps to regulate and shape law and the practice of law in New York, said this month that a new task force will focus on the revocation of parole and reincarceration. The group hopes to answer the question of why the state has the second highest number of reincarcerated parolees, after Illinois, and come up with policy suggestions to improve the process.

"The state Legislature has undertaken wide-ranging criminal procedure reform in areas of bail, speedy trial guarantees, and the discovery process," NYSBA President Hank Greenberg said in a statement. "However, these reforms have focused on issues that arise prior to the trial, conviction and sentencing. The task force will do a deep dive into the state's parole system and propose reforms to ensure due process and fairness for the thousands of parolees statewide."

There's a widespread recognition, I believe, that the parole system is in need of a deep dive and careful study and that there are areas that should be looked at and potential reforms to consider. 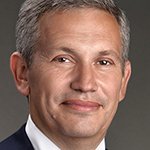 Other states have tried to cut the number of people who are reincarcerated while on parole, many of them successfully.

According to a 2017 study by the Council of State Governments' Justice Center, at least seven states have seen reductions of more than 20% in the number of people sent back to prison for violations of probation or parole.

One of the first states to start making changes was Texas, where the number of parolees reincarcerated dropped by a third, from 9,380 in 2007 to 6,270 in 2016, according to the Justice Center.

According to Douglas Smith, a senior policy analyst with the Texas Criminal Justice Coalition, the state started making changes in 2007, around the same time that officials began to worry about the state's growing prison population, which would likely have required it to build expensive new prisons.

"They shifted directions and started adhering to more best practices [for supervision]," he said.

Under a new chair, Rissie L. Owens, the Texas Board of Pardons and Paroles began to shift focus and no longer tended to revoke parole for minor infractions without first implementing other measures, such as electronic monitoring or requiring more substance abuse counseling, Smith said. Parole approval numbers went up, and parole revocations went down, he said.

The state still has a way to go, he added, explaining that even though the state has shifted toward best practices when it comes to supervising parolees, it could do more to try to help people successfully reenter society after leaving prison.

Without that, he said, parole reform is vulnerable to backlash because it is more likely that people on parole will commit another offense. For that same reason, he said, it's difficult to accomplish parole reform legislatively, calling it "political suicide" for lawmakers because of the potential fallout if a parolee commits a headline-grabbing crime.

In New York, the Legislature has passed a broad range of criminal justice reform measures since Democrats gained control of both houses in 2018, but those measures did not include parole reform.

A few proposed bills would have addressed parole reform, including one introduced by state Sen. Brian A. Benjamin and Assemblyman Walter Mosley that would have addressed the number of New Yorkers reincarcerated for technical violations while on parole. But none of the bills passed before the 2019 legislative session ended in June.

"On Rikers Island, the only group that is increasing is New Yorkers jailed for a technical violation of their parole, with more than 700 people jailed there today," Benjamin said in a statement. "If we are serious about ending mass incarceration, we shouldn't be locking people up for a speeding ticket or being late for curfew."

Elizabeth Gaynes, president of the Osborne Association, a New York group that works to help people in prison and people who have been released, said that even though legislative fixes can be difficult, she thinks lawmakers might be willing to ultimately pass a parole reform bill next session.

Even if a law isn't passed, the state's parole board has already proposed some changes, Gaynes said, such as no longer basing the punishment for parole violations on a person's original conviction, rather than the violation itself.

Having a bar association report, however, might be helpful for changing the political calculus, she said.

"I think it could provide political cover to legislators who are on the fence," she said.

Greenberg, the NYSBA president, told Law360 that the new task force will look at four aspects of the parole system: granting parole, the supervision of parolees, reincarceration of parolees, and the appeal process for those found to be breaking parole.

It plans to have preliminary results to share with the Legislature in time for the 2020 session, which begins in January, Greenberg said.

"There's a widespread recognition, I believe, that the parole system is in need of a deep dive and careful study and that there are areas that should be looked at and potential reforms to consider," Greenberg said.

"This is as well balanced a group of people as one could imagine that we've brought to the table with vast expertise in the criminal justice system," Greenberg said. "So I am hopeful that if this committee is able to find consensus on potential reforms, that will carry great weight."