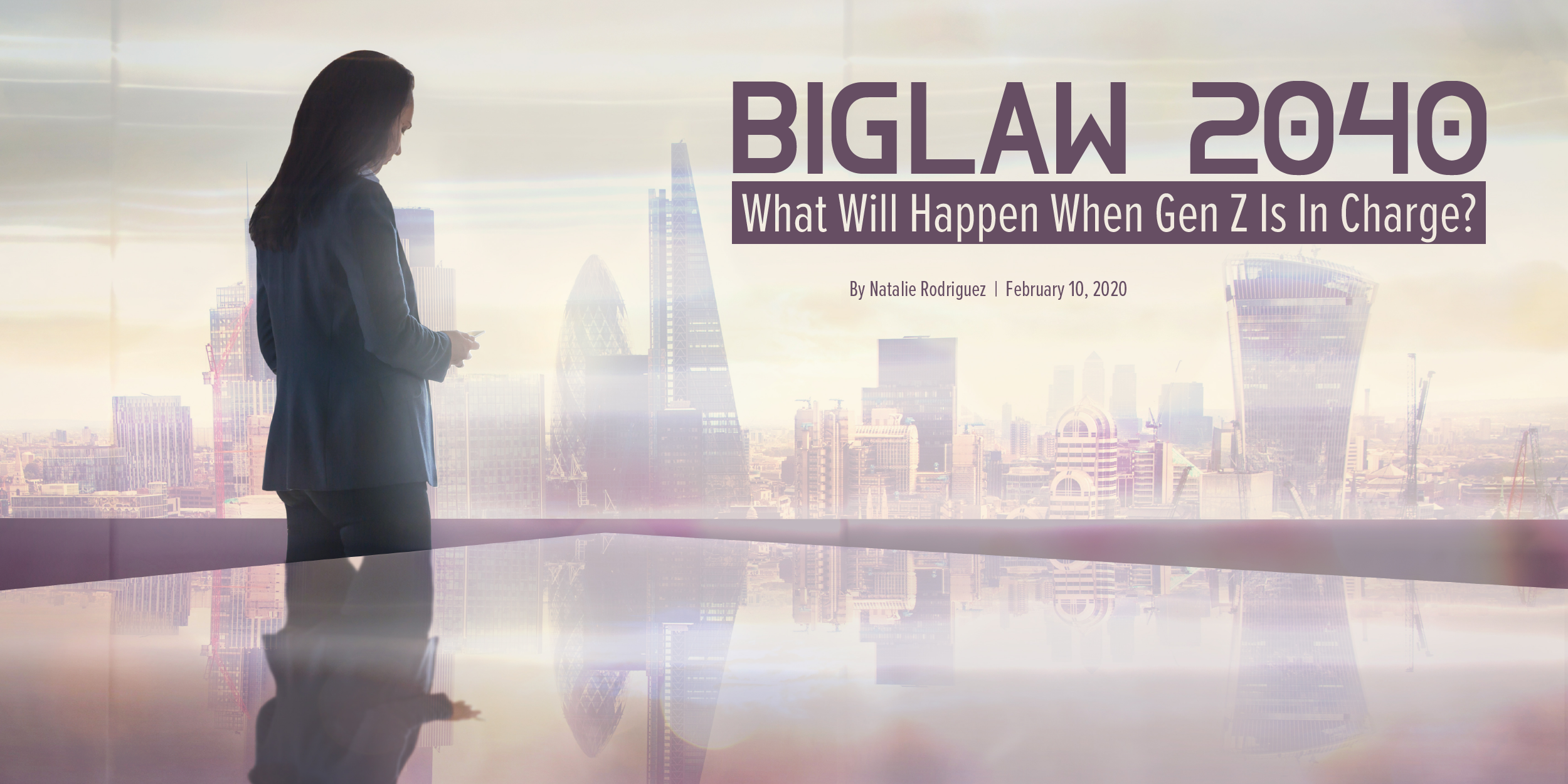 "My own sense is that the change we have seen over the last 20 years is likely to look very small compared to the changes coming over the next 20 years," said David Wilkins, director of Harvard University's Center on the Legal Profession.

While the law's stability and big paychecks are going to be a draw for the Gen Z members who came of age during the recession, they are going to want the same level of customization when it comes to their career that they do in personalizing everything from smartphone experiences to specialized degrees, according to David Stillman, founder of consultancy Gen Z Guru. 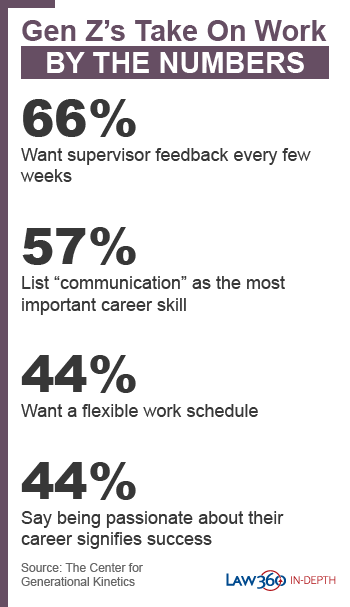 "This generation wants to come up with their own job titles," Stillman said.

"If you don't have global experience, you're not becoming a CEO anymore, and that's going to be true of becoming a managing partner. If you want to be a global business, you're going to have to understand the world," Wilkins said.

"If you only speak lawyer, then you're going to have a hard time leading a firm in the 2030s and 2040s," said Jordan Furlong, a legal industry consultant.

"We've seen this race to be as big as possible because somehow the simple fact of being big gives you this huge competitive advantage. In my viewpoint that's completely wrong," said Mitchell E. Kowalski, a legal operation adviser and visiting professor focused on legal innovation at the University of Calgary Law School.

Bill Josten of Thomson Reuters' Legal Executive Institute agrees that the industry is currently at a turning point: "We seem to be moving further away from 'headcount equals capacity.'"

When the next economic recession hits, Josten expects firms will slash their headcount — but not necessarily the fat associate paychecks the industry has recently seen trend upwards. Rather, firms will likely continue to up the ante on salaries to compete for top talent until it creates a real divide between the law firms that can offer top dollar and those that can't. 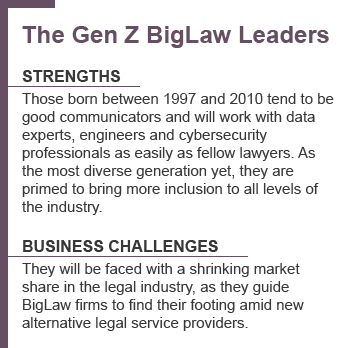 "Thinking you're one of the firms that will be doing M&A in 20 years and being wrong — that can be a fatal mistake," said Keith Wetmore, a Major Lindsey Africa consultant.

Most deals-based and corporate practice areas will be dealing with an ever more complicated morass of international regulations on data and privacy. To help cut through that, there will also be more companies that use technology to ensure contracts across countries and languages are standardized, but still meet each jurisdiction's particular rules. 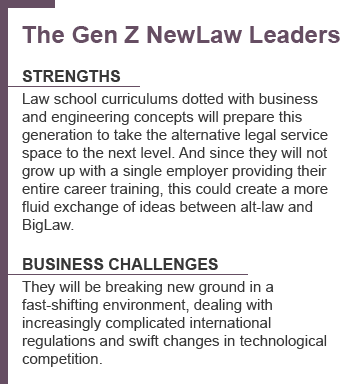 While some of the industry's current alternative legal service providers, or NewLaw as some have been dubbed, have recently been struggling, experts predict that will change in the future and Gen Z lawyers coming through today's educational pipeline will be primed to push this emerging sector forward.

"By their nature, some of these are simply going to fail. Startups and upstarts have a higher failure rate," said Furlong.

"I think what we will see over the next two decades is a movement away from lawyer-dominated legal service providers into service providers that are augmented by lawyers. So it basically turns the industry on its head," said Kowalski. 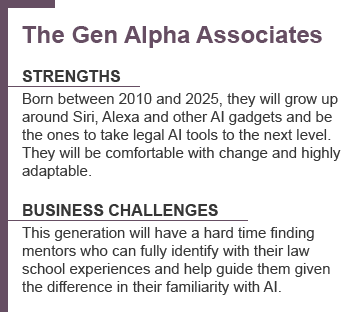 "I think it will become really normal and boring," said Foges.