Precedent Is A Starting Point, Not An Ending Point 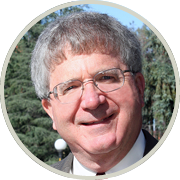 Michael W. McConnell is the Richard and Frances Mallery Professor and director of the Constitutional Law Center at Stanford Law School. He is a senior fellow at the Hoover Institution and senior of counsel to Wilson Sonsini Goodrich & Rosati PC. Read more From 2002 to 2009, he served as a judge on the U.S. Court of Appeals for the Tenth Circuit.

A great deal of the talk about the decline of stare decisis on the U.S. Supreme Court is hypocritical. Very few people object when precedents they dislike are overruled. They reserve their consternation for instances when the other side overrules precedent that it dislikes.

We recently went through a presidential campaign in which one candidate loudly and repeatedly said she would appoint justices who would overrule Citizens United v. Federal Election Commission.

Other precedents most liberals would happily overrule include District of Columbia v. Heller and McDonald v. Chicago on gun rights, Shelby County v. Holder on the Voting Rights Act, and maybe the precedents limiting affirmative action. Why would it be improper for the conservative side to have a similar list?

One of the reasons for the recent focus on precedent is Justice Clarence Thomas' concurrence last term in Gamble v. United States, where he stated that the court should overrule demonstrably erroneous precedents — a position arguably dating back to the English jurist Sir William Blackstone. Notably, in that case, he voted not to overrule the long-standing dual sovereignty exception to the double jeopardy clause.

Following precedent is a natural and normal course of action for decision makers of all kinds, not just judges. If confronted with a hard problem, most of us will ask: Has this ever come up before? What was done then? And we will follow the same course now, unless something has changed or we believe that the old decision was a manifest mistake or injustice.

Past decisions are a starting point, not an ending point. That is essentially Justice Thomas' position. And Justice Ginsburg's. And, if the truth be told, it is the position of almost every justice on the court, whatever they may say about their fealty to stare decisis.

Generally, paeans to precedent are written by justices who agree with the precedent being overruled. In those cases, precedent is doing no work, except as a cudgel with which to beat the other side. On the day that a justice provides the decisive vote to keep a precedent he or she thinks is both wrong and important, I will take their odes to stare decisis more seriously. I cannot think of even one such case.

A strict adherence to precedent is inconsistent with both of the major theories of constitutional interpretation prevalent today.

For an originalist — a person who believes the Constitution should be interpreted as it was likely understood by those who adopted it — precedent obviously cannot overbear clear evidence of original meaning. Precedent can be, and in fact is, a supplementary doctrine, where original meaning is in doubt and the virtues of stability and consistency come to the fore. But only that.

Moreover, a clear overruling is often more desirable, even from the perspective of the values of stare decisis, than the most common alternative, which is for the court to distinguish precedents on flimsy grounds. This practice liberates lower courts to decide future cases whichever way they wish, by leaving two inconsistent precedents in place. It produces more uncertainty and more instability than it would for the court to admit it is abandoning the old case.

The degree of alarm over precedent is a function not of how often the court overrules precedent, but of whether commentators and observers approve of the ideological direction of the results.

The Supreme Court under Chief Justices Earl Warren, Warren Burger and William Rehnquist overruled or altered prior decisions at significantly higher average rates than that of Chief Justice John Roberts' court: 2.7, 3.1 and 2.4, respectively, per term compared to 1.5 per term under Justice Roberts.

Why, one might wonder, is anyone focusing on this now?


The opinions expressed are those of the author(s) and do not necessarily reflect the views of the firm, its clients, or Portfolio Media Inc., or any of its or their respective affiliates. This article is for general information purposes and is not intended to be and should not be taken as legal advice.