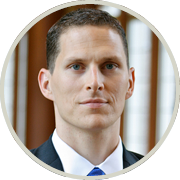 Randy J. Kozel is the Diane and M.O. Miller II Research Professor and associate dean for faculty development at Notre Dame Law School. He is the author of "Settled Versus Right: A Theory of Precedent," published in 2017 by Cambridge University Press.

Each October, as the U.S. Supreme Court prepares for a new year of arguments and opinions, the turning of the leaves heralds an outpouring of attention to the relationship between the court's past, present and future.

The justices will spend countless hours working through factual records and legal arguments in an effort to make sure their decisions are right. But there's also something to be said for the virtues of getting it wrong — at least when getting it wrong means allowing the law to remain stable even as the court's composition changes.

From the moment of their nomination, the justices undergo immense scrutiny of their attitudes toward Supreme Court precedent. When they encounter a prior decision they think is wrong, will they overturn it? Or will they tolerate errors despite having the power to correct them? For years, the justices have talked about fixing the mistakes that need fixing while making sure the law remains stable. That's easier said than done, and the court's opinions offer a range of perspectives on how to strike the right balance.

Earlier this year, Justice Clarence Thomas argued that in many cases, upholding a flawed decision isn't just a bad idea — it's an abdication of duty. He reasoned that when a decision is demonstrably mistaken, the justices are obliged to set the record straight.

Justice Thomas' important opinion, which draws on the work of several leading scholars, is part of an age-old debate. At one end is the view that every judge should do his or her best to get the law right, even if that means overruling prior decisions. At the other end is the view that judges should resist the urge to overturn decisions they think are wrong. Most judges and commentators fall somewhere in the middle, concluding that some flawed decisions should be upheld even while disagreeing about when it's appropriate to overrule.

It's hard to dispute that Supreme Court justices should strive for accuracy. But different justices embrace different philosophies about how to interpret the U.S. Constitution. There are pervasive disagreements over the role of original meanings, evolving understandings, practical considerations and beyond.

If each justice interprets the law based on his or her individual philosophy, the position that wins out will be the one that commands a majority. When the justices are closely divided about the best way to interpret the Constitution, a single retirement can tilt the balance, leading to the overruling of decisions that conflict with the new majority's philosophy. Years later, as the pendulum swings back, another round of overrulings can occur as the next majority puts its stamp on the law. And so on.

This doesn't mean the justices are being political. It means they see the law in different ways. Yet there's still a problem. Supreme Court rulings aren't supposed to ebb and flow as individual justices come and go. If they do, it's much harder to maintain the idea that the content of the law is separate from the identity of the judge.

Now consider the path of the law if the justices share a commitment to respecting the Supreme Court's precedents. By tolerating decisions they think are mistaken, the justices promote the durability of legal rules and the ideal of the court as more than the sum of its parts.

Respecting prior decisions also fosters a spirit of compromise and humility. On many constitutional questions, reasonable minds can differ. That goes not only for the resolution of concrete disputes, but also for broader questions of judicial philosophy. This isn't to deny that legal questions have right (and wrong) answers. It's simply to acknowledge that a judicial philosophy can be reasonable even if, at the end of the day, it's wrong.

We're ultimately left with dueling visions of American constitutional law. There's the vision in which each justice decides cases based on his or her individual philosophy. If the prevailing philosophy shifts, constitutional rules will shift along with it. The law will cycle back and forth, with each side trying to show that its philosophy is best. Only if one side succeeds will there be continuity over time.

The other vision is one in which the justices set a high bar for overruling prior decisions, even if they're flawed. That approach underscores the court's identity as an enduring institution. And it reflects the belief that the best way to constrain the justices is to insist on fidelity to precedent as a source of common ground.

The Constitution doesn't expressly say how to handle precedent. So in choosing between these approaches, we need to make an inference. We might conclude that the judicial duty to uphold the Constitution requires overruling decisions that are clearly wrong. Whether a decision is perceived as clearly wrong will depend on the philosophy of today's majority, so if the majority changes, the trajectory of the law might change, too.

But maybe another inference is more consistent with the Supreme Court's role in the constitutional framework. Maybe the Constitution is best understood as creating a stable Supreme Court whose interpretations are supposed to be steady. On this understanding, the court's prior decisions play a key role in disciplining the law and constraining the justices. Unlike Congress, which is remade every election season, the court maintains its identity.

To be sure, fidelity to precedent comes at a cost. Justices who refrain from overruling a flawed decision are giving up an opportunity to improve the accuracy of the law as they understand it. And history teaches that some of the court's defining moments have involved breaks from the past. That's why no one thinks the justices should be completely foreclosed from revisiting prior decisions. The point isn't to freeze every mistake, but to make sure overrulings are the exception rather than the rule.

That aspiration animates the court's various statements describing precedent as fundamental to the rule of law. As the justices ready themselves for another year of cases, the question, as always, is how principle will translate into practice.