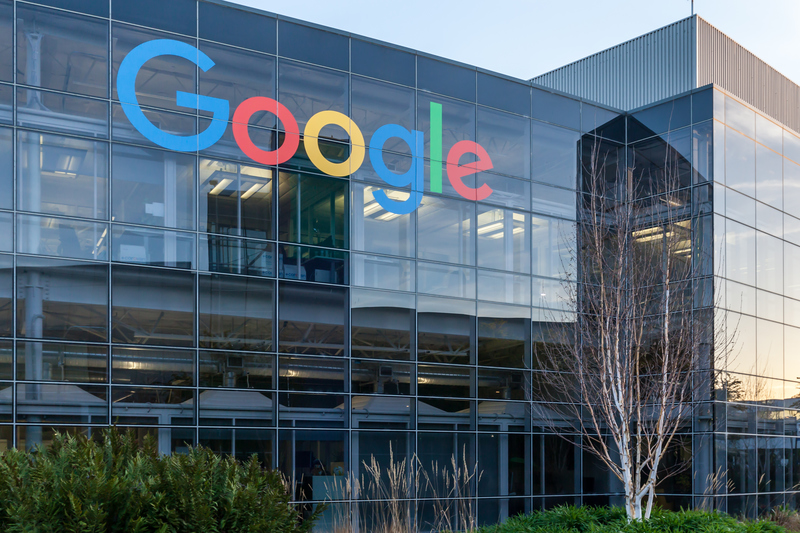 Surprise funding in the form of class action settlements has helped legal aid groups close budget shortfalls and provide more services, but a pending U.S. Supreme Court case could change all of that.


On Oct. 31, the high court will take a hard look at cy pres deals, in which class action settlements allocate a portion of the funds to nonprofits when the parties and the judge have agreed the money can't be feasibly distributed to class members. Most often, these are the leftover, unclaimed portions of settlement funds.

But a challenge to an $8.5 million privacy settlement that has Google LLC paying millions to third parties — and nothing to class members — opens the door for the Supreme Court to issue a broad ruling that could wipe out even these driplike funding streams for legal aid organizations that have come to value the small windfalls.

Many cy pres opponents argue that the tool is ripe for abuse, allowing lawyers and even defendants to inappropriately funnel money to favored institutions. They also say legal aid organizations are a poor substitute for direct restitution and that the growing popularity of cy pres is encouraging plaintiffs' attorneys to file questionable class actions.

But legal aid organizations and other nonprofits are concerned the case, Frank v. Gaos

, could wrongfully widen the justice gap. Those backing cy pres — especially when it's used solely as a tool to deal with leftover settlement cash — say legal aid groups are the next best use for such funds.

"They have this theory that cy pres is some underhanded way that the companies are handing money to organizations. That's not true, and that does a great disservice to the judges approving it," said Sally Greenberg, executive director of the National Consumers League, which does both advocacy and legal services work on behalf of consumers.

The use of cy pres — pronounced "sigh pray" — in class action settlements is a relatively modern phenomenon. The practice arose about three decades ago out of desire to keep settlement money from reverting to a defendant if there were any unclaimed funds.


Often, settlement funds in major class actions never get fully used because many plaintiffs who could claim a share of the cash never bother to, especially if the piece of the pie is just a few dollars. Cy pres took off after Congress in 2005 curtailed the use of coupons in settlements as a substitute for direct cash, a practice that had led to a proliferation of unclaimed funds.

These days, about $15.5 million of cy pres distributions are funneled to legal services organizations every year, according to the American Bar Association. Twenty-three states and Puerto Rico have enacted rules authorizing cy pres awards from class action settlements to be distributed to legal services organizations, often at the urging of ABA-backed state access to justice commissions.

In Washington state, a change to a court rule helped spur cy pres awards to the Legal Foundation of Washington, which last year used $321,900 in awards to help close a budget shortfall,  according to the organization's annual report. The rule has boosted the portion of class action residuals in the state court system specifically earmarked for the organization from 25 percent to 50 percent.

But while these residual deals make up the bulk of cy pres arrangements every year, there have also been an increasing number of mega-settlements, such as the Google one at the heart of the pending Supreme Court case, that give more money to nonprofits than to class members.

The petitioners in the case, Theodore Frank and Melissa Ann Holyoak, see the Google settlement — which is funneling money to some of the lawyers' alma maters — as an abuse of the class action system.

The ABA supports neither party in the case, but it filed an amicus brief calling on the high court to find that legal services organizations are proper recipients of cy pres awards. In a climate where legal aid organizations are often struggling for funding, the unexpected windfalls can be a buffer for lean times.

"It gives us some stability that we can put some money in the bank, maybe earn some interest on that and use the money also to hire staff, to keep the lights on and keep computers buzzing," Greenberg said.

Several legal aid organizations have used sizable cy pres infusions to launch significant programs aimed at broadening access to justice for indigent people. Equal Justice Works launched a fellowship program in 1992 for post-graduate lawyers working in underserved communities with the help of a cy pres award, and the Chicago Bar Foundation uses some of its cy pres awards every year to operate courthouse "help desks" to assist pro se litigants, according to an amicus brief filed by those groups and six other legal aid organizations in support of the respondents.

An attorney for the groups declined to comment on the case ahead of the Supreme Court's oral arguments.

Equal Justice Works, the Chicago Bar Foundation and other nonprofits have asked the high court to find that cy pres distributions to legal aid organizations are appropriate given courts' developing rules to rein in abuses and legal aid's nexus with the same access to justice principles as class actions.

"Legal aid organizations do reasonably approximate class actions because they do the same thing, and that's access to justice. Class actions provide access to justice in a lawsuit that they couldn't pursue individually," said Cindy Cohn, executive director of the Electronic Frontier Foundation.

Frank and Holyoak, the petitioners asking the high court to rein in cy pres, contend that this practice of funneling settlement money to nonprofits has opened the door to improper class actions including, they say, the one at the heart of the Supreme Court petition.


"The fact that legal aid organizations do good things and could use the money doesn't justify the means," said Frank, who is also director of the Center for Class Action Fairness at the Competitive Enterprise Institute.

At the core of their petition, Frank and Holyoak are attacking "cy-pres only" settlements like the one in the underlying Gaos v. Google case, which accused Google of selling user search terms containing personally identifiable information to advertisers.

The negotiated $8.5 million settlement divided among a potential 130 million class members would yield 4 cents per class member — an administratively infeasible situation, even before attorneys' fees and administrative costs. So instead, the funds will go to a host of nonprofits.

Opponents of cy pres are encouraging the justices to use this case to firmly define when and where the tool can be used in class actions. They contend cy pres has encouraged the plaintiffs bar to file expansive class actions that can rarely feasibly provide direct benefits to class members, which they consider an abuse of the class action tool.

While Frank does not entirely oppose unclaimed settlement funds going to legal aid organizations, he argues it should only happen when it is entirely impossible to distribute those funds to class members, in order to deter the filing of questionable class actions. Million-dollar cy pres distributions of residuals, such as the $2.7 million leftover from a settlement with Bank of America several years ago in a nationwide securities class action, should not exist, according to Frank.

Courts and counsel need to work harder at finding ways to distribute those funds directly to class members, Frank said. In support of this, Frank and Holyoak have also proposed the Supreme Court embrace a so-called "proportionality rule," where class counsel are only paid attorneys fees based on direct benefits to class members and not including cy pres distributions.

How Much Will It Matter?

By and large, most legal aid and other nonprofits contend that they don't — and can't — budget for cy pres since it comes in at such sporadic and random intervals.


"There have been years where we have gotten significant cy pres and other years where its dropped down to nothing, so it's not something you can count on at all," said F. Paul Bland Jr., the executive director of Public Justice, a legal advocacy nonprofit that files lawsuits — including class actions — on issues such as civil liberties, consumer rights and workers rights.

The funds rarely make up a majority or even a significant chunk of legal aid groups' annual budgets. A review of tax return forms from the last three years for several nonprofits that disclosed cy pres contributions, including the Legal Aid Society of New York and Greater Boston Legal Services, showed cy pres usually accounted for less than 10 percent of an organization's budget.

In many ways, the Supreme Court has already helped curb some of the worst abuses of cy pres.

, an appeal of a $10 million settlement in a class action over Facebook's short-lived Beacon program, which broadcast users' purchases. The deal was controversial for much the same reason the Google case is in that cash was not given directly to consumers but instead was directed to various organizations.

But in maintaining the Ninth Circuit's decision not to meddle in the settlement, Chief Justice John Roberts made the unusual move of issuing a statement, saying the court would be willing to take on a future case that provided the "opportunity to address more fundamental concerns surrounding the use of such remedies in class action litigation."

Several organizations and experts have noted a decline in cy pres-heavy settlements since that message from the court, which in turn has already forced legal aid organizations to rely less on such distributions.

Last year, the Chicago Bar Foundation rejiggered its budget because starting in 2014, cy pres — which had formerly been a stable revenue source responsible for about $1 million, or 20 percent, of its annual budget — declined significantly, according to its 2017 annual report. Among the adjustments it made were a mix of reductions to grants, operating expenses and other programs.

Additionally, as a greater spotlight has been placed on cy pres abuses — such as funds that are allocated to charities affiliated with judges or class counsel involved in the settlement — many nonprofits have become more careful about the distributions they accept.

Public Justice, for example, has turned away cy pres proposals that they felt would be wrongly coming to them at the expense of the class members or other groups that were better aligned with the class's interests.

In one instance, the group realized that plaintiffs' counsel had the names and addresses for class members but chose to subtract a proposed cy pres award earmarked for Public Justice from the larger settlement while it was still being distributed.

"I think they felt we did good work and were trying to be supportive. We just felt like it was the wrong approach," Bland said. "We felt it was inappropriate."

Still, cy pres distributions can have a significant impact in aiding consumers, particularly in lower income brackets, through legal aid organizations and make more sense than letting that money revert back to a defendant, Bland said.

"There are people who want to eliminate cy pres entirely, which we think would be a mistake and terrible policy," Bland said.

Natalie Rodriguez is a senior features reporter for Law360. Follow her on Twitter. Editing by Brian Baresch.