Kavanaugh's Approach To Access Depends On Whom You Ask 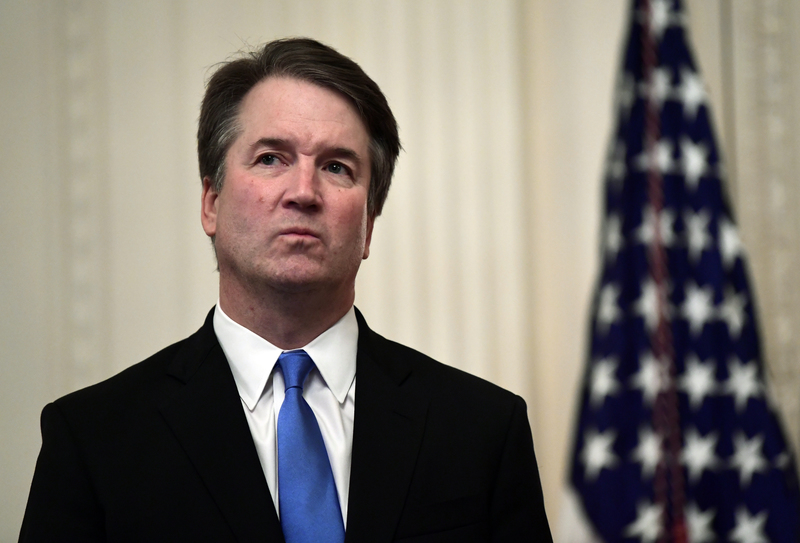 
During Justice Brett Kavanaugh's confirmation process this summer, public scrutiny focused on sexual assault allegations and his position on Roe v. Wade. But where he might land on important access to justice cases that come before the high court has received little attention in comparison.


A number of rulings in the civil arena have stoked fears among liberal groups that the jurist will be more inclined to favor business plaintiffs over consumers, disfavor class action and pro se plaintiffs, and generally limit the access that common people have to the courts.

The NAACP's Legal Defense and Educational Fund issued an analysis of several of his rulings on Aug. 30 saying he "has shown special solicitude to well-heeled business interests, yet has failed to appreciate the harms suffered by the less politically and economically powerful."

Conservative legal scholars say Judge Kavanaugh has expressed a more limited view of Article III standing, a hurdle plaintiffs must clear to get a judge to look at the merits of their cases. But they say such rulings are more a reflection of the judge's views on the role of the courts rather than access to the system.

Stephen J. Ware at the University of Kansas School of Law said that the very phrase "access to justice" has been used by advocates to protect complicated statutory and regulatory schemes set up by progressive legislators and regulators over the last century, beyond mere contract and tort cases.

"When they have access-to-justice arguments about those kinds of cases, they're not arguing about access to justice," Ware said. "They're arguing over whether this claim should exist at all."

Despite writing more than 270 opinions during 12 years as a judge on the D.C. Circuit, Judge Kavanaugh has said relatively little on access to justice issues, ultimately leaving scholars with an incomplete picture of how he might rule.

"Justice Kavanaugh has a thin record on civil procedure and litigation policy, so it is hard to know where he stands," said Brian Fitzpatrick, a professor at Vanderbilt Law School and former clerk for the late Justice Antonin Scalia.

When it comes to threshold issues in civil cases like standing and ripeness, Judge Kavanaugh has appeared to zero in on whether the claims are based on economic or non-economic damages, said Kerrel Murray, an NAACP Legal Defense and Educational Fund appellate litigation and policy fellow.


That can be a key issue, since civil rights cases often hinge on non-economic injuries.

In 2008, Judge Kavanaugh rejected the non-economic injury claims of two retired U.S. Navy chaplains who claimed the Navy's retirement system improperly favored Catholic chaplains. The chaplains, who were Protestant, said the Navy exempted their Catholic colleagues from a forced-retirement policy, sending an unconstitutional "message" of favoritism.

But granting the Protestant chaplains standing to sue would "wedge open the courthouse doors to a wide range of plaintiffs alleging Establishment Clause violations," he wrote for the 2-1 panel's majority.

In contrast, Judge Kavanaugh last year granted standing to a timber trade organization suing the government alleging new protections imposed on millions of acres of forestland cut into its members' profits. In that case, Carpenters Industrial Council et al. v. Ryan Zinke, Judge Kavanaugh said it was "common sense" that the government's action would lead to a decrease in profits.

"He tends to be more skeptical when there's no economic injury involved," said Murray, who helped author the NAACP report.

Judge Kavanaugh's take on class actions has raised similar concerns about the access of plaintiffs to the courtroom, notably the fiery dissent he wrote in a case brought by taxpayers alleging the IRS failed to properly refund overpaid taxes on long-distance phone calls.

The en banc D.C. Circuit allowed the putative class complaint to survive dismissal in a majority opinion by George W. Bush appointee Judge Janice Rogers Brown. Judge Brown showed empathy for the plaintiffs and took the IRS to task for its "virtual obstacle course for taxpayers to get their money back."

Judge Kavanaugh, however, saw the plaintiffs differently. In his dissent, he accused them of making a calculated decision not to go through the agency's recovery process, and not to file individual suits, in order to cash in on a class action.

"It seems that plaintiffs have deliberately avoided filing individual refund claims with the IRS and filing tax refund suits because they think they have a better chance of obtaining class certification if they don't take those steps," Judge Kavanaugh wrote. "And class certification is a necessary prerequisite to the class-wide jackpot plaintiffs are seeking here."

His use of the word "jackpot" suggested to some legal scholars an antipathy for class actions.

"The way he talks about it in that opinion, to me, it's really just showing an animus toward that tool and toward individuals who use that tool, which is definitely concerning," said Dalié Jiménez, a law professor at the University of California, Irvine School of Law.

Class actions can provide redress for class members who aren't able to pay a lawyer individually or might not even fully understand their rights have been violated, Jiménez noted. But the tool has long been criticized by business leaders as ripe for abuse by plaintiffs lawyers.

Fitzpatrick, a conservative legal scholar whose research has found that class actions are effective in deterring illegal conduct, is at odds with conservative business groups over the issue and, like Jiménez, found the "jackpot" comment telling.

"This statement was completely unnecessary and suggests he is skeptical of class action lawsuits in much the same way his conservative colleagues on the court are," he said.

With or Without Prejudice

It isn't uncommon for complaints or claims to be dismissed at an early stage in litigation. Often, judges give the plaintiff a chance to change the way their case is pleaded in their lawsuit so that it might proceed — that is, dismiss it without prejudice.


But judges also can dismiss a case with prejudice, meaning the claims are effectively dead unless the decision is appealed. While many courts favor dismissals without prejudice in many circumstances, Judge Kavanaugh made a point of writing in one opinion that dismissals with prejudice should be the default.

In the 2012 case Rollins v. Wackenhut Services, a D.C. Circuit panel unanimously dismissed a suit brought by the mother of a security guard who used his company-issued gun to kill himself. But Judge Kavanaugh took the extra step of writing an additional concurring opinion in which he says the court should go further.

The D.C. Circuit, Judge Kavanaugh argued, should default to dismissals with prejudice, rather than the more plaintiff-friendly converse that it has been practicing. In other words, judges should permanently dismiss cases more often, and should only be required to explain their reasonings when they give plaintiffs another chance.

Dismissals for failure to state a claim under Rule 12(b)(6), he wrote, "are with prejudice unless the district court in its discretion states otherwise" and "do not require particular justification by the court."

His short but dense, procedural opinion seems unlikely to attract much public attention or discussion outside of the legal industry, but it could have a big impact on plaintiffs seeking their day in court, according to access-to-justice advocates.

Justice Kavanaugh's suggestion, though the majority did not agree, suggests a lack of concern toward plaintiffs who might struggle with procedural hurdles before getting a chance to have the merits of their case heard, advocates said.

Greg Smith was the attorney for the plaintiff in Rollins v. Wackenhut, and he practices frequently before the D.C. Circuit. He said he has had several cases before Judge Kavanaugh and never felt the jurist was unfair or unreasonable. However, he said that if the circuit court ever ends up agreeing with Kavanaugh's reading of the rules, it could be problematic.

"You would have more cases thrown out without the ability to fix problems," he said. "It raises the specter that cases could be dismissed with prejudice, forever, on technicalities, and it certainly also suggests there could be cases dismissed forever without the judge without even explaining why."

Judge Kavanaugh took a similarly dim view of the opportunities plaintiffs should be given to plead their claims in a pro se case involving a man who alleged the Saudi royal family kept 29 of his sculptures, worth over $12 million, and broke its agreement to pay him for them.

Amid problems serving the defendants, the case, Angellino v. Royal Family Al-Saud, was dismissed without prejudice. However, a D.C. Circuit panel reversed the dismissal 2-1, stating among other findings that pro se litigants are entitled to more opportunities to correct problems with service and pleadings.

Kavanaugh wrote a short and sharp dissent, arguing that "the two district judges who handled the case gave Angellino ample opportunity to pursue the suit."

For the NAACP, the decision "raises unfortunate questions about how a Justice Kavanaugh would treat pro se (and other politically powerless) parties at the court."

However, conservatives faced with such arguments have countered that justice in the courts must cut both ways.

Fitzpatrick, the Vanderbilt Law School professor, generally said that advocates tend to define access to justice as purely pro-plaintiff, which he said is a mistake.

"Access to justice should also include concern with how easy it is to defend yourself when you are sued," he said. "Defendants are entitled to justice just as much as plaintiffs are."