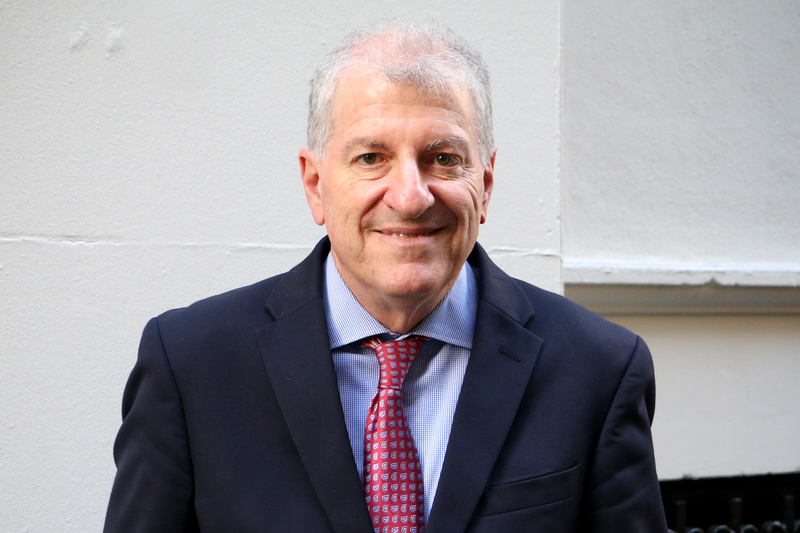 
Ever since his days as a young boy enrolled at a Quaker summer camp, David Udell has been interested in justice.

The executive director of the National Center for Access to Justice, housed at Fordham Law School, said the "values-driven experiences" he had at camp, coupled with growing up in the shadow of Watergate, taught him a core lesson "about the importance of the rule of law applying to everyone in our society."

"There's this sort of consistent line in my life of wanting to give the law its due and to try to make the world more just," he told Law360.

That line has led him to leadership roles in the national civil right to counsel movement, the national indigent defense reform movement, and initiatives to strengthen the Legal Services Corporation, America's largest single funder of civil legal aid. Before helping establish the NCAJ in 2010, Udell spent more than a decade at New York University's Brennan Center for Justice, where he oversaw litigation, research and public advocacy work.

Now he focuses on using data to increase access to justice through NCAJ projects such as the Justice Index, which ranks states according to metrics like support for people with disabilities or those without lawyers.

Udell is also part of a team including political scientist Alyx Mark and MacArthur fellow Rebecca Sandefur that won a $50,000 National Science Foundation grant to help "give access to justice research the vigor and definition of a field."

Here, Udell talks about the grant and the underlying problem it seeks to address, plus more about how NCAJ's Justice Index has helped raise awareness about America's access to justice problem.

Why isn't access to justice, an issue that affects millions of Americans, a more well-established field of study?

There are lots of scholars who work on matters that are pertinent to the fairness of the civil justice system, but they don't define their work as access to justice. They define it as family law, or the problem with evictions and gentrification, or how many people are in substantial debt.

A part of what these scholars do is focus on the dysfunction in the civil justice system. But because access to justice has not been identified as a field, it's been harder for these scholars to attract support from the government and also from the world of philanthropy for their work.

And as a result, the field has languished in ways where it could grow much more substantially.

What do you hope to achieve with the NSF funding?

This particular grant is intended to bring some of the senior scholars together with young emerging scholars, as a way of educating everyone about best research strategies, opportunities, connections across disciplines or across academic fields — and heightening the visibility of the field.

We see intense interest in drilling down into how much of a difference justice makes in people's lives and allowing them to escape poverty by holding jobs, by obtaining an education, by unifying their families, by preserving their homes, by strengthening communities.

The focus of the National Science Foundation grant is on examining the ways in which justice and access to justice can help to stabilize lives in all those multiple domains.

What can law schools do to increase focus on access to justice?

It's always been astonishing to me that students can go through three years of legal education without ever learning that for most people who end up in court, there'll be a lawyer on the other side and they won't necessarily be able to afford a lawyer or be entitled to a free lawyer, at least in civil legal matters. The idea that you read case after case or decision after decision in law school, and it seems as though people are represented on both sides, when the reality is so different, is a startling idea.

I'm a champion of making sure that people who go to law school at least are exposed to and introduced to the idea of what really in our society are the courts of the poor.

One of the NCAJ's flagship projects is the Justice Index — what does it do, exactly?

The Justice Index is intended to help everyone understand what the justice system is doing and not doing. One of the most important ways is simply by making the best practices across the country visible.

There is a very smart book that Heather Gerken — who's now the dean at Yale Law School —- wrote when she was a law professor in the aftermath of the Bush versus Gore national presidential election debacle, "The Democracy Index: Why Our Election System is Failing and How to Fix It." It showed that you could incentivize states to improve their voting systems by comparing the performance of each state to the next. And so we adapted that vision of a healthy competition between the states to create this tool that ignites a race to the top as state officials compete with one another on reform.

How has the index worked?

It's been cited in campaigns within states, for example, to establish access to justice commissions. When we initially published the Justice Index, the state of Oklahoma did not have an access to justice commission. And now it does, and one of the steps in between was a citation in the press and in advocacy meetings within Oklahoma about the fact that the state's ranking was so low.

Another example: One of our criteria in the Justice Index is whether or not states charge money for the provision of interpreting services to people with limited proficiency in English.

One of the states that did not prohibit judges from charging money to the parties for their interpreter, as soon as our Justice Index finding came out, the state realized that it had lost points on that measurement. The state now has on its website a clarified policy so that judges will no longer have any ambiguity about whether or not they can charge money for free interpreting.

What is access to justice research revealing about America's criminal justice system?

This is actually a moment in which, in part because of the inequality across the land and the heightened perception of how unequal society is, a great deal of attention is being paid not just to the criminal justice system, but also to the civil justice system. And especially to the intersection of the two: the idea that we have just one justice system.

It's experienced by people as a single justice system, and insofar as it's established through history or serendipity or administrative structure to be two systems, there's an increased understanding that people sometimes enter through one end and end up in the other.

Update: This story has been updated to include additional information about the NSF grant-winning team.