Victims with lawyers won a groundbreaking decision last month that Secretary of Labor Alex Acosta violated the Crime Victims’ Rights Act as a U.S. attorney back in 2008, when his office shelved a sex trafficking investigation against millionaire money manager Jeffrey Epstein as part of a secret non-prosecution agreement. 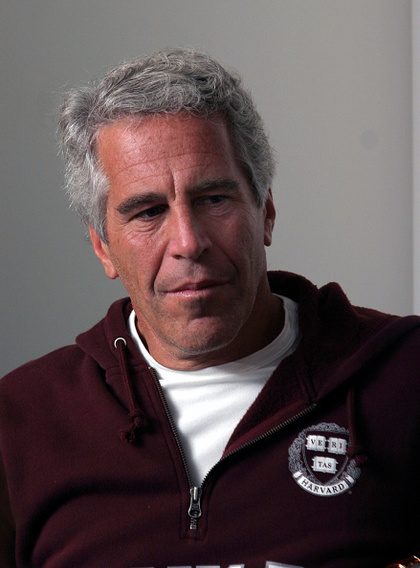 Millionaire money manager and sex offender Jeffrey Epstein benefited from a non-prosecution deal that U.S. attorneys hid from victims. Thanks to a recent court ruling, the women now have a chance to invalidate the deal. (Getty)

Now all eyes are on the docket to see whether two Jane Doe plaintiffs can use the CVRA to set a major precedent: Will victims force the federal government to reopen a sex trafficking probe into a man they say molested them more than 10 years ago?

The 2004 law guarantees alleged victims several rights, including the right to confer with the prosecution and to be reasonably heard at hearings involving pleas or sentencing. But because then-teenaged girls were kept in the dark until after the non-prosecution agreement, or NPA, was signed, U.S. District Judge Kenneth A. Marra said they had “no opportunity to be heard.”’

“Particularly problematic was the Government’s decision to conceal the existence of the NPA,” the judge noted.

His Feb. 21 ruling gave the government and two plaintiffs, now in their late 20s and early 30s, a little over two weeks to decide “what remedy, if any, should be applied.” But on the eve of the deadline, the U.S. Department of Justice requested 90 more days for newly assigned attorneys to get up to speed in the case.

Last Monday, lawyers representing the women pressed for a 45-day extension instead and added that the “framework for a remedy is already fully developed.” The lawyers cited a previous order in the 11-year-old case in which Judge Marra found the CVRA could be used to authorize a “setting aside of pre-charge prosecutorial agreements.”

Meg Garvin, executive director of the National Crime Victims Law Institute, said she’s not aware of any precedent for the CVRA being used to invalidate a non-prosecution deal. In her view, the government’s “entrenchment to not help remedy the rights violation” was extreme.

“It took what, 10 years? Of lawyers trying to get recognition that these CVRA rights have meaning,” Garvin said. “Hopefully, after this case, the next survivor won’t have to litigate for 10 years. I would expect legal aids to be doing more and more of this in the years ahead.”

She also noted that such tenacious representation on behalf of victims is not guaranteed by the American justice system, in which the defense represents the defendant and the prosecution represents state interests that don’t necessarily align with the victims’.

“The only survivors being listened to are those with lawyers,” Garvin said. “So what the lawyers in this case are doing is helping set precedent in the hopes that there isn’t another egregious moment of ignoring victim’s rights — so those survivors in the future who don’t have lawyers get some benefit from all of this.”

At the center of the case is Epstein, a mysterious former math teacher who’s reportedly managed billions in investments for an elite and confidential clientele despite lacking a college degree. He’s also cultivated a reputation for philanthropy and socializing with figures like President Bill Clinton, actor Kevin Spacey, and President Donald Trump.

In a 2002 interview, Trump said he’d “known Jeff for fifteen years,” adding, “it is even said that he likes beautiful women as much as I do, and many of them are on the younger side.” The quip took on new meaning in 2005, when Palm Beach police began investigating reports that Epstein had been molesting high school girls in his waterfront mansion.

According to a Miami Herald investigative series published in November, increasingly “overwhelming” evidence helped turn what started as a local investigation into a federal one that identified 36 underage victims. Most of them said they’d been recruited by other teenagers to give “massages” that turned sexual in return for $200-$300 payments.

By May 2007, Acosta’s office had prepared a 53-page indictment against Epstein and his co-conspirators. But the federal charges would never see the light of day: that October, Acosta signed off on a non-prosecution agreement requiring Epstein to plead guilty to one state charge of soliciting a 14-year old prostitute and register as a sex offender.

The only survivors being listened to are those with lawyers. So what the lawyers in this case are doing is helping set precedent ... so those survivors in the future who don’t have lawyers get some benefit from all of this. 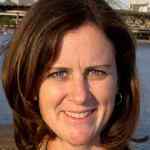 Epstein would go on to serve just over a year in the private wing of the local jail. None of the three dozen identified victims appeared at his state sentencing; they’d been assured the federal probe was still ongoing.

“While the Government spent untold hours negotiating the terms and implications of the NPA with Epstein’s attorneys, scant information was shared with victims,” Judge Marra wrote in his opinion last month. “Instead, the victims were told to be ‘patient’ while the investigation proceeded.”

Coverage of the case led to calls for stronger prosecutorial oversight as well as a DOJ review of Acosta's conduct. But in a Miami Herald op-ed published before the ruling came out, Acosta’s former assistant U.S. attorney Jeffrey Sloman defended his old boss’s work on the case, noting that obstacles like uncooperative “terrified” victims led the prosecution to pursue two primary objectives: compensating the victims and protecting others.

Although the “resolution was not perfect,” Sloman said it did require Epstein to pay each known victim between $150,000 and $250,000, as well as agree to up to 18 months incarceration.

“Some have mistakenly suggested that our office kowtowed to Epstein’s high-priced defense lawyers,” he wrote, referencing a team that included former Special Counsel Kenneth Starr, Harvard Law professor Alan Dershowitz, and former White House adviser Jay Lefkowitz, among others. “You can disagree with the result we reached, but our whole team — from Alex on down the chain of command — always acted with integrity and in good faith.”

What Makes a Victim

Neither Epstein’s lawyers nor those representing the plaintiffs responded to requests for comment on the case. But according to Yasmin Vafa, a human rights attorney and executive director of anti-sexual exploitation group Rights4Girls, Acosta let Epstein off easy with the state prostitution charge.

Under federal law, she noted that children cannot consent to engage in prostitution or be sexually exploited. In 2014, Florida lawmakers amended the state statute under which Epstein was charged: it now states that “a minor is unable to consent” to prostitution and directs prosecutors to apply laws against forced child sex abuse and trafficking.

But even back in 2007, Vafa said Epstein’s deal diminished the victims by “painting them in a less sympathetic light.”

“Labeling a child a prostitute is a very convenient way of absolving child predators from accountability,” she said.

Arguing that the victims consented to Epstein’s behavior was the crux of his legal strategy, according to letters and memos unveiled in court filings. Lefkowitz wrote Acosta a December 2007 letter in which he said the girls should not be informed of “fictitious ‘rights’” because they had lied about their age and at least one testified she’d consented to the acts.

For Vafa, that kind of thinking explains how the victims’ CVRA rights were violated in the Epstein case.

She added that, because victims rarely have lawyers, “they’re not necessarily going to know whether the CVRA has been adhered to” in a case.

“Oftentimes we’re trusting prosecutors to be following the law; you wouldn’t expect that they wouldn’t be following it, or in this case, actively subverting the law,” Vafa said.

Florida state Senator Lauren Book told Law360 that in the end, “money, power and influence” all played a role in Epstein’s case. The politician who’s made a name for herself by pushing bills to combat human trafficking and strengthen victims’ rights said the opportunity to reopen the Epstein probe comes at just the right time for sending a clear message “across the country.”

“Victims will be heard and if you commit a sex crime, you will be held accountable to the highest extent of the law,” she said. “It does not matter who you are, or how much fame or fortune you have amassed, what is done in darkness will come to light.”