The Rise of the Progressive Prosecutor 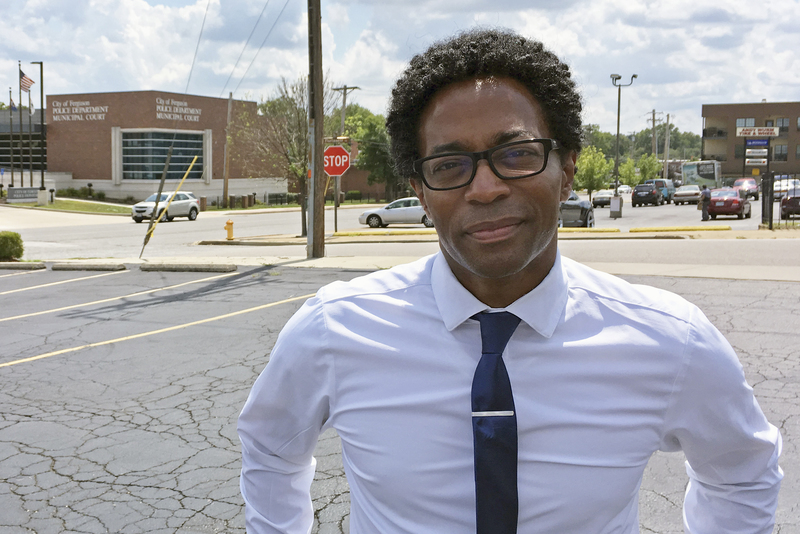 Elected chief prosecutor of St. Louis County in 2018, Wesley Bell is part of a new wave of progressive prosecutors looking to use their office to implement criminal justice reforms. (AP)


In November 2017, Wesley Bell made his decision to run for prosecuting attorney in his native St. Louis County against a nearly three-decade incumbent. The contrast with his opponent was stark.


Bob McCullough had come under fire in 2014, when he oversaw the grand jury probe into the police killing of Michael Brown in Ferguson, Missouri, which resulted in no charges. Bell had been elected to Ferguson's City Council in the wake of the protests sparked, in part, by the shooting.

Among Bell's campaign promises, as he ran for chief prosecutor, was a pledge to appoint a special independent prosecutor in cases of shootings by police. In an August primary, he walked away with 57% of the vote. He skated to victory in the November general election, unopposed.

"Change tends to scare people," Bell told Law360 recently. "And when you have an example of maybe an office or individual that's been doing the same thing for 10 or 20 years, and they've gotten good at it, coming in and doing something different often knocks people off balance, if you will."

"I think that's been the biggest obstacle: explaining the 'why' in addition to the 'what,'" he added.

In a September primary, Rachael Rollins, another prosecutor running on a platform of criminal justice reform, handily won a primary race to be the head county prosecutor for Boston, with a 16-point lead.

Along with Larry Krasner, the reform-minded former public defender who became Philadelphia's district attorney in January 2018, Bell and Rollins represent part of a new wave of progressive prosecutors taking office and getting their names on ballots across the country.

They ran on a host of proposals that vary in their particulars, but emphasize ending or limiting cash bail, prosecuting fewer low level nonviolent offenses, increasing police accountability and introducing more transparency about prosecutorial decisions.

In most cases, it is too early to measure the impact of their policies, but the prosecutors are already making waves in the criminal justice system and forcing a re-evaluation of the question: What makes an effective prosecutor?

Until relatively recently, district attorneys did not lose elections to candidates like Krasner, Bell and Rollins. In fact, they rarely lost elections at all.


According to a 2014 study, incumbent prosecutors ran unopposed in 80% of their races for re-election. Even when they were opposed, they still won 70% of the time.

For activists who have zeroed in on these prosecutor elections as an avenue for criminal justice reform, the rise of the progressive prosecutor represents new voter awareness about the roles prosecutors play in assessing what charges to bring, whether to incarcerate, negotiating plea deals and recommending sentencing.

"Prosecutors are the most powerful, unaccountable, and least transparent actors in the criminal justice system," said Udi Ofer, director of the ACLU's Campaign for Smart Justice, whose goal is to cut the U.S. incarceration rate in half. "If we're ever going to end mass incarceration in America, we must overhaul prosecutorial practices."

Criminal justice reform experts point to the activism of Smart Justice, as well as a host of other organizations, for driving voter education and turnout. Many also identified the unprosecuted police killings of black men and boys — such as Brown in Ferguson, Eric Garner in New York and Laquan McDonald in Chicago — as catalytic moments in a nationwide awakening of voters to the power prosecutors hold.

Taylor Pendergrass, who oversees the electoral efforts of the Smart Justice campaign, said that reform-minded prosecutor candidates are having more success getting their message out in "places where we've seen communities have suffered for a very long time from the tough-on-crime approaches that have decimated their neighborhoods without making safety."

For the first time in recent memory, candidates for prosecutor are eschewing familiar "law and order" rhetoric and emphasizing a vision of "public safety" that can't simply be measured in arrests and convictions.

"You never loosened up," he said. "You only toughened up."

For all the emphasis placed on the power prosecutors hold, they face bureaucratic inertia and potential opposition from line prosecutors, police officers and other government officials.


For example, Rollins was hit with a Massachusetts state bar complaint from an Indianapolis-based pro-police advocacy organization in December, about a week before she took office. The group accused her of violating rules of professional ethics by campaigning on a promise to roll back prosecution of some nonviolent crimes, such as trespassing and petty larceny.

On a more fundamental level, reform-minded prosecutors may have to reckon with whether they can deliver on their campaign promises to bring about transformative change given the limitations of their positions.

"A lot of what's happening today, in my opinion, about criminal justice system is being driven by slogans and cliches," said Jonathan Blodgett, president of the National District Attorneys Association.

Blodgett, who is in his fifth term as district attorney of Essex County, Massachusetts, just north of Boston, says the narrative of the "progressive" prosecutor has gotten undue emphasis, and that many of the prongs of the candidates' campaign platforms have already been in force for years.

"I chuckle when I hear people who call themselves reformers say they're not going to prosecute low-level drug offenses," Blodgett said. "Who has been? No one does that. We give people diversion, we give people drug court. No one is going after someone who has a bag of weed."

He said he is more troubled by the way he sees the conversations advanced by the reformist guard sidelining legislators, by candidates publicly promising not to prosecute certain low-level offenses by default, and marginalizing victims.

"I don't hear progressives talk about how they are going to help victims of crime," he said.

Even some academics who study criminal justice reform wonder whether the emphasis on putting progressive advocates in prosecutor's offices is misguided.

Jeffrey Bellin, a law professor at William & Mary, has argued that the local prosecutor's power to unilaterally change the system has been overstated and the activism that promulgates that message represents a "blinkered approach."

Prosecutors seem "very powerful" when they're acting in line with what other local politicians, judges and police chiefs want, Bellin said.

"It's a little less clear what happens when prosecutors take bold policy stands that these other actors disagree with," he said.

In February, Krasner's office released a report revealing that a year after instituting changes to its cash bail policy, there was no increase in recidivism, crime or failures to appear, as critics have warned would happen.


The report represented some of the first hard evidence to gauge the impact a progressive prosecutor can have, even in areas where they exert influence but have no direct control, such as setting bail, which is determined by a judge.

Krasner's office identified 25 nonviolent, non-sex-related charges, making up 61% of all cases, where the bail was set so low it was effectively only a punishment for those too poor to pay it. The office instituted a policy of not recommending bail for those charges, with the result that nearly 1,750 defendants were released without cash bail in 2018.

"We hoped this policy would allow people to return to their lives, their families, their jobs, and their communities," Krasner said in a statement. "We hoped it would reduce our county jail population. We believed, based upon our research into other jurisdictions, that it would not cause a crime spike or result in defendants skipping court."

It is still early days for other metrics on whether newly elected progressive prosecutors are making a difference.

A spokesperson for Krasner said the office is planning to release more reports demonstrating the effects of his policies. Bell, who promised to enact a "data-driven, restorative model of justice" in his campaign, said that his office will hire a data analyst with the intention of gathering information tracking its progress. Kim Foxx, who was elected state's attorney for Chicago's Cook County in 2016, has made case-level data publicly available going back to the beginning of the decade with the intention of making hers the most transparent prosecutor's office in the U.S.

Even if advocates are able to gauge the success of individual reformists in office, it will be difficult to see how those policies translate to nationwide reform.

Many of the reforms discussed in the context of city prosecutors' offices — such as diverting defendants to specialty courts and addiction treatment centers — only apply to areas with the population density to support such facilities, said Pamela Metzger, director of the Deason Criminal Justice Reform Center at Southern Methodist University's Dedman School of Law.

Moreover, challenges endemic to more rural areas, like limited numbers of public defenders or infrequent court dates, are well outside the purview of even the most reform-minded prosecutor.

"The question is how effective are we at translating this conversation that we're having in our cities into rural America or exurban America," Metzger said.

For now, other candidates for prosecutor are stepping forward under the reform banner.

Chesa Boudin, a public defender running for San Francisco district attorney in the first wide open race the city has seen for that office in a century, said the progressive wave is reflective of a national, bipartisan agreement that the criminal justice system is broken and in dire need of change.

"We see that manifesting ... in the election of people who five, 10, 15 years ago, would have been extraordinary as candidates for district attorney, and frankly who themselves would not have wanted to run for that role," Boudin said.

He counts himself among that group and has sought counsel from some of those same once-unthinkable candidates — now elected district attorneys — since he kicked off his campaign.

"Inevitably with any policy innovation or significant social change project, there are growing pains and there are mistakes that are made," Boudin said. "I'm lucky to have a few other folks who have made those mistakes and learned the lessons that I can benefit from."