How A Fee Win For Lawyers May Help Disabled Workers 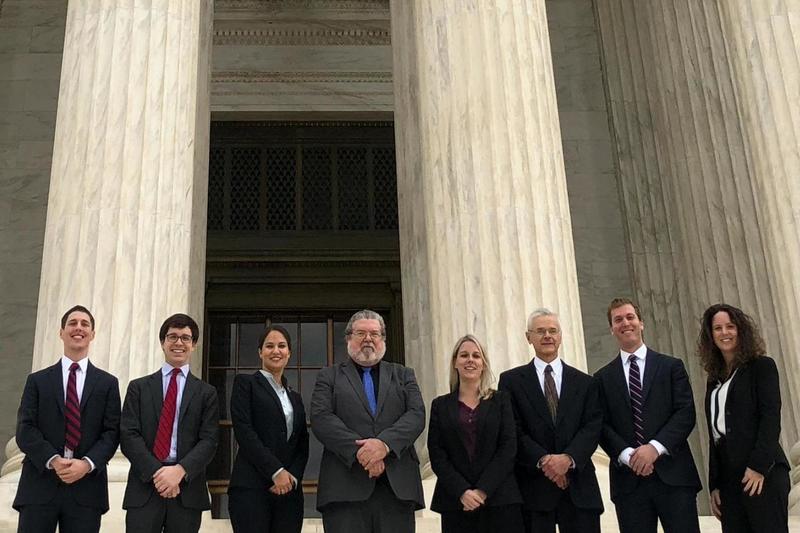 Attorney Richard Culbertson (center) and members of the Supreme Court Litigation Clinic at the University of Virginia School of Law recently won a high court ruling that they say could increase the pool of attorneys for Social Security disability claimants. (UVA Law)


In her nearly three decades at Publix Super Markets Inc., Jackie Gammon did everything except cut meat. She pushed carts. Stacked shelves. Checked out customers. The only on-the-job constant for her, it seemed, was pain.

For years, something was happening inside Gammon's body that she didn't understand. When she finally got a diagnosis — fibromyalgia, a complex chronic pain disorder — she was thrust into another baffling system: the Social Security disability claims process.

Gammon had a hard enough time getting a diagnosis in the 1990s, when the American medical academy was just beginning to understand fibromyalgia. Getting the Social Security Administration to do anything but reject her claim outright would have been impossible without an attorney, she said.

Every year, roughly 3 million Americans file Social Security disability claims, according to the agency that administers these benefits. Just 33% see their claims approved, and only two-thirds of those receive the benefits on the first try. The other third win their benefits on appeal.

The rest? They either give up, continue fighting the denial on their own or — like Gammon did — hire an attorney.

"I think I would've been shut down a long time ago if it weren't for [my lawyer]," said Gammon, who had faced rejection on her own.

Gammon's medical bills drained her savings account, and she couldn't have afforded an attorney if it wasn't for Social Security lawyers' unique pay structure, in which attorneys get paid only if they win the case.

A U.S. Supreme Court ruling earlier this year created a uniform method for allocating fees across judicial jurisdictions, ensuring attorneys will have access to higher fees regardless of where they practice. Practitioners are mixed on the impact of the ruling but hope it will attract more attorneys to the field of Social Security disability law so more people like Gammon can get help.

They also hope it will secure them enough money to sustain their practices' financial health, which can be precarious due to the nature of accepting jobs without a guaranteed fee.

Gammon's attorney, Rick Culbertson of Orlando, Florida, is the one who brought the fee dispute to the Supreme Court , and he said that's what he hoped for.

'You Saved My Life'

Since 1956, the Social Security Administration has made disability benefits available to people whose long-term medical conditions make completing their jobs impossible. 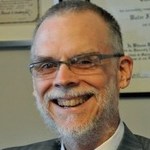 Recognizing that many Social Security disability claimants are in poor financial health, the federal government devised a payment scheme whereby lawyers receive a portion of their client's judgment if they win and nothing if they don't.

Considering that just 22% of workers receive disability benefits on the first try, the attorneys who help these workers often don't see payment for years, if ever.

Without attorneys, disability benefit applicants can get lost in the confusing maze of the claim process. They must first take their case before an administrative law judge, and if the judge rejects the claim or makes a mistake — which attorneys say is fairly common — they then must go to federal court to dispute the decision.

Attorneys can easily pinpoint errors throughout the process in a way that might not be accessible for a layperson, Gammon said.

That's why people like Martin, who practiced divorce and criminal defense work before moving to Social Security disability law, say they continue doing their jobs despite the relatively low pay.

"When I did divorce work, I never had somebody sending me a letter 20 years later saying, 'You saved my life,'" Martin said. "In this field, I get that all the time."

Polonsky said he has made a good living over the course of his 30 years in the field. But he practices in the Third Circuit, which wasn't affected by a fee cap that dogged disability attorneys in the Fourth, Fifth and Eleventh circuits before the recent Supreme Court decision.

In those circuits, judges interpreted separate limits the Social Security Act placed on fees for legal work before the Social Security Administration and the federal court as a single limit, capping the overall fees at an amount equivalent to 25% of the client's benefit award.

Practicing in the Eleventh Circuit, Culbertson found himself affected by the 25% overall cap again and again. He began to think that the cap was not only unfair but unlawful, too.

About a decade ago, Culbertson was riding high off a series of hard-fought wins. Four times, the Social Security commissioner denied his client benefits, and each time, he convinced a Florida federal judge to reverse that decision.


But when he asked the judge to authorize two sets of attorneys' fees — one for representing his clients before the SSA, the other for his work before the federal court — the judge denied his requests.

When his case went to the Eleventh Circuit, the appellate court ruled that the Social Security Act limited awards for attorneys in Culbertson's position to one set of fees totaling no more than 25% of the benefits awarded. The Fourth and Fifth Circuits had taken the same position in other cases.

Soon after, Culbertson's phone began buzzing with offers to take the case up to the high court. One of those offers came from the University of Virginia Supreme Court Clinic, led by longtime law professor and attorney Daniel R. Ortiz. Culbertson decided to bring Ortiz on to handle his high court appeal.

In the past, Social Security claimants' probability of successfully going up against the agency varied depending on where they were. Now, claimants should have an easier time across the country. 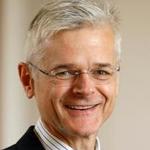 Ortiz, who was not familiar with Social Security law at the time, said he was surprised by the range of attorneys in the field, from local solo practitioners to members of huge national firms.

"Another thing that surprised me, at least for attorneys like Rick, was how hard they have to work to get good results for their people, and how little money many of these people make," Ortiz said.

Ortiz argued that the Social Security Act entitled attorneys to separate fee awards for their work at each level of the disability claim dispute process, and in February, the Supreme Court unanimously agreed.

The justices issued a ruling adopting the fee interpretation advanced by the Sixth, Ninth and Tenth circuits, authorizing two separate awards each capped at an amount equal to 25% of overall benefits.

"When my fees were reduced under the lower court's interpretation, I was barely getting by," Culbertson said. "It's a lot of work, these cases are time-consuming, and you're not going to get rich doing Social Security disability cases in federal court. Under the prior ruling, though, you would get poor."

Citing data from the Social Security Administration, Culbertson had said in his filings with the Supreme Court that the median annual income for attorneys and other client representatives from approved fees taken directly from claimants' past-due benefits was just $20,300. Because of the ruling, Martin, the Atlanta disability attorney, predicted that fees will increase by an average of $6,000.

The win should make it "much easier for Social Security claimants to obtain help," Ortiz told Law360 after the decision.

"In the past, Social Security claimants' probability of successfully going up against the agency varied depending on where they were," Ortiz said at the time. "Now, claimants should have an easier time across the country."

Still, there was sharp disagreement before the Supreme Court on whether the 11th Circuit's approach would really mean fewer attorneys handling such work.

Appointed by the high court to defend the ruling, Amy Levin Weil of Atlanta-based The Weil Firm said in her brief that the number of Social Security cases had steadily increased in jurisdictions that have reached similar conclusions on attorney fees. In addition, according to Levin Weil, Social Security attorneys working in those jurisdictions have been able to rack up court fees equaling a rate of over $1,000 per hour.

"While petitioner suggests that Social Security attorneys earn 'modest compensation' from which they will not 'get rich' ... the data on which petitioner relies shows that in 2013, at least one claimant [representative] received $38.6 million in fees that year — $35 million of which he attributed to his law firm and the remaining $3.8 million he kept," Levin Weil said.

Indeed, some are concerned the ruling could backfire and give Social Security attorneys a reputation as money-hungry.

"I'm worried it will be bad publicity for Social Security attorneys. It'll make it seem like [they] are greedy," said Barbara Silverstone, executive director of the National Organization of Social Security Claimants' Representatives.

Most likely, though, lawyers will continue to seek fees from the government under the Equal Access to Justice Act before they pursue fees from their clients, attorneys said.

"Most disability claimants are very poor. They need all they can get," Martin said. "I don't know any lawyer that wants to go directly to the client."

The ruling's main impact could be to encourage Social Security attorneys who already practice in federal court to continue doing so, rather than abandon cases at the appeal stage because the money isn't good, according to Martin.

"It's still going to be hard to make a living doing it. It may be that what happens is [this ruling] helps the firms who are already doing the appeal work do more of it," Martin said.

Knowing his law firm's financial future is more secure allows Culbertson to continue pushing forward on cases that have spanned years, like Gammon's.

Gammon is in her 10th year of fighting the Social Security Administration. Despite some successes on appeal, she's continued to lose on the administrative level, leaving Culbertson without a fee and Gammon without benefits for the fibromyalgia that continues to wreak havoc in her life.

Still, she said she's grateful she has an attorney willing to continue the fight.

"Rick has been able to pinpoint in legal terms where they have not followed the law or where they have made an error, and supplied legal backing from other cases to back it up," Gammon said. "I wouldn't be able to file those motions by myself."