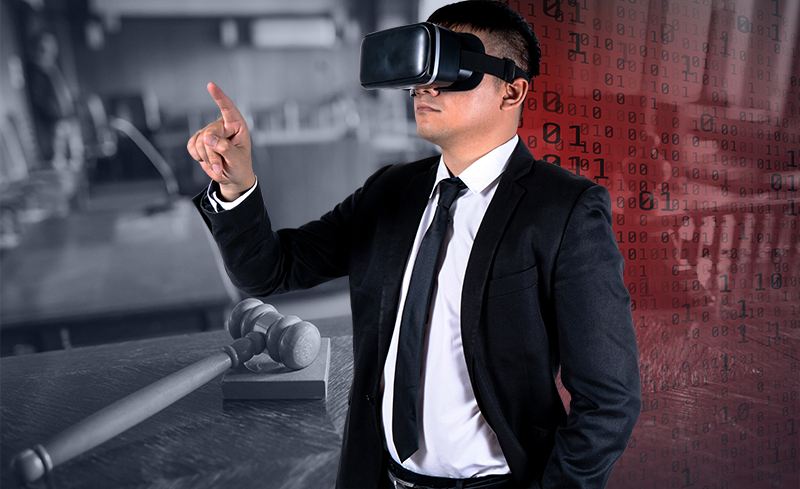 You walk into a courtroom and a woman strides toward you with an outstretched hand, rattling off details about a new case. There's a settlement conference this afternoon, you learn — and you're going to be there representing your new client.

If you don't know who this person is, just look at the words hovering over her head: "Supervising Attorney." Nervous because you've never been in a courtroom before? Don't worry — you still haven't.

This is how a virtual-reality training video begins for some attorneys who have volunteered to handle pro bono renter-landlord cases through the San Francisco Bar Association.

They don virtual reality goggles to prepare for their first courtroom experiences. Harvard Law Access to Justice Lab researchers hope that the program will embolden attorneys who've only worked in front of a computer screen rather than a judge to volunteer at pro bono clinics to help out in the courtroom.

This can be a terrifying prospect for some attorneys, and it's a big reason why many wash out when they discover what's expected of them.

A lot of lawyers who work with us [usually work in] transactional law, contracts, intellectual property issues. They're not used to standing there with a client facing eviction. 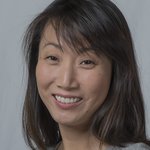 Attorneys even a little bit afraid of working one-on-one with clients and navigating a courtroom might be especially tempted to pass on the opportunity if it's pro bono, since there's no financial motivation to push them through their fears, said Gloria Chun, the director of pro bono services for the San Francisco Bar Association's Justice & Diversity Center.

"Volunteering has this optional component to it that's different than how law firms work, and there are a lot of different options for pro bono," she said. The virtual reality training "has the potential to help a lot of them overcome fear of the unknown, and fear of unfamiliar settings and practices."

The program in San Francisco is one of several planned studies to see whether a 15-minute virtual reality experience might make attorneys usually holed up in cubicles more willing to take on pro bono work and, when they do, win better outcomes for their clients. If it works, it could become a more widely used tool used to prepare attorneys in legal-aid settings and beyond.

While there's certainly no shortage of opportunities for continuing legal education, VR training for lawyers remains rare. Few organizations offer it, and organizers say none offer a program quite like the one Harvard Law's Access to Justice Lab is heading.

Some law schools have used virtual reality as a way to immerse students in lessons. The University of Oklahoma College of Law, for instance, gave law students a tour of an important oil well in Western Texas through the eyes of a flying drone as professors lectured on the workings of the energy industry.

But the Harvard program seems like a unique solution to a problem that cuts across practice areas: courtroom experience has grown tougher to come by. Jury trials are growing more rare, and more senior attorneys tend to handle many appearances — the number of federal civil trials has declined 18 percent since 2014, according to the Administrative Office of the U.S. Courts.

Chun said she's hopeful it will work. She had been a litigator for a decade before she joined the organization, so she knows the anxiety inspired by a first court appearance.

"The night before, I was Googling where in the courtroom I should be standing," she said.

The virtual reality program takes out the guesswork. It is filmed in the actual San Francisco courtroom where those pro bono cases are heard.

It also gets desk jockeys prepared for other quirks of the courthouse experience.

"A lot of lawyers who work with us [usually work in] transactional law, contracts, intellectual property issues," Chun said. "They're not used to standing there with a client facing eviction."

The VR project being studied in San Francisco is spearheaded by Matthew Stubenberg, associate director of legal technology for Harvard Law's Access to Justice Lab. He informally tested a less-polished version of the training in Maryland, where it was well-received.

Stubenberg needed a research project, so he engaged with the San Francisco Bar Association and other groups around the country to study whether it makes attorneys more likely to brave the courts to do pro bono work, and more successful when they do.

For the San Francisco study, all participants go through a conventional, hourlong training class with the Bar. A random selection of those participants will then stick around to don donated Oculus headsets. They're given an introduction to the courtroom and walked through what they'll have to do during their pro bono case.

They can turn around and examine the courtroom and hallways during a training video shot with a 360-degree camera.

Researchers will look at whether attorneys who get that VR experience are more likely to actually commit to a case after training, and whether the VR-exposed attorneys are more likely to obtain a successful outcome for their client. The study is expected to last about a year.

A similar study in Florida is set to start later this year aimed to train at least 200 attorneys to represent pro se clients in debt collection cases. A third study in Chicago slated for the fall or winter would simulate pro bono divorce proceedings.

The San Francisco training program focuses on landlord-tenant law, including interactions with court staff, hallway conferences with the client and negotiations with opposing counsel.

So far, about 20 attorneys have gone through the San Francisco program, with a goal of about 200. But if the programs turn out to be successful, Stubenberg said he might explore other VR applications that could further broaden access to justice, like guiding pro se litigants through courthouses.

For lawyers it's going to be a really awesome training model. And it also kind of spices up the kind of training we can bring to people, rather than the kind of rote CLE presentations. 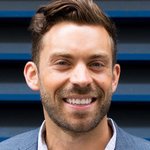 Former Reed Smith LLP attorney Drew Amoroso helped to bring the VR training to the San Francisco Bar when he was president of the organization's group for early-career attorneys.

Amoroso, who now runs a company called DueCourse that trains attorneys and helps them develop their careers, said he expects the VR experience to become more commonplace before long.

"For lawyers it's going to be a really awesome training model," he said. "And it also kind of spices up the kind of training we can bring to people, rather than the kind of rote CLE presentations, just kind of sitting in a room and being talked to."

George Hermina, a veteran attorney and partner at Hermina Law Group in Maryland, said first-time court appearances are some of the biggest concerns of the junior attorneys and law students he trains.

"This is the tip of the iceberg when it comes to VR and legal technology," he said. "I think of all the possibilities where this technology may be eventually used from bringing the jury out of the courtroom through their goggles."

She's most excited to think of the benefits it could have for a new generation of lawyers that spends less time than ever in courtrooms. She said has known BigLaw attorneys four or five years out of law school who have never been to court.

"Nothing is ever going to be as good as the real thing," she said. "There's just no replacement for what it's like your first day in court, but if you can just get some experience ... it can go a long way."