More than 90% of human trafficking and sex trafficking victims say they've been arrested, mostly for trafficking-related charges, according to a 2016 survey by the National Survivor Network.

When federally funded service providers try to help survivors move on from their traffickers, those criminal records can become barriers to housing, education and employment.

Forty-four states offer some form of criminal record relief for trafficking survivors, and since 2014, the federal Office for Victims of Crime has allowed the use of federal funds for expungement and vacating efforts.

Last June, however, the Trump administration moved to block those expenses by inserting a new restriction into the OVC's 2018 budget.

We're at the point now of just trying to get some clear answers: what was the decision making process? What are you trying to accomplish? And if you don't know… then, well, stop. 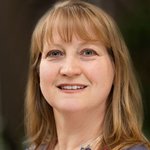 "Direct representation on vacatur or expungement matters through court filings or through other litigation services, is NOT an allowable cost," the budget said.

The change generated an uproar from survivors, advocates, service-providers, local prosecutors and the American Bar Association, all of whom raised concerns that it would prevent access to legal services for people who need it most.

But despite the outcry, similar language in this year's budget once again ensures that grantees will not be able to spend federal funds to help clear the records of those who've been trafficked.

The letter gave the attorney general until Aug. 15 to supply documents and communications that detail the policy's rationale.

"These changes fly in the face of the spirit and plain language of the Trafficking Victims Protection Act and Victims of Crime Act and are inconsistent with the criminal justice reforms championed by the president," the letter said.

Representatives of the U.S. Department of Justice and the OVC did not respond to requests for comment on the change, but in statements last year and a response to the ABA, the government indicated that the change aims to preserve resources for the many other critical services provided under these grants.

That explanation makes no sense to Jean Bruggeman, executive director of the advocacy group Freedom Network USA. She pointed out that available grants nearly doubled from $16.2 million in fiscal year 2017 to $31.2 million for fiscal year 2018.

"Significantly more money was made available to meet all of these needs," she said. "But there was never any analysis presented that showed representation in vacatur and expungement was causing any limits on any other service provision. No service provider I have talked to has ever said that was a problem."

In fact, she said, grantees are saying "because my client has all of these convictions, I cannot refer her to a housing program — I cannot refer him to this employment program."

"The reality is the opposite: when we invest in representation for vacatur and expungement, we are able to stop paying for housing, food, medical care, mental health services ... all of these other programs," Bruggeman said, "because they can either get a job that pays for all of these things or get into mainstream service programs that would help them."

Karen Lash, a former deputy director of the DOJ's now-shuttered Access to Justice office who runs American University's Justice in Government Project, told Law360 that studies have shown wages and employment rates go up and recidivism goes down when people are able to expunge their criminal records.

"Expunging a criminal record acquired because someone is a crime victim is simply the right thing to do to help them heal," she said. "It gives them their identity back."

Some federal funds, administered to states through the Victims of Crime Act, can be used to help pay for expungement services if state-level officials choose to do so, but Bruggeman noted those funds are not explicitly required to fund legal services or serve victims of sex trafficking.

"There are requirements under VOCA to provide some services to domestic violence survivors, child abuse survivors ... but human trafficking is not one of those requirements," she said.

It's not just advocates and Democratic members of Congress that are challenging the administration's restrictions.

The U.S. Department of State's 2019 Trafficking in Persons Report recommended that the DOJ "remove the restriction on victim assistance funding for legal representation of victims in vacatur and expungement cases for the unlawful acts their traffickers compelled them to commit."

Those acts can vary widely, according to the National Survivors Network. Their 2016 survey found that prostitution and solicitation are the most common charges survivors were arrested for, but truancy, drug possession and drug sales were also common.

And run-ins with the law tend to pile up for trafficking survivors, often across state lines. More than 40% of the survey respondents reported being arrested nine times or more.

With every state having its own process for expungement, expecting survivors to figure out how to clear their records on their own can be an unrealistic expectation: over 75% of those surveyed reported that they were unable to vacate their convictions.

If Barr does not respond to the committee's letter by Thursday, Bruggeman said a range of options become available.

"They could have a hearing or they could subpoena," she said. "We're at the point now of just trying to get some clear answers: what was the decision making process? What are you trying to accomplish? And if you don't know ... then, well, stop."