As contenders for the 2020 Democratic presidential nomination talk criminal justice reform, the backgrounds of federal judges are getting fresh attention.

In a Medium post on Tuesday, Sen. Elizabeth Warren, D-Mass., released a comprehensive criminal justice reform plan that pledged to diversify the federal bench, including by appointing more judges with experience as public defenders.

While there are already some federal judges with experience as public defenders, it is far more common for judges to have experience as prosecutors. Some experts have said that the difference in those numbers could tilt judicial thinking in ways that aren't conducive to protecting the rights of people accused of a crime.

Changing that balance on the federal bench could be an important part of reforming the criminal justice system.

"There's always been a dearth of the perspective of criminal defense [among judges]," said Don Saunders, a senior vice president with the National Legal Aid and Defender Association. "It's one of the reasons why we have a society where, while crime is going down, the rate of incarceration has been going up and up and up."

According to the database at the Federal Judiciary Center, which includes biographical data from all federal judges since 1789, 95 federal judges past and present have had experience as public defenders. All were appointed within the past 70 years, during which time it became standard for various jurisdictions to establish formal public defenders offices.

The best social science research out there shows that experience and different perspectives, different identities, do influence judging. 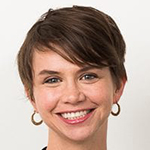 In total, 86 of these judges are still on the bench, though 29 have "senior status," meaning they are semiretired and handle a reduced workload. This is out of 1,300 sitting judges, 767 of whom are on active, as opposed to senior, status.

The first judge with public defender experience was Robert Palmer Anderson, who was nominated by President Dwight D. Eisenhower in 1954. However, two-thirds of the 102 public defenders to have made it to the federal bench were appointed by Bill Clinton and Barack Obama. Clinton successfully named 34 such judges; Obama, 40.

By contrast, prosecutorial experience seems to be far more common.

Though the FJC database does not screen specifically for prosecutorial experience, 345 sitting judges have previously served as U.S. attorneys or assistant U.S. attorneys, though not all AUSAs prosecute crimes. An additional 184 sitting judges match search criteria for "prosecutor," "district attorney" or "prosecuting attorney," though some may fit more than one of these descriptors.

This can affect how judges decide cases and rule on issues.

There is a similar effect when black judges hear cases of racial discrimination, according to Smelcer. These types of effects can also be seen in cases that do not involve discrimination as well.

"Based on this research, you might expect to see the same sort of effect [with public defender experience]," Smelcer said. "Public defenders have had the benefit of being really close to the injustices in the criminal justice system and bring a different perspective to both individual judging if they're trial judges or their panel if they're appellate judges."

Saunders said this effect is especially evident at the nation's highest court. The last U.S. Supreme Court justice with experience similar to that of a public defender was Thurgood Marshall, who retired in 1991. However, multiple current members of the court have worked as prosecutors.

Saunders noted that this might be one factor that has led to recent decisions by the court that have weakened protections for defendants, such as a ruling by Justice Samuel Alito, a former prosecutor, that says suspects under arrest must state they are invoking their right to remain silent in order for the right to apply.

"You can find in those decisions a perspective — a life experience — that comes from prosecuting cases," Saunders said.

Though a prosecutor past doesn't automatically mean a justice is likely to side against defendants, he added, "[Justice Sonia] Sotomayor was a prosecutor, too, but she had a very different life experience, maybe than some of the other justices have had."

Mike Davis, founder of the Article III Project, which is focused on fighting to confirm nominees put forward by Donald Trump, said that while he doesn't agree with Democrats' judicial priorities, he agrees that both Democrats and Republicans should do more to look beyond Ivy League graduates and those with traditional resumes when putting forward nominees.

"I would welcome a broader cross-section of Americans being considered for the bench," Davis said.

However, Davis questioned the motives of Democrats who claim to want more judicial diversity, saying that many Democrats still vote against diverse Republican nominees. What Democrats really want are judges who will "improperly legislate and promote liberal policies from the bench," he said.

While the Warren campaign didn't return a request for comment on her proposal, she has blasted Trump's judicial nominees, saying in a July video that they have shared "a willingness to put a thumb on the scales for the rich and the powerful at everyone else's expense."

Regardless of the political questions, Smelcer argued that differences in judicial decision-making make it clear that federal judges should represent all types of people and work experience.

"You make better decisions if you have a diverse group of viewpoints," she said.

Correction: An earlier version of this story misstated the number of federal judges with public defender experience as well as the number of such judges appointed by various administrations. The errors have been corrected.