Most lawyers don't have to file a Freedom of Information Act request to read publicly filed court papers.


But Brandon Sample wasn't a lawyer yet. He was also facing an even bigger hurdle at the time — he was incarcerated.

Sample was convicted of writing bad checks to buy postage stamps, then selling the stamps for cash. While serving a 14-year sentence, he wanted to challenge the allegedly abusive conditions of his confinement.

But as he tried to build his legal filing in the mid-2000s while shuttling between federal prisons in Texas, Minnesota and elsewhere, Sample kept running into a common stumbling block for prisoners: the prison law library.

Under a 1977 Supreme Court decision, prisons can meet their obligations to provide inmates access to the courts through either a prison law library or a legal professional. The federal Bureau of Prisons and almost all prison systems opt for the library.

But there are many ways to provide a law library — and that's where problems arise, advocates say.

Many states acknowledge access in policy documents as the animating force behind their law libraries, and courts rarely find that shortcomings in the prison library system hampered inmates' ability to file lawsuits. But prisoners and their advocates say resources are scarce and access to the facilities is too restrictive.

"For 20 years, law libraries have been fading in prison," said Margo Schlanger, a civil rights and prisoners' rights expert at the University of Michigan Law School.

, the U.S. Supreme Court established that prisons must provide inmates access to the courts by "providing them with adequate law books or adequate assistance from persons trained in the law," according to the opinion by Justice Thurgood Marshall.

"We hold, therefore, that the fundamental constitutional right of access to the courts requires prison authorities to assist inmates in the preparation and filing of meaningful legal papers by providing prisoners with adequate law libraries or adequate assistance from persons trained in the law." Bounds v. Smith, 1977.


"... An inmate cannot establish relevant actual injury simply by establishing that his prison's law library or legal assistance program is sub par in some theoretical sense ... The inmate therefore must go one step further and demonstrate that the alleged shortcomings in the library or legal assistance program hindered his efforts to pursue a legal claim." Lewis v. Casey, 1996.


But in 1996, the high court transformed Bounds with its decision in Lewis v. Casey

. Under that ruling, prisoners still have a right to a law library, but they must do more than claim the materials or their access to them are inadequate. They must be able to show the inadequacy blocked an independent, meritorious case.

The Lewis ruling defanged the ostensible right to the library, because, as Schlanger noted, prisons "can't very easily be sued for the absence of anything." As a result, she said, those facilities have languished.

In the view of Don T.D. Gala, a retired law enforcement officer who spent his career in federal prisons analyzing inmate needs and programs, the federal system generally does right by prisoners when it comes to providing access to library materials. But states can be a different story.

"The law applies; it's just that some people cheat," he said. "They cut corners. It's easier."

A Patchwork of Resources

Sample — who went to law school after leaving prison — confronted a patchwork of resources riddled with holes when he tried to use the prison law library.

The law applies; it's just that some people cheat. They cut corners. It's easier. 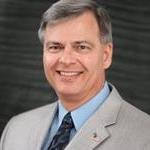 Consultant in corrections
and law enforcement

For example, databases contained opinions, but no briefs, he said. As a work-around, Sample would send a FOIA request to the Executive Office for United States Attorneys asking for copies of briefs so he could see examples of professionally prepared filings.

"There was no other way," said Sample, who now practices criminal defense with a partner.

That restriction in information is the norm, according to federal testimony given in a prisoner rights case by Anders Ganten, a LexisNexis executive in charge of providing electronic legal resources to departments of corrections.

Next to that limited set of primary resources, there are usually some secondary resources, such as the well-known Jailhouse Lawyer's Manual.

Federal prisons like the ones that housed Sample typically get their law library materials delivered on a CD-ROM or flash drive. New versions are sent every three months, meaning information can be as much as three months out of date — a long time for prisoners who have only a year to file a habeas claim.

But for the most part, federal prisons are providing updated citations and volumes in which cases are published "just like a law library would have," said Gala, the Justice Department consultant and prison auditor.

Inmates are able to access the materials when they need to, without undue restrictions to the computer rooms, according to Gala.

"The federal system is really a good model," Gala said.

Still, prisoners in both state and federal facilities frequently complain to courts that their time for legal research is severely restricted and often nonexistent.


In one federal lawsuit decided recently in Wisconsin, prisoner Gregory Tucker said the state considers law library access a "leisure activity." Prisoners have to apply for a special pass to go, and Tucker had difficulty getting approved.

In most of these cases, even at the appellate level, the respective prison authority doesn't file arguments in court. Sometimes it never even enters an appearance. That's because the Prison Litigation Reform Act adds an additional step before a motion to dismiss the case: A judge has to decide whether the claims have any merit.

In Tucker's case, a judge said on July 22 that Tucker's right of access to the courts hadn't been violated.

"The plaintiff says he needs to go to the library more frequently to complete his petition for habeas corpus relief … The plaintiff has not alleged any facts indicating that he is suffering anything more than an inconvenience in being allowed to go to the prison library only once a week," the judge said in dismissing the suit.

A representative for Wisconsin's Department of Corrections did not respond to a request for comment.

Joseph Gerken, a law librarian who was with Prisoners Legal Services of New York for 10 years and now is a reference librarian at the law school of the University at Buffalo, said that during the time he worked closely with the New York state prison system, access to materials was a challenge for everyone, but particularly prisoners in solitary confinement.

"The practices were just crazy," Gerken said about those prisoners specifically.

"I think twice a week the law clerk would come by. [The prisoner] would have to have the correct cite; they could get, I think it was, three cases or articles at a time. And then they'd have to return those in order to get the next three," Gerken said.

Apart from issues concerning access, many prisoners also face an education gap and a higher illiteracy rate compared to the general population. There's also a learning curve for anyone looking to navigate the world of legal research. For prisoners starting down that path, there's little assistance.

"There are always unusual prisoners who, for themselves and for others, manage to get those people access," Schlanger said. "A system that says to prisoners, 'Hey, guess what, you're on your own,' is an inadequate system."

South Dakota is one state that has shaken up its method of providing legal access to prisoners, though not without controversy.

For 20 years, law libraries have been fading in prison. 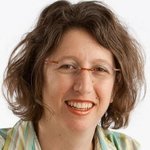 The state has been criticized by prisoners' rights advocates for getting rid of its old system of contract lawyers in favor of tablets, cutting its total legal access costs from about $300,000 to about $100,000 per year.

The job of the prison's sole contract lawyer, Delmar Sonny Walter, had been to help prisoners bring their habeas claims. Two prisoners who sued over the change said the firing of their lawyer took away their practical access to the courts — regardless of the legal research materials that replaced Walter.

In one case, the plaintiff received a court-appointed lawyer, and the case moved to discovery before a settlement this year. In the other, the prisoner pursued the case without counsel, the court granted prison officials' motion to dismiss on the grounds that the claims included an impermissible second habeas attempt, and the prisoner is attempting to get permission to appeal.

But even without that trained professional, South Dakota prisoners are arguably still in a better position than inmates in other states.

That's because inmates are allowed to have their tablets with them 24/7. Provided the tablets are functional and haven't been confiscated, those prisoners have far more "hours at the library" than inmates in other states.

One possible way of boosting access to the courts for prisoners would be for federal and state authorities to adopt common, up-to-date guidelines setting the standards for law library materials, hours of operation and other procedures, according to Schlanger.

The American Association of Law Libraries used to come out with such guidelines every five to seven years, with a degree of support from the American Correctional Association, but in 1996, the year of Lewis v. Casey, that regular updating ended.

A new update could make a difference, Schlanger said, especially if it were to attract support and adoption from individual states' corrections departments and other standard-setting entities.

Such a process would require broad, multiparty support. For now, there's no momentum to get new guidelines off the ground, Schlanger said.

"Without sustained advocacy, it will not happen," she said.