Legal Aid Groups Shouldn't Wait For A Disaster To Act

When people think of providing aid after a hurricane, earthquake or flood, they don't typically think of legal aid, but natural disaster victims often need help with everything from disputes with landlords to appealing a denied FEMA claim to proving their identity after losing key documents.

A new report from the Legal Services Corp., which provides grants to legal aid organizations across the country, says that as natural disasters become an even greater concern, legal aid organizations should be working to establish relationships with disaster-relief agencies and community groups, as well as educating the public and training volunteers, so that when a disaster strikes, they will be poised to start helping right away.

"In the emergency management field, the mantra is, 'The worst time to exchange a business card is after the disaster,'" said Lynn Jennings, an LSC vice president who worked on the task force that compiled the report. "You want to create those relationships beforehand."

In the emergency management field, the mantra is, 'The worst time to exchange a business card is after the disaster,' You want to create those relationships beforehand. 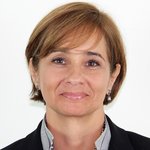 In recent years, the United States has been hit with numerous severe disasters, such as wildfires in California, hurricanes in the Gulf and in the Caribbean, and major flooding in the Midwest. Moreover, experts fear that such events could grow more frequent or more damaging as a result of climate change.

Providing aid to people affected can take many forms, but for many, getting back to normal often requires a lawyer.

"Most people don't realize the civil legal implications of a disaster," said Carl Rauscher, a director at LSC. "They don't realize when you lose the documents in your house, what else you lose."

According to the report issued Tuesday, legal services after a disaster usually happen in three phases.

During the first six weeks after an event, legal aid providers often help victims of the disaster replace identity documents such as birth certificates or drivers licenses; apply for unemployment and protect existing government benefits; submit insurance claims and Federal Emergency Management Agency applications; and deal with utility shut-offs or attempted evictions by landlords looking to increase the rent in light of housing shortages.

After this first phase and through the next few months, lawyers can help with custody arrangements or to ensure public education for kids who have been displaced, deal with landlord-tenant issues, appeal insurance or FEMA decisions, and take action against the types of scams and price-gouging that can occur after a disaster.

In the third phase, attorneys can help with potential civil rights cases, foreclosures, insurance disputes, bankruptcy and other long-term issues. Sometimes this phase can stretch on for years.

Jennings said that one grantee organization, Southeastern Louisiana Legal Services, is still helping victims of the 2005 Hurricane Katrina deal with remaining issues such as attempts by FEMA to recoup money it claims was overpaid.

In order to do that work, Jennings said, organizations need to be prepared for disasters.

The report lays out a series of recommendations for how best to do this, encouraging organizations to reach out to disaster-relief agencies, other aid groups and community-based organizations in order to build relationships long before a disaster hits.

Legal aid providers should also try to educate the public and train people from other relief providers to recognize situations that require legal aid, the report said.

"Like many ... people, emergency managers don't always recognize what is a legal issue," Jennings said. "They just think it's a problem. They don't realize it's legal in nature."

For instance, where an emergency management worker might see a housing problem, she said, a lawyer might recognize an illegal eviction.

The report also recommends that states and courts prepare for disasters, too, by implementing policies such as the "Katrina Rule," which allows attorneys from out of state to provide pro bono legal aid after a natural disaster. Currently, only 18 states have adopted the rule, according to the report.

States should also consider provisions that would extend the statute of limitations for legal claims, allowing people affected by a disaster more time than they would normally have to file a lawsuit.

All of these things, the report said, can be key in helping people rebuild their lives after a disaster.

"The frequency and intensity of disasters is only increasing, and we need to be prepared," Jennings said.