After spending most of her career trying to sway policymakers and legislators to increase access to justice, Karen Lash began to wonder about life on the other side.

So in 2010, the longtime legal consultant, onetime co-chair of the California Access to Justice Commission and former associate dean at the University of Southern California School of Law joined the U.S. Department of Justice's Office for Access to Justice as a senior counsel. 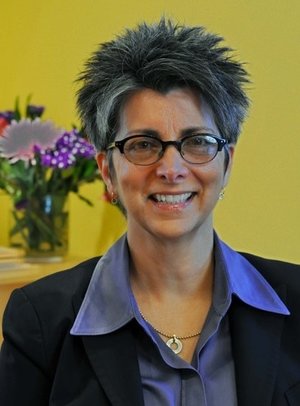 Karen Lash believes civil legal aid is crucial to good governance, and she's on a quest to spread the message.

"I thought it would be really interesting to learn how it works," she said. "Federal government was a huge black box and I didn't know enough about was in it."

The move gave Lash a platform to convene the Legal Aid Interagency Roundtable, a group of federal agencies that came together in 2012 to raise awareness of how civil legal aid can help advance federal goals like employment, family stability, housing and more.

She would wind up spending just over six years at the Access to Justice office before leaving in 2017 to help launch the Justice in Government Project, part of the Justice Programs Office at American University's School of Public Affairs. In that role, she provides training and technical assistance to state and local stakeholders interested in using civil legal aid to make government more effective.

Here, Law360 spoke with Lash on her work in the Department of Justice and more recent efforts to make civil legal aid a more integral part of executive branches around the country.

What is the Legal Aid Interagency Roundtable, and why was it so groundbreaking?

Generally, lawyers are really smart about making and changing laws and getting funding for legal aid to low income people from the judicial branch and the legislative branch, but are much less focused on the executive branch. Everyone knows ensuring justice for all is fundamental to our democracy; not everyone knows it's essential to making sure we have the most effective government programs possible.

So the big idea is that there are myriad government programs aimed at increasing opportunities to get an education, employment, housing, health care, etc., that would be more effective, efficient and fair when they include legal aid.

By the time I left in January 2017, LAIR had 22 participating federal agencies all committed to that big idea.

Those 22 agencies discovered a lot of programs that didn't include legal aid but could — they had the authority to allow it and they discovered that they should, because more people with criminal records will get a job, more domestic violence survivors will break the cycle, more seniors will be saved from financial exploitation and more immigrant children fleeing violence and abuse will find refuge.

What led you to start Justice in Government?

I knew, as a political appointee, that no matter what happened in the elections, I'd be moving on. So I had started to percolate the idea of replicating LAIR: Every state and local government also has an executive branch that's running programs to serve low-income and other underrepresented people, just like the federal government.

I had particular knowledge of which federal funds administered at the state level could allow inclusion of legal services, because that's something that LAIR had clarified. About a third of a state budget comes from the feds.

What types of projects are possible with executive branch funding?

The Victims of Crime Act passed in the 1980s. Among other things, VOCA created the Crime Victims Fund which then allocates funding for every state, territory and D.C. Each state selects administrators that decide how to spend that money, depending on local priorities and consistent with federal rules.

The Department of Justice went through a massive process of consulting the field and found that the unmet civil legal needs of crime victims was a clear priority. In 2016, they published a rule that allowed state VOCA administrators to choose to spend funding on legal aid. State administrators have been tremendously responsive and now more than 40 states are using tremendous amounts of crime victims funds to support legal aid.

Another example came out of the Department of Labor, which already had research and evidence showing that when people are eligible to have their record expunged, employment goes up, wages go up, and recidivism goes down. In 2016, the DOL created a new rule that included legal aid on the list of supportive services considered necessary for the nation's network of job centers.

In Oklahoma, a group called Workforce Tulsa took advantage of that new rule by partnering with the Legal Aid Services of Oklahoma to provide those services and help people ultimately get jobs.

Since Justice in Government started in 2017, Hawaii has launched a state LAIR and the California Access to Justice Commission is looking to do likewise.

What is the Justice in Government Toolkit?

It includes a grants matrix and frequently asked questions about the state administered executive branch funding sources that can be used to support legal aid. It also includes highlights and examples form states that are working with executive branch policymakers to incorporate legal aid.

Do you bill these ideas as "access to justice" initiatives?

I don't really talk about access to justice, because people who are running housing programs, for example, their job is not to ensure access to justice. Their job is to keep people housed. So what I'm really sharing with the people in the housing department of a state or local government is the research that shows most tenants are unrepresented, most landlords are represented, and when tenants are represented, more people stay housed — and the government saves money.

So I don't talk about access to justice: It's the animating principle behind all the work. It's about making government work better.

Correction: This article previously mis-identified the year that the Victims of Crime Act rule took effect. It has been corrected.