A sharply worded sanction warning by a Fifth Circuit judge about “disorderly” filings in death penalty cases could discourage lawyers from pursuing every legitimate appeal in the court before a client’s execution, experts said. 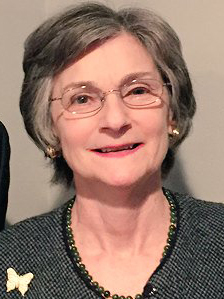 While the source of the December opinion isn’t surprising — U.S. Circuit Judge Edith Jones is a well-known critic of the slow pace of capital cases — experts said her rebuke of a Houston attorney who had complied with her court’s filing rules was unusually harsh.

“This lawyer had a professional and ethical obligation to pursue all available remedies on behalf of the client, even as the state of Texas prematurely set an execution date,” said Jim Marcus, who co-leads the Capital Punishment Clinic at the University of Texas School of Law in Austin.

“To discourage lawyers doing their duties in this way is troubling to me, and probably will chill others from fully and effectively fulfilling them,” he said.

The opinion from Judge Jones came nearly three months after prison officials in Huntsville, Texas, executed Robert Sparks for the brutal murders of his wife and two stepsons 12 years ago. 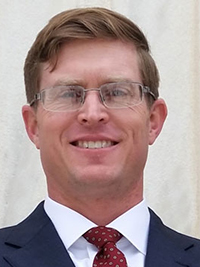 Landers’ motion argued for a stay and raised a so-called Atkins argument that Sparks suffered from an intellectual disability and was thus ineligible for execution.

The judicial pique sprang from the often meandering and often overlapping paths capital cases can take through post-judgment appeals.

In the Sparks matter, Landers was confronted with a Fifth Circuit rule requiring capital habeas petitions to be filed at least eight days before a scheduled execution. Under that rule, the petition was filed before the deadline.

But days earlier, Landers had also filed a similar Atkins-focused petition in a Texas state court, which was still pending as the Fifth Circuit deadline approached. That circumstance put Sparks’ federal petition in conflict with the general principle that the state petition should be disposed of before the federal petition is filed.

The Texas Court of Criminal Appeals did not dismiss the motion until Sept. 23, thus giving the federal court just two days to make its own decision before the execution.

In a letter to the Fifth Circuit filed alongside his motion, Landers laid out the timeline of Sparks’ twin appeals, including the unusual fact that Texas officials had gotten an execution date set in June even though the state and federal appeal processes were ongoing.

He also noted that Texas officials in early June successfully petitioned the U.S. Supreme Court for an extension to file a response to Sparks’ certiorari request, which was unrelated to the Atkins issue.

Days later, the state asked a Texas court to set an execution date, thus starting the clock on any future appeals even though the high court hadn’t yet answered the cert bid. The Supreme Court ultimately denied Sparks’ bid for review and a stay on Sept. 25.

While he said he normally would have waited for the Texas ruling to raise the federal claim, Landers told the Fifth Circuit he’d gone ahead with it after checking with the Fifth Circuit clerk regarding its scheduling rule. He also argued that American Bar Association guidelines for defense counsel in death penalty cases required him to make the eleventh-hour federal filing.

“Counsel is simply striving to perform his function in accordance with his duty to his client, while also following this court’s rules,” he said.

On Sept. 24, the day before Sparks’ execution, the Fifth Circuit denied the petition, saying the Atkins claim had been raised well beyond its statutory time limit.

In an unusual follow-up months later, Judge Jones criticized her fellow panel members for, in her words, seeing “no problem” with Landers’ “plain evasion” of court rules.

She also accused Landers of conjuring a meritless claim that was both too late in the context of Sparks’ federal appeals overall, and simultaneously too early because it was filed before the state case was disposed and thus conflicted with another rule.

“Credit is due for his imaginativeness in manufacturing a premature filing, a device that has not been used before in this court,” Judge Jones wrote, calling the appeal an “affront to the judicial process.”

“I hope this is the last time counsel may undertake such actions without facing adverse consequences,” she said.

While Landers declined to comment, Raffi Melkonian, an appellate specialist at Wright Close & Barger LLP in Houston, said most judges understand the difficulties of death penalty work and give some leeway for attorneys running out every possible appeal strategy.

Melkonian said the opinion could give pause to other lawyers handling death penalty cases but likely wouldn’t stop the death penalty bar from making last-ditch appeals.

“I’d say there is probably disagreement even among the more conservative judges on the Fifth Circuit about whether these kinds of tactics are improper,” he said, noting Judge Jones’ critique of her own court.

“But obviously, you have a duty to do everything you can as long as it complies with the ethics rules. And if you’re going to get yelled at for filing something they don’t like, well, that’s just the cost of being a lawyer.”

In terms of death penalty cases, the Fifth Circuit sees a significant percentage of appeals and post-warrant reviews filed nationally. There have been 619 people executed by states within the Fifth Circuit — including 570 people in Texas alone — since the early 1980s, according to the Death Penalty Information Center.

Death penalty cases also have a “byzantine” set of rules and procedures that can end up punishing a defendant for a late filing, the lawyer if something is too early, “and sometimes vice versa.”

“The reality is, last minute filings aren’t part of a strategic conspiracy, rather they are like the firefighters showing up at a fire,” she told Law360 in an email. “Appellate court judges can fault the firefighter for not showing up before the fire happened, but we don’t have enough fire engines (or defense lawyers) to address these situations in advance.”

Counsel for the Texas attorney general's office in the Sparks case did not reply to a request for comment.