Wanted In Pennsylvania: A Fairer Justice System For Minors

In Pennsylvania, repeatedly testing positive for using marijuana or frequently being late or absent from school can cause minors on probation to be taken out of their homes and schools and placed into juvenile detention centers.

These so-called technical violations of probation should not cause children to be housed inside publicly or privately run facilities that have made headlines in recent months for reports of broken bones, head injuries and other physical and emotional abuses, some juvenile justice reform advocates say.

Pennsylvania plans to spend most of 2020 looking closely at the issue, trying to determine how the state’s juvenile justice system can be reformed to help children not end up in the system to begin with, and how minors who are detained can be protected from abuse and encouraged to succeed.

Announced in December, the Juvenile Justice Task Force will focus on analyzing what drives minors into the state’s juvenile justice system, and on identifying how those factors can be safely reduced, according to documents submitted to the state by Pew Charitable Trusts, which will assist Pennsylvania with the endeavor.

The group will also take a closer look at what policies, practices and programs have been shown to reduce population figures in other states, with an eye toward results that can be supported by evidence, according to Pew.

Members of the task force are expected to be appointed this month and then will deliver a report full of recommendations to Gov. Tom Wolf by November, according to state documents. The governor’s office hopes that changes can be incorporated as part of the state’s 2021-22 budget.

“With this task force, we can thoroughly review our juvenile justice system and find ways to make lasting change that ensures every young Pennsylvanian is getting the support needed to grow into a successful adult,” Wolf said in a statement last month.

This is not the first time in recent years that Pennsylvania has looked to modify its juvenile justice system: During the past decade, the state reformed how it processes minors’ cases, it revised its funding priorities toward favoring prevention initiatives with a proven history of success, and the system for reporting annual statistics was updated, according to a recent report by the Pennsylvania-based Juvenile Law Center.

The fact that people are saying that they’re willing to be a part of this effort is such a positive sign. 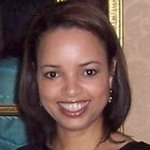 While the numbers are down, there is still immense room for improvement, as reports continue to document repeated abuses at privately operated centers in the state, said Leola Hardy, chief of the children and youth justice unit at the Defender Association of Philadelphia.

Glen Mills, a privately run site in Delaware County, was shuttered in April following reports of systemic beatings of children by its staff members, while a widely circulated surveillance video shot at another site showed a boy knocked to the ground by staff members before his arms are violently twisted.

“They’re supposed to go there to get help,” said Hardy of the children. “But instead of being helped, they are being traumatized.”

Being sent to the centers because of truancy makes little sense, Hardy said, as the children are taken from their classrooms and sent to places where they often fall further behind in what they need to learn, with taxpayers footing a bill that easily runs into the tens of thousands of dollars per minor.

Hardy hopes the task force will take a serious look at such technical violations of probation, with the aim of finding alternative remedies to minors being sent to juvenile detention centers. Keeping out children 14 and under and those charged with a misdemeanor or a nonviolent offense should also be a priority, she said.

Jessica Feierman, the Juvenile Law Center’s senior managing director, believes the task force should keep an eye on race as it looks to make reform recommendations, noting that people of color are disproportionately represented.

Of 122 Defender Association of Philadelphia clients on July 12 who were children, only one was white and non-Latino, the Juvenile Law Center noted in a October report.

Young black people face disparate treatment at every step in the system. 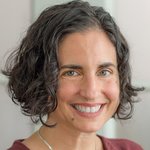 In a report it released in November, Pew highlighted recent juvenile justice reform efforts in states such as Kansas, Hawaii and South Dakota, finding that those jurisdictions used research and data to shape their policy changes and to redirect money earmarked for detention purposes to community-based programs instead.

In Kansas, every minor who is referred to court for a misdemeanor with no prior adjudications is now enrolled in a separate program rather than sent to a detention center. Two years after the adoption of legislation implementing the changes, the state’s total juvenile out-of-home population decreased by 63 percent.

After South Dakota enacted its own set of reforms, it saw a 63 percent drop in the number of children under state custody or supervision over a three-year period, with more minors completing probation and fewer being sent back to centers, according to the Pew report.

And Hawaii has seen a 66 percent drop in the number of children held in its one detention center over a five-year period after a series of reforms were enacted in July 2014, including directing children to alternative programs, using informal procedures for dealing with arrests, and limiting those who can be detained to more serious cases.

Should Pennsylvania officials determine that a child needs to be detained, Hardy and Feierman both believe the state can also learn from a program in New York City known as the Close to Home Initiative, which prioritizes residential programs closer to where children live, rather than see them be sent to other parts of the state.

With Republican and Democratic leaders in the state’s legislature voicing support for the initiative, Hardy said she is encouraged by the current political climate in Pennsylvania.

With reports of failures in the state’s juvenile justice system having circulated for so long, a range of stakeholders appear ready to support real change that will hold authorities accountable and that will ensure that only the appropriate minors are held in detention centers, she said.

“The fact that people are saying that they’re willing to be a part of this effort is such a positive sign,” Hardy said. “I think that shift in mindset is the key to really starting that journey of change and reform.”