Thanks to MoFo’s pro bono training partnership with the International Legal Foundation, Cohen’s know-how is now available to some of the lawyers who need it most: Afghanistan’s public defenders.

“It’s very hard to find a lawyer who actually understands a public corruption offense, never mind being able to afford one,” Cohen said. “Even in the U.S., there are individuals charged with corruption who do not have the economic means to hire their own attorneys.”

Such cases are increasingly common in Afghanistan, where President Ashraf Ghani created the Anti-Corruption Justice Centre in 2016. Its purpose is prosecuting high-ranking government officials for crimes like bribery and money laundering, but according to a May report by the United Nations mission in Afghanistan, 50 out of 87 recently accused ACJC defendants have been lower-level government workers.

Those numbers and what the report said could be a “reduced appetite to indict high-profile figures” have caused defendants who cannot afford counsel to rely on the country’s burgeoning ranks of public defenders for representation in court, presenting a unique challenge for attorneys more accustomed to run-of-the-mill criminal defense cases.

Since 2003, the ILF has been providing legal aid services and training in Afghanistan, which previously lacked a formal, state-level justice system under the Taliban. As part of those efforts, the foundation established the country’s first public defender office, according to ILF Executive Director Jennifer Smith.

“Everything had to be transformed — there were no lawyers practicing in court,” she said. “None of them had experience going in and advocating for people.”

The ILF started teaching attorneys how to tackle basic criminal cases, but according to Smith, Afghan defenders weren’t prepared for the complexities of white collar charges when Ghani established the anti-corruption court.

As an example, Smith described one case in which a military official was charged alongside others in a high-level corruption case that also involved murder charges. Although the official was only being charged with failure to report a crime, Afghanistan’s nascent justice system had lumped him in with others facing more serious allegations.

“There wasn’t a real sophisticated knowledge of what joinder was,” she said, referring to the official's defense attorneys. “They didn’t really know how to seek severance of parties, so we identified that we needed some mentoring support.” 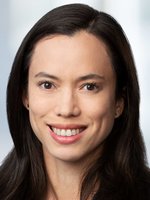 In February 2018, Cohen stepped in to help with situations like that one. Along with Amanda Aikman, a fellow MoFo partner, she got to work learning Afghan rules of procedure and public corruption offenses and began offering case-by-case advice.

“Amanda and I spent time on the phone with them, trying to provide some assistance in real time,” she said. “We then decided to develop some sort of guide, rather than have one-off phone calls with different defense attorneys about individual cases.”

The resulting training manual is now a tangible resource for defenders with white collar clients. It also formed the basis of a weeklong training course that MoFo’s Singapore-based Dan Levison and Sheryl George delivered to 21 Afghan defenders in September. 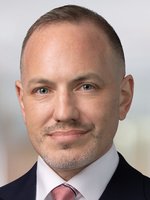 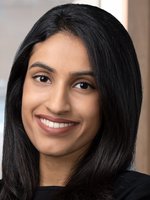 According to a blog post George wrote about the experience, the sessions delved into skills required in reviewing prosecution charges, conducting interviews and building a defense strategy.

“It was obvious that they took immense pride in their roles as advocates for the less privileged, and that they were eager to deepen and broaden their skill sets in order to better serve others,” George wrote.

Smith said the trainings — held in Delhi, India — could happen again in 2020 and added that the Afghan attorneys especially seemed to benefit from the opportunity to go over specific cases.

“These Morrison & Foerster lawyers stepped up and provided something for which there’s no capacity in Afghanistan,” she said.

That lack of practical legal training stems from the fact that many of Afghanistan’s law schools only started about 15 years ago, according to ILF’s Afghanistan country director, Mohammad Waqar.

“Opportunities to learn from experts like Morrison Foerster are critical for growth — and not just for the ILF,” Waqar said. “We constantly share new best practices through our legal clinics for Afghan law students and training programs for Afghan lawyers.”