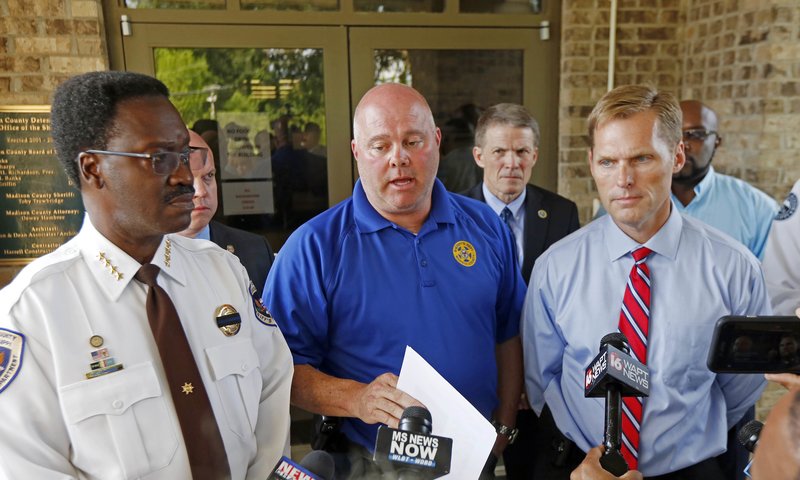 Simpson Thacher joined forces with the ACLU in a suit accusing Sheriff Randy Tucker, center, and the sheriff’s department in Madison County, Mississippi, of racially biased policing. The case ended with a consent decree intended to make the department more accountable. (AP)


Quinetta Manning’s sons were asleep when the knock came at 7 a.m. on June 26, 2016. When she opened the door to her Canton, Mississippi, apartment, sheriff’s deputies barged in, demanding she sign a witness statement for a crime she hadn’t seen.

Manning’s husband, Khadafy, emerged from the bedroom aided by the cane he used for a bad leg. He told the deputies Quinetta didn’t have to sign anything. She knew her rights, he said.

“They got furious,” Quinetta Manning told Law360. “They got to yelling, saying ‘either you’re going to write the statement or both go down to jail and get booked for burglary.’”

The commotion awoke the Mannings’ three sons. They watched as deputies choked Khadafy Manning by the neck, hauled him down to a patrol car in nothing but boxers and a T-shirt and coerced him into signing a witness statement for a nearby burglary, according to Quinetta Manning’s account.

Neither of the Mannings were charged with a crime. But the episode left an indelible mark on their sons — especially the youngest, who was only 5 at the time. He still fears the police.

“He sees a police officer and he panics,” Quinetta Manning said. “Every night before bed he locks the door because he doesn’t want the police to come and get him.”

The Mannings’ story was one of nine outlined in a class action by the American Civil Liberties Union of Mississippi alleging a pattern of racially biased policing by Sheriff Randy Tucker and the Madison County Sheriff’s Department, which the ACLU said disproportionately targeted the county’s minority black population with routine roadblocks, “jump out” sidewalk patrols and warrantless searches.

The lawsuit led to a pair of settlements in October and a landmark consent decree compelling the sheriff’s department to reform its practices. But the case wouldn’t have made it far without Simpson Thacher & Bartlett LLP, which lent nine attorneys to the two-year effort on a pro bono basis.

“Simpson Thacher’s role in the case was essential, and without them this would not have been possible,” ACLU Mississippi legal director Josh Tom told Law360. “Since I’ve been here, that’s the biggest case we’ve litigated, and we couldn’t have done it without them.”

Simpson Thacher didn’t take up the case lightly. A formidable element of proving discrimination is convincing a court that stories like the Mannings’ — however graphic — are not mere outliers, and the lawyers wanted to make sure the numbers backed them up before formally signing on. 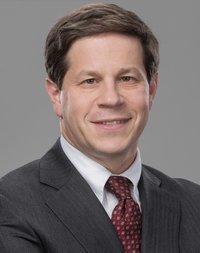 “You can hear stories and have people tell you about their experience, but if you want to bring the case on a countywide or class basis, you are going to need hard, direct evidence of systemic wrongdoing,” Simpson Thacher partner Jonathan Youngwood told Law360.

The firm dove deep into Madison County’s public safety and policing records, wringing data through statistical analyses that plotted the sheriff’s department’s stifling presence in the black community on charts and graphs. The numbers showed a clear pattern of discrimination, according to the firm.

Among the top-line findings: Black people accounted for 73% of arrests in Madison County over five months in 2016, despite making up only 38% of the population. Roadblocks and “jump out” pedestrian patrols — disproportionately placed in black neighborhoods — overwhelmingly led to arrests of black people, often for petty infractions like a burned-out headlight. Of all arrests at roadblocks, 81% targeted black suspects.

The numbers squared with what Simpson Thacher heard from plaintiffs like Bessie Smith, a 60-year-old minister who put it neatly: “The roadblocks end where the white people start.” For black residents like Steven Smith, another plaintiff, the roadblocks often ended in a jail cell, where Smith spent 29 days for overdue court fees he couldn’t pay.

Armed with residents’ stories and reams of policing statistics, Simpson Thacher and the ACLU filed a proposed class action in Mississippi federal court in May 2016, alleging the policies and practices of the sheriff’s department violated black residents’ Fourth and 14th Amendment rights.

“The MCSD’s Policing Program impacts virtually every aspect of Black residents’ lives,” the complaint said. “Simple daily activities — such as commuting to work, grocery shopping, visiting friends and family, attending church, or even sitting on the steps outside one’s own home — present the very real possibility of unlawful and humiliating searches and seizures, as well as the attendant prospect of arrest and jail time for unpaid fines and fees.”

Madison County came out swinging with what Youngwood described as one of the steadiest deluges of court papers he has seen in his career.

“They were not backing down, and sometimes when you litigate against the government, you can find that they have very significant resources to work with,” Youngwood said. “It’s been quite rare in my career that I’ve seen a defense be more aggressive than this one. Every issue was litigated.”

The team found that deputies, including Tucker before he became sheriff, used the N-word on duty. Racial slurs and “white pride” rhetoric were passed around in department emails. Forms used by the department’s narcotics unit came with three fields pre-populated: “black,” “male” and “arrested.

Youngwood said that while there wasn’t a smoking gun, there was ample circumstantial evidence showing the department had a racial bias problem.

“People don’t get on the stand and say, 'Yeah we’re racist and we target minorities,'” Youngwood said. “But we had a fair amount of circumstantial evidence that there was a racial issue within the department.”

The team was dealt a setback in January 2019, when a judge denied its motion for class certification, finding a class of all black people in Madison County was a reach too far.

By then, however, Madison County was ready to make a deal. After three days of negotiations and many more phone conferences, the two sides reached two settlements that were approved in October — one for the home invasion at Quinetta Manning’s apartment and one for the rest of the plaintiffs. Madison County agreed to pay a total of $180,000 to settle the case.

The consent decree — which according to the ACLU is one of the first of its kind imposed on a law enforcement agency in Mississippi — imposes layers of accountability at the sheriff’s department, creating a citizen advisory board empowered to investigate complaints and imposing data collection and training requirements.

The decree also places restrictions on where and how roadblocks can be used, sharply limiting a decades-old practice that the ACLU said routinely violated residents’ Fourth Amendment rights.

In accepting the deal, the sheriff’s department and the county stood firm on their position that there was nothing racist about their policing practices.

“The loss of services to our citizens and cost of defending a second complaint was the deciding factor in this settlement,” Tucker said in a statement provided to Law360. “In order to settle the complaint, we have agreed to document more information that I feel will further show that this administration does not target or profile any race.”

But the ACLU and Simpson Thacher hope that the consent decree will insulate Madison County’s black community from undue police scrutiny and give them the means to redress grievances with the department. The ACLU’s Tom said he believes the decree’s impact could extend beyond the county’s borders.

“I think other law enforcement agencies will hopefully take notice and act accordingly, because this type of lawsuit is certainly within our wheelhouse and it’s certainly something that we wouldn’t hesitate to bring in the future,” Tom said.

For Quinetta Manning, knowing that the siege is lifted in her community is enough. She said that while she still struggles to convince her sons that the police are not their enemies, she hopes they will no longer have to live in fear of the jump-out patrols and roadblocks that once pockmarked their neighborhood.

“That impacts peoples’ ability to go to work, to run errands, see their friends, sit on their steps outside, or even walk down the street,” she said. “These are things that people were afraid to do. And I’m just glad it’s starting to change now. We deserve that justice because it’s been long overdue.”

Update: This story has been updated to include additional attorney names.