Alec Karakatsanis On The Rule Of Law’s ‘Usual Cruelty’

On his first day as a Washington, D.C., public defender, Alec Karakatsanis noticed that “tiny children as young as 8 years old” were routinely chained at their hands, feet and waists during juvenile delinquency hearings. 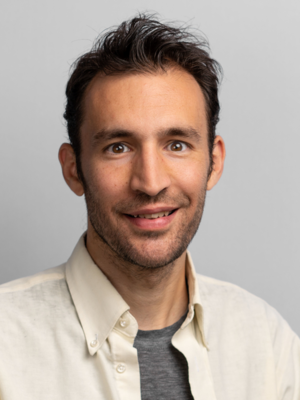 Alec Karakatsanis, a public defender and civil rights attorney, skewers the criminal justice system in his recent book, "Usual Cruelty: The Complicity of Lawyers in the Criminal Injustice System."

In his book “Usual Cruelty: The Complicity of Lawyers in the Criminal Injustice System,” Karakatsanis notes that the D.C. Court of Appeals later refused to decide whether indiscriminate child-shackling was constitutional on the grounds that, by the time an appeal could be heard in any one case, the child would no longer be shackled and the case “moot.”

“Brutality like this feels normal to many people who work in the punishment bureaucracy and to many people in our society — so normal that we can inflict it on a massive scale without needing any justification,” he writes. “[And] almost no one carrying out punishment in our legal system has any clue about whether what they are doing is leading to any good.”

Karakatsanis writes with authority on mass incarceration, having worked as public defender in Alabama and the nation’s capital before going on to co-found the civil rights group Equal Justice Under Law in 2014 with one of his Harvard Law School classmates. He’s since launched Civil Rights Corps, a nonprofit that has won several landmark bail reform cases.

His book, a series of three essays he’s written throughout his career, highlights the problematic role lawyers play in perpetuating injustices like wealth-based incarceration. In an interview with Law360, Karakatsanis outlined some of the ways lawyers can become part of the solution.

Is there a key theme that connects the essays in your book?

One is the incredible gap between the way the law is written in our constitutional scrolls and marketed on our marble monuments, and how the law is lived and experienced every day, particularly by poor people and people of color. When you go around the country and you actually look at what’s going on in courtrooms and especially in jail cells, it’s shocking: blood, urine, mucus everywhere; people chained to each other, chained to desks and chairs and door handles, sleeping in squalor, deprived of basic things like sunlight and fresh air and exercise and kindness.

We’re doing that in over 3,000 local jails all over the country, 400,000 times every single day, just because someone can’t pay money bail. I could go on and on about the immense cruelty, but what’s so striking is just how far removed this is from the lofty principles and words that we use to describe what our law is trying to do in the statutes and the rules that we have created.

You also talk about people being desensitized to the usual cruelty of criminal justice. What do you mean by that?

Just the basic ways that we’ve lost touch with what a thing it is to do to take someone away from their family and put them in a cage — all of us who’ve worked in the legal system have become really desensitized to the brutality of what we’re doing. I myself, when I was a public defender for four and a half years, I never filed a single bail appeal for a client who was in pretrial detention. And we never filed a single request for a client to be released pending appeal.

We all want a society where there are fewer people hurting other people. We just have no empirical evidence whatsoever that the mechanism our legal system has chosen for punishment is actually correlated in any way with — let alone the best way of — producing that society.

Can lawyers and the civil rights cases they file change or reverse the mass incarceration of America’s criminal justice system?

There are two sets of legal cases that have guided my thinking. Take Brown vs. Board of Education — one of the most celebrated cases in Supreme Court history. Ten years after Brown, 30 years after Brown, 60 years after Brown, you have schools that are just as segregated, if not more segregated, in much of the country. So if you don’t challenge or change the underlying structures and narratives that create an injustice, the same mechanism of oppression can be reproduced with a different label.

In contrast, you know, you’ve got the same-sex marriage cases that very smart lawyers brought cases in the late ’70s and early ’80s and basically lost in every court they went to. But then 20, 25, 30 years later, very smart lawyers — some of the same lawyers — brought the same cases over the same six or seven words in the 14th Amendment. And this time, they won.

What role should lawyers play to rectify the problems in the justice system?

I think lawyers need to understand that if you care about these issues and want to fix them, it’s not going to be through the courts and legal systems. Courts, maybe even appropriately, don’t view themselves as agents of radical social change that are going to disturb and disrupt large structures in our society. They’re meant to implement the rules and laws and norms that the rest of society demands.

And so lawyers, first and foremost, have to stop thinking of themselves as the smartest person in the room, who’s got all the answers and is going to lead the charge. They need to think about themselves much more as people who are part of a social movement and have a particular set of skills for a particular forum in which they can tell particular stories. Lawyers need to understand that it's going to be a broader social movement that changes these systems and creates power differentials necessary to demand the system look different.

Is there room in the criminal justice reform movement to increase access to justice in civil courts?

The same kinds of forces that are at play in the criminal system are at play in the civil system: the same inequities play themselves out in landlord-tenant court, in debt collection proceedings, in child and family separation cases in family court. All of these systems are connected.

One of the main arguments in the book is that we need to stop thinking about each of these systems in a silo and understand that they’re all connected to much broader social inequities. And we need to be thinking about how we can build and contribute to a movement that attacks those inequities rather than just tries to make little tweaks in each of these legal systems.