Sentencing Insights From A Chat With Judge Nancy Gertner

In 1983, I asked the incoming president of the National Association of Criminal Defense Lawyers, the late Robert W. Richie of Knoxville, Tennessee, if I might chair a new committee that I was discussing with past president Gerald Goldstein, then of San Antonio, Texas, and now of Aspen, Colorado. Its task would be to represent and counsel criminal defense lawyers who were imperiled with risk of contempt, disqualification, subpoena or bar grievance arising out of their vigorous and ethical defense of their clients. It was to be called the NACDL Lawyers Assistance Strike Force.

The first client of the Strike Force was Nancy Gertner, then a prominent lawyer in Boston. Gertner and her co-counsel had been subpoenaed on the eve of trial in the U.S. District Court for the District of New Hampshire to turn over fee records from certain clients in order to show that if clients could afford top-notch lawyers, they couldn't possibly be menial workers. (Gertner's client was a parking attendant but had the funds to retain her.)

I flew to New Hampshire and testified on behalf of the NACDL Strike Force, which resulted in the judge's quashing the subpoenas:


The use of the phrase chilling affect upon the role of an attorney engaged in criminal defense work by being served a subpoena in circumstances such as this is mild. To permit it would have an arctic effect with the non-salutary purpose of freezing criminal defense attorneys into inanimate ice floes, bereft of the succor of constitutional safeguards.

The monetary problems such as attorneys hiring attorneys (as we have in this case) can be better spent on pertinent matters (a lawyer's time is his stock-in-trade). Also to be considered is the ever increasing specter of malpractice suits, the possible vindictiveness of prosecution counsel towards a successful, recalcitrant, obnoxious or obfuscating adversary, the jeopardizing of the attorney-client relationship, real or imaginary, the reluctance of capable attorneys to continue or to consider a full or partial career in the practice of criminal law and the further depletion in the paucity of capable trial lawyers because of a concatenation of events leading to abuse of process.[1]

The district court quashed the subpoenas, emphasizing the negative effect that it believed the subpoenas would have on the attorneys' ability to defend their clients in the pending state criminal action. The court expressed concern that forced disclosure would jeopardize the attorney-client relationship at a crucial point in the defense preparation.

The could also found that "[t]he actions of the U.S. Attorney are without doubt harassing" and noted that enforcement of the subpoenas in this context would deter attorneys from following a career in criminal law because of the personal and professional traumas resulting from the United States attorney's investigatory tactics.

The government appealed, but the U.S. Court of Appeals for the First Circuit affirmed the decision.[2] 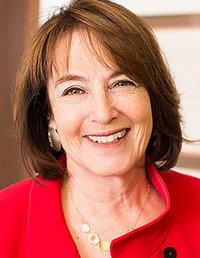 Gertner subsequently was nominated by President Bill Clinton to the U.S. District Court for the District of Massachusetts. Her nomination was strongly supported by the late Sen. Edward Kennedy, D-Mass. She served until 2011, during which time she issued numerous opinions on sentencing issues and was widely published in the area.

She currently is of counsel with Fick & Marx LLP in Boston and a senior lecturer on law at Harvard Law School, where she teaches forensic science and sentencing. She is also writing a book titled "Incomplete Sentences: Gangs, Guidelines and Judges," which is expected to be published by Beacon Press this year.

In the first of a few interviews with Judge Gertner, which took place between August and November of last year, I began by asking her why she resigned from the bench. She gave me several reasons, most of which boiled down to her frustration with the U.S. Sentencing Commission's refusal to take any of her opinions into consideration when reworking the federal sentencing guidelines. She thought she could better contribute to ending mass incarceration by teaching law students, lawyers and federal judges at the Federal Judicial Center on sentencing. She has spoken at several NACDL continuing legal education programs, including the recent white collar program in Washington, D.C., in October 2019.

Following one of her presentations at an NACDL CLE program soon after she took the bench, I asked her what a lawyer can do when he has a serious drug client with a lengthy criminal record who was dealing significant amounts to inner city youths. "Tell me a story," was her response. "Every client has a story."

Many of the 30 judges whom I've interviewed for my Law360 series "Views From the Bench on Sentencing Representation" thought there isn't much a lawyer can do at the sentencing hearing.[3] The judges came out on the bench with a tentative sentence already in mind. If they "moved the needle," it was usually based on the defendant's allocution. Judge Gertner told me she thought differently:


Whenever you have an opportunity to speak, take advantage of it. Make the sentencing hearing a public ceremony. Bring in family, friends, and supportive victims and law enforcement to the hearing. Sympathetic media also. Allocution can be very important if not written by the lawyer. On the other hand, defense counsel has to be very careful about prepping his or her client for allocution and, at a minimum, hearing what he's going to say. Allocution can be dangerous unless the defendant is prepped.

She agreed with me that an offender's stepping up to the plate and owning their mistake and demonstrating sincere remorse was very important. Any effort made toward restitution was one example of demonstrative remorse and carried a lot of weight with her.

Asked how she viewed mental health and substance abuse issues, Judge Gertner said that an individual who sought treatment — particularly before he or she knew he or she was under investigation — often made a positive impression on her. Mental health evaluations could be especially important when they showed what the defendant had done to make up for his or her offense. If an offender ceased criminal conduct before realizing he or she was under investigation, this also could have a huge impact on Judge Gertner's thinking in regard to sentencing.

She entertained and welcomed reasonable sentencing recommendations by defense counsel, particularly from a lawyer who had credibility with her. Since the prosecutors generally recommended guidelines sentences, their recommendations counted for less.

When I asked her to address the government's argument that a significant sentence should be imposed as general deterrence to others, she answered that many defendants, particularly drug offenders and gang members, know they are going to go to prison if caught. Having a felony record for others, especially white collar offenders, can be as worrisome to them as a long prison sentence.

Having taught and written on neuroscience and the law, Judge Gertner values the opinions of mental health professionals, particularly the clinicians who have treated the defendant. She agreed with me that it is a good idea to summarize the experts' report in your sentencing memorandum and then make the experts available to the judge for questions during the sentencing hearing.

Judge Gertner also considered community service performed prior to sentencing, giving special weight to such activity if it was tailored to the crime — for example, older gang members working to dissuade younger ones from criminal activities.

Judge Gertner said she typically began focusing on the sentence she might impose as soon as she received the presentence report and sentencing memoranda of the parties, generally a week in advance of the sentencing. "Presentence memoranda were very important to me if they presented the full picture of the client, warts and all," she explained. But 18 U.S.C. §3553 is an empty vessel to her. "It's a nothing burger. It needs to be filled in in the sentencing memorandum."

Character letters can be important unless they appear to have been written by the lawyer. "You should quote from the better ones in your sentencing memorandum and attach them as an exhibit. Attach others that are good that you are not quoting as a separate exhibit."

If there were significant guidelines issues to be decided, she appreciated counsel who gave her as much time as possible to research these and other issues raised by the parties. She considered a late-filed sentencing memorandum if something came up at the last minute, although often these are submitted by bad lawyers. Sentencing videos were "ok" if not too slick.

In the end, as with most of the judges whom I've interviewed, the "why" question was critically important for Judge Gertner: "Why did your client do what he or she did? I wanted to know what is going on here."

Indeed, this was one of the reasons Judge Gertner was so vocal an outspoken critic of the guidelines:
They didn't take into account why an offender did what he did. For example, why was a drug dealer selling his drugs? Was he doing it to support his addiction? Was he doing it to buy school supplies? Was he doing it because he was living on the street and supporting his younger siblings? The guy who is essentially living high on the hog from drug trafficking is a different offender than the guy who is selling cocaine for school supplies. Also, if this guy had an opportunity to make a living wage, perhaps he wouldn't have had to sell drugs if this guy had neurological damage. If this is your argument, you needed to give me evidence of these mitigating factors. You couldn't just argue it.

I asked her another "why" question: How can defense counsel can endeavor to show a judge why the defendant is unlikely to reoffender. "I found it very helpful when lawyers gave me a plan for their client's rehabilitation. It can be even better if the defendant has embarked on rehabilitation prior to sentencing."

The ultraconservative Charles Koch Institute, on the criminal justice reform section of its website, states that, "Jail should be reserved for people who pose a threat to public safety." In other words, we should be sending people to prison who we are afraid of, not that we are just pissed at.

Judge Gertner agreed and suggested that's a good point to make to a sentencing judge.

For most judges, the key questions they want answered are:

1. Why did your client do what he did?

2. What has he done to own his mistake and demonstrate sincere remorse?

3. Why was the behavior out of character with an otherwise law-abiding life if it was?

4. Why is he unlikely to do it again?

For Judge Gertner, it appeared that the key questions she wanted answered were: Why did your client do what he did, and why is he unlikely to do it again?


Alan Ellis, a past president of the National Association of Criminal Defense Lawyers and Fulbright Award winner, is a criminal defense lawyer with offices in San Francisco and New York. He is the co-author of "Federal Prison Guidebook: Sentencing and Post Conviction Remedies."

To read articles in Alan Ellis' "Views From the Bench on Sentencing Representation" series, click here.

"Perspectives" is a regular feature written by guest authors on access to justice issues. To pitch article ideas, email expertanalysis@law360.com.

[1] In re Grand Jury Matters