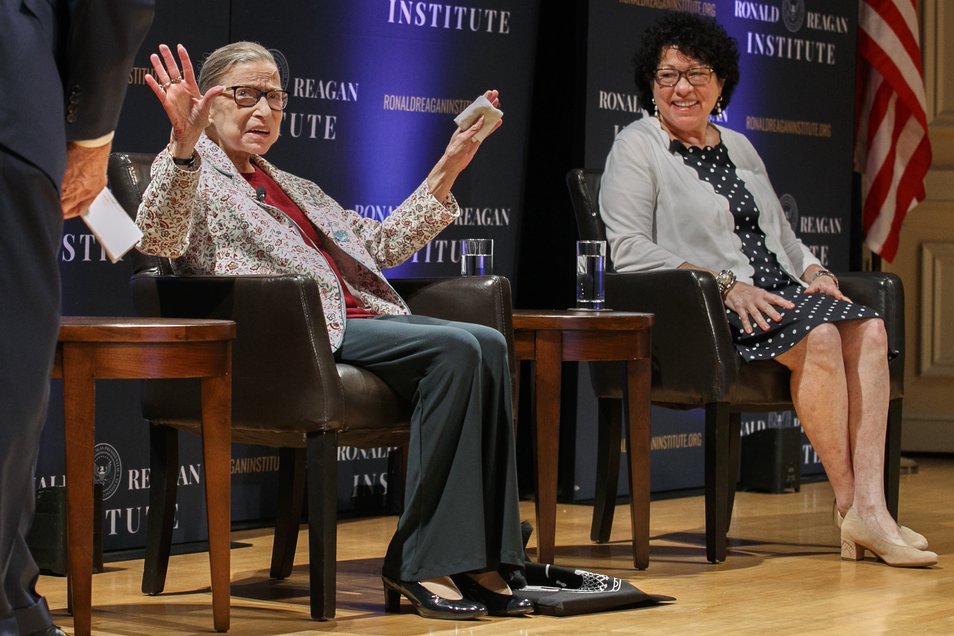 For over two years, Supreme Court Justices Ruth Bader Ginsburg, left, and Sonia Sotomayor have been urging their colleagues to take up a sentencing question that's divided lower courts. (AP)


Close watchers of the U.S. Supreme Court may have noticed a recurring theme in orders issued over the past two years.

In at least 27 cases, Justices Sonia Sotomayor and Ruth Bader Ginsburg have gone out of their way to dissent from their colleagues’ rejection of petitions by “career offenders,” or people serving extra-long sentences due to prior violent crime or drug convictions.

The petitioners claim that the U.S. Sentencing Guidelines, which were mandatory at the time of their sentencing hearings, defined violent crimes by using an unconstitutionally vague phrase. Their argument is supported by a 2016 high court ruling that invalidated the exact same phrase as it was used in a separate law.

The Seventh Circuit Court of Appeals and district courts in four other circuits have explicitly agreed with their reasoning, but six appellate courts have rejected it. Sotomayor highlighted that fact in an October 2018 dissent called Thilo Brown v. U.S. — the first time she and Ginsburg publicly scolded their colleagues for refusing to take up the split.

“This case presents an important question of federal law that has divided the courts of appeals and in theory could determine the liberty of over 1,000 people,” Sotomayor wrote, citing figures in an amicus brief supporting Brown. “That sounds like the kind of case we ought to hear.”

No one is still being sentenced under that provision. It just concerns people being resentenced. Because it won’t arise in the future, it has less purchase on the court’s time. 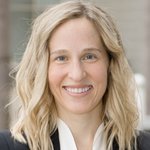 Despite their efforts, the two justices have had no success in peeling off peers. With the court looking unlikely to resolve the circuit split, some career offenders in places like Wisconsin, Illinois and Texas are getting out years earlier than planned. Others, in places like California, Tennessee and Kansas, have no shot at relief beyond a presidential clemency or legislative reform.

On Jan. 13, the only dissents in the Supreme Court’s 26 page orders list all came in denials of career offender petitions. One involved a Tennessee career offender named Timothy Douglas who challenged his 18-year sentence for bank robbery.

He claimed it was up to 10 years longer than it should have been because a previous escape charge — he “impersonated another inmate, signed his bonding papers and left the jail,” according to his petition — should not have qualified as a crime violent enough to deem him a career offender.

The U.S. opposed his bid, arguing that it was filed too late after he’d exhausted his appeals and noting that only one circuit has explicitly sided with claims like his, as compared to six that have explicitly rejected them.

“That shallow conflict — on an issue as to which few claimants would be entitled to relief on the merits ... — does not warrant this court’s review,” the U.S. brief states. “And this court has previously declined to review it.”

Part of the reason for the other justices’ reluctance to take up the issue could be the fact that the alleged injustice is an “issue of diminishing importance,” according to Leah Litman, a University of Michigan law professor who co-signed briefs in related cases.

“No one is still being sentenced under that provision,” Litman said. “It just concerns people being resentenced. Because it won’t arise in the future, it has less purchase on the court’s time.”

Sentencing law expert Doug Berman, a law professor at The Ohio State University Moritz School of Law, said the court’s reluctance could also stem from the fact that the petitioning career offenders are, by definition, people with multiple convictions who’ve already spent at least 15 years behind bars.

“As a justice, you might be trying to figure out, is there a lot of injustice here?” he said. “This is not a constituency you’re going to feel super aggrieved about.”

There’s no doubt that career offenders have committed serious crimes; they are all people convicted of a “crime of violence” or drug offense with two prior crimes of violence or drug convictions already on their records.

But their challenges hinge on the notion of retroactivity and fairness under the law following recent changes to the definition of “crime of violence.”

Up until 2016, the U.S. Sentencing Guidelines considered as “crimes of violence” acts that featured the use of force or explosives as well as burglary of a dwelling, arson, extortion, and any “conduct that presents a serious potential risk of physical injury to another.”

But in a 2015 opinion called Johnson v. United States, the Supreme Court ruled that the wording of that last clause, as used in a separate statute called the Armed Career Criminal Act, or ACCA, was too vague to satisfy the due process clause of the Constitution. The justices noted the vagueness invited “arbitrary enforcement by judges” and failed to give fair notice of what, exactly, it punished.

A subsequent ruling made Johnson retroactive, leading a flood of those convicted under the ACCA to successfully challenge their sentences. Because the federal sentencing guidelines used the exact same wording, career offenders have also sought resentencing under Johnson; if the clause was too vague in one law, they argue, then it was too vague in the law that led to their extra-long sentences.

There’s reason to fear that, if they took it up, they would ultimately narrow and restrict anyone getting access to resentencing. 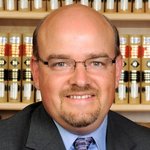 The impact of being deemed a career offender can be massive.

One such drug offender was Kenyon Gadsden, a recently denied Supreme Court petitioner sentenced to life in prison at age 24 after pleading guilty in 1997 to a cocaine distribution conspiracy.

He had previously been convicted for burglary and robbery, the latter of which could only have been considered a crime of violence under the overbroad residual clause. Although his sentencing judge “expressed that she did not relish sending a 24-year old to prison for life,” according to his petition, she was bound by the then-mandatory sentencing guidelines to do so.

In 2004, the guidelines became advisory, and the Supreme Court has already held that career offenders sentenced after that change can not challenge their designation by using Johnson. But so far, the court has refused to take up the question of whether those sentenced under the mandatory guidelines have a case to make.

In Gadsden’s case, the U.S. didn’t even bother to argue. Solicitor General Noel J. Francisco waived the government’s right to reply, and two weeks later the justices refused Gadsden’s petition. He was one of six career offenders denied in the court’s Jan. 13 orders list.

Despite the routine denials, petitioner after petitioner has noted that the U.S. Sentencing Commission cut the clause from its sentencing guidelines after Johnson came down.

They’ve also pointed to district court judges that have agreed to resentence career offenders. In July, a Texas federal judge allowed a convicted sex offender to get out two years earlier, and earlier this month, a Massachusetts judge agreed to shave nearly eight years off the sentence of a convicted heroin and meth dealer.

Berman said the success of some of those challenges could very well be the reason that Justices Sotomayor and Ginsburg cannot convince either of their liberal colleagues to take up the issue. He called it a concept of “first do no harm.”

“One set says the harm is leaving this unresolved,” he said. “But another set may be inclined to say, the resolution may not make things better — there’s reason to fear that, if they took it up, they would ultimately narrow and restrict anyone getting access to resentencing.”