Crime Victims Can See Costs Pile Up, But New Law May Help

A newly signed law in New Jersey allowing victims of violent crime to receive greater compensation for legal fees represents a critical milestone in the Garden State’s efforts to financially support that vulnerable population, who can face mounting costs in the wake of a tragedy, advocates say.

The measure signed by Democratic Gov. Phil Murphy on Jan. 21 will not only increase the amount of compensation for legal fees from $3,000 to $10,000, but also expand the compensation eligibility criteria the list of compensable crimes and the statute of limitations for filing claims. 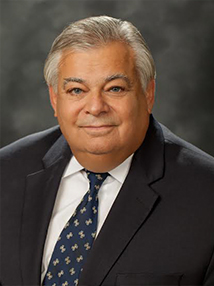 Attorney Richard D. Pompelio, whose son Tony was was murdered in 1989 at the age of 17, is a chief architect of recently signed legislation in New Jersey increasing the amount of legal fees compensation for victims of violent crime.

It’s a major step forward in the state’s continuing evolution in how it helps victims of violent crime, according to attorney Richard D. Pompelio. A chief architect of the legislation, Pompelio founded the New Jersey Crime Victims’ Law Center in Sparta three years after his teen son Tony’s murder.

“In the past, all those victims walked into the court without a lawyer. Now, it’s different,” Pompelio said.

As a former chairman of what is now the state’s Victims of Crime Compensation Office, Pompelio observed the evolution of what he described as a onetime “patronage pit” that often turned away victims, particularly ones with criminal records.

Along with funerals, medical bills, mental health counseling and a host of other expenses, attorney fees are among the costs that plagued already traumatized victims working with funding that paled in comparison to other states, Pompelio said.

While researching nationwide victims’ compensation amounts to present to the lawmakers as the bill was pending, Pompelio learned that recipients in 10 other states received more than New Jersey in 2016. That wasn’t good enough for Pompelio.

Fighting for more aid in New Jersey was crucial, given its designation as the most densely populated state in the nation, with abundant crime in inner cities, according to Pompelio, who was instrumental in adding a mental health benefit for Garden State victims during his time on the board in the mid-2000s.

“When it becomes $10,000, at $375 an hour, we’re literally going to have skilled lawyers everywhere who can come in and do skilled work for victims,” he told Law360 in the days before the law’s passage.

During the six months before the law becomes effective, Pompelio will be training lawyers, prosecutors and advocates about the changes in the funding. The funds come from a variety of nontaxpayer sources, including municipal and state court penalties, a federal grant offered under the Victims of Crime Act and a commissary surcharge from the New Jersey Department of Corrections.

Throughout the United States, some states have fared better than others in making sure victims of violent crime are properly compensated, according to attorney Renee E. Williams, director of the National Crime Victims Bar Association in Arlington, Virginia.

“Some states are progressive. Others, not so much,” said Williams, noting that New York and California rank highly.

Among its other changes, the new law also adds disorderly conduct, leaving the scene of an accident and simple assault to the list of compensable crimes, and increases the time limit for filing a claim from three to five years.

State Sen. Joseph Vitale, a Democrat who sponsored that chamber’s version of the bill, acknowledged that changes were needed.

“The program, as most programs do, needed to be updated in order to make sure we can better address the needs of those who have been affected by violence,” Vitale said in a statement provided to Law360.

The law’s enactment comes just weeks before the 31st anniversary of former Sparta High School student Tony Pompelio’s death at age 17 by a peer who attacked him during a gathering at a friend’s house. Michael Ardila was sentenced to life in prison for the murder in 1990.

The murder was “shattering,” according to Assemblywoman BettyLou DeCroce, who was working as Roxbury, New Jersey’s municipal clerk at the time, while Pompelio was the township’s solicitor. A Republican who represents New Jersey’s 26th Legislative District, DeCroce was a sponsor of the Assembly version of the victims compensation legislation.

Her advocacy follows in the footsteps of her husband, late Republican Assemblyman Alex DeCroce, who was instrumental in a 1991 state victims’ rights constitutional amendment that allowed victims’ families to testify in court.

The new law received bipartisan support, but DeCroce took umbrage during the legislative process when she realized a Democrat-backed proposal to fund college tuition for prisoners had been posted for full Assembly consideration, but her own bill had yet to reach the floor for a vote.

So she spoke out during an Assembly session that preceded the tuition bill’s Jan. 9 signing into law, chastising lawmakers for moving forward with that legislation while “doing nothing” for victims. It worked.

Still, “this isn’t about Republican or Democrat,” DeCroce told Law360.

“This is about what’s doing what’s right for victims,” she said.