After deferring her acceptance to Harvard Law School so she could teach at a prison in New Mexico, Donna Harati wasn't sure she even wanted to study law anymore.

"I felt like, OK, I should go and try to understand just how perverse [the prison] system is in a formal way," she said. "Prisons are designed to really break anyone who comes in contact with them down." 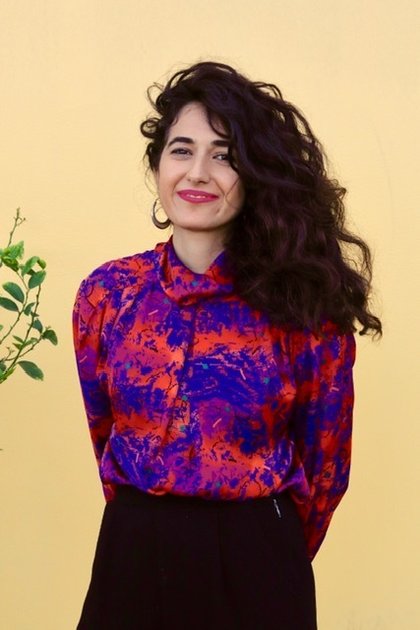 She ended up going, but never lost her passion for public interest work. After graduating and then clerking for a federal judge in Ohio, she returned to the Los Angeles-based nonprofit where she had interned during law school to work full-time.

"I really appreciate working in an organization that's not a legal organization, that's not run by lawyers, and that's not led by lawyers," Harati said. "I think there can be too much emphasis placed on lawyers and the law when it comes to social change, and I think that the real change is going to come from the community and from folks who are most directly impacted."

Homeboy's two-attorney legal department is bolstered by participants in the organization's 18-month reentry program, some of whom receive legal assistant training. Harati and her colleagues also recently launched a legal support council to expand Homeboy's offerings with help from the private sector.

How did you end up working for Homeboy Industries?

I taught full-time for two years at the Penitentiary of New Mexico, and at the same time I was volunteering at the rape crisis center in Santa Fe.

I think working in the prison just confirmed for me how violent those institutions are and how prisons really create and reproduce so much violence — they're not in any way an adequate response to harm. And working at the rape crisis center at the same time really motivated me to want to do work that was committed to trying to address harm in a way that would prevent harm from happening again in the future and in a way that would really promote healing.

Homeboy is one of the only places I know of that is really committed to doing work that is not only trauma-informed, but really so much of the work that we do here is in accompanying people on their journeys of healing trauma. And that's not typical lawyering work.

What kinds of legal issues do you assist people with?

The big categories that we see a lot are expungements, family law, and traffic fees and fines.

For family law, we're working with folks who have been incarcerated for years and haven't had access to see their children. They're now committed to forging a different path for themselves, but they still have a lot of obstacles to overcome.

And with the expungements, there are still some categories that are not eligible for expungements in California, but they are possible for all kinds of charges, a lot of things that are from quite a while ago that people just didn't know qualify for an expungement and didn't think they were eligible, or just haven't gotten around to it.

That's really my favorite part of my job ... being able to take up that space in the courtroom to reclaim the narrative of this person's story. Until that point, they were being defined by one of maybe the worst things that they had done. I'm able to work with them to tell a story that's about what was going on in their life when they made that choice, how they've changed since then, and all the work that they've done to be in the place where they really want to put the past behind themselves.

Your organization has supported many criminal justice reforms over the years. Are there any reforms currently in the works that Homeboy is supporting?

Yes, we're co-sponsoring a bill [in the state Legislature] called S.B. 144, the Family Over Fees Act. It would eliminate a huge number of criminal fees, like probation fees, booking fees, arrest fees and fees associated with classes people have to take. The bill's in its second year right now, and the governor released his budget, so it's going through that process.

We're also part of an LA County-wide coalition called the Let's Get Free LA Coalition that is trying to do the same work at the county level by pressuring the Board of Supervisors to eliminate criminal fees that the county has control over.

This was done successfully recently in San Francisco and Alameda County, and so we really think that it's time for LA County, being the largest county in the state, to do the right thing and send a message to the rest of the state that the courts shouldn't be funding themselves on the backs of poor people.

[Homeboy founder] Father Greg [Boyle] always says that we're not in the business of service providing, we're not service providers, and that's a very different way of thinking about legal services — it's literally called legal services. But his vision has really helped me try to figure out ways to not see the work as that, as just providing services, but to really focus on the kinship and on being present with each person who comes in.

We're all working together to accompany folks as they navigate the many obstacles that our society puts in the way of people who are trying to be members of their community after having had involvement with the criminal legal system.

It sounds like the job must be difficult sometimes. How do you cope?

For sure. Someone cries in our office pretty much every single day, and all I can do is stand in awe of what they're carrying.

At the same time, what I love about Homeboy is that there are so many moments of lightness and levity that can pierce through that heaviness. Someone just says one thing and all of a sudden we're all laughing, and that happens every single day, and that has taught me so much about how to confront the heaviness.

It's an intense place to work, but very gratifying.