Sidley’s Push For Retrial Pays Off In Excessive Force Case

More than six years of litigation and what became a six-figure verdict allegedly all started with Christopher Davis wanting some milk.

Davis was a new patient at a mental health center in southern Illinois in December 2011 when he stood up during lunch to get a drink. But it was an apparent violation of the facility’s rules, and it led to an altercation during which Davis says he was repeatedly struck and restrained by staffers.

A jury held in May 2018 that the four staffers used excessive force toward Davis, yet also determined that he was only entitled to nominal damages. Despite being punched, choked and kneed while on the ground, Davis was awarded a total of $5 in compensatory and punitive damages, according to court documents.

Sidley Austin LLP lost that round while representing Davis pro bono but went on to secure a new trial on damages. In December, a new jury hearing the case awarded Davis $150,000 in compensatory damages and $300,000 in punitive damages. 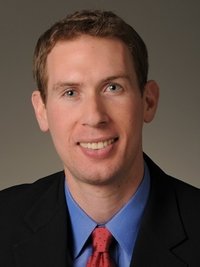 “We were very happy to be able to ensure that he was compensated,” said Daniel A. Spira, an associate who headed Davis’ legal team together with associate Julie Becker and partner Elizabeth Chiarello.

The Southern District of Illinois appointed Spira to represent Davis in September 2017, after Davis' previous attorney departed the case, according to court documents. Davis initiated the case on his own in December 2013, according to his complaint.

Sidley itself attempted to exit the case in June 2018, weeks after the jury awarded Davis $5, according to court documents

The firm told the court that it and Davis had “fundamental disagreements and irreconcilable differences,” and that it was possible that the interests of Davis and Sidley might be adverse, according to its motion to withdraw.

But U.S. District Judge Staci M. Yandle rejected Sidley’s bid, holding that month that because the court was statutorily barred from extending Davis’ time limits for filing various post-trial motions, “the potential prejudice to plaintiff is too great for the court to allow withdrawal at this time.”

Sidley and Davis thus continued to work together, this time scoring a more complete win.

The firm asserted later in June 2018 that because it was “irreconcilable” for the jury to find that the staffers at Chester Mental Health Center used excessive force toward their client but that he should only receive $5 in compensatory and punitive damages, Davis should either receive a new trial or a new trial focused squarely on damages, according to its motion.

Judge Yandle opted for the latter in March 2019, determining that while no one disputed that Davis suffered injuries as a result of the altercation and that it was “clear from the verdict” that the jury had agreed with how Davis had portrayed what happened, “no reasonable jury” would have gone on to determine that virtually no monetary value should be attached to the injuries.

“The jury’s verdict with respect to damages is against the manifest weight of the evidence,” Judge Yandle wrote. “A new trial on damages is warranted to prevent a miscarriage of justice.”

Besides $150,000 in compensatory damages, a jury eventually determined that each of the four staffers — Lucas Nanny, Tom Nordman, Josh Rackley and Terry Stewart — were liable for $75,000 in punitive damages, as an example for others to not act similarly in comparable situations, according to court documents.

Sidley filed a motion in January for the court to award it $274,268 in attorney fees, arguing that Davis is entitled to “reasonable” fees because he prevailed in a civil rights case and that the amount itself is “reasonable.” The firm noted that at Sidley’s regular hourly rates, the case would have generated a $1,091,406 bill.

The four staffers filed their own motion for a new trial in February, arguing that the $450,000 awarded to Davis was “excessive, arbitrary and unconstitutional” and was the “result of passion and prejudice.”

The court has yet to rule on those motions.

Davis was unavailable to talk about the case with Law360, Spira said. But the lawyer said his client was very happy that he was able to tell the court about the incident and be believed.

Sidley attorneys and staff devoted 143,188 hours to pro bono efforts in 2018, the last year for which complete figures were available, according to the firm's website.

The firm has six different pro bono initiatives, concentrating on communities such as veterans, political asylees, immigrants, nonprofit arts organizations, and small businesses and nongovernmental organizations based abroad, according to the site.

Spira, who typically represents the defense side in product liability cases and consumer class actions, said working on the Davis case has presented him with a “unique” opportunity to be on the plaintiff side and advocate for an individual.

“It was a great experience to be able to represent [Davis] in the case,” Spira said.