Each year, 30 million people lack legal representation in high-stakes civil court cases involving evictions, restraining orders, child custody and more. They do not have the statutory right to an attorney. If they cannot afford one, none is provided to them.

Lawyers cannot close this so-called justice gap by themselves: Even if every licensed attorney in the country logged 180 pro bono hours, each household with a legal problem would receive just one hour of assistance, legal services experts estimate. 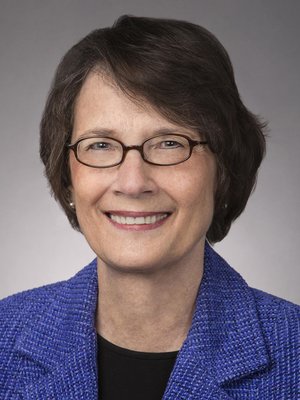 But lawyers don't have to provide access to justice by themselves, according to research by Mary McClymont, a senior fellow at Georgetown University Law Center's Justice Lab.

In an increasing number of courts across the country, she found nonlawyer navigators — laypeople who provide legal information to unrepresented litigants — stepping in to fill the void.

"Time after time, court staff would say, 'You can't believe how helpful these navigators are,'" she said. "They find them absolutely essential in delivering services."

Her recent report, "Nonlawyer Navigators in State Courts: An Emerging Consensus," surveys the national landscape of nonlawyer navigator programs and provides an in-depth look at how they fit into the day-to-day routines of courthouses from California to New York.

Since releasing the report in June, McClymont has embarked on a mission to spread the word about her findings. On Thursday and Friday, for example, she spoke at the annual Self-Represented Litigation Network conference about the ins and outs of nonlawyer navigators. Law360 caught up with her in advance to learn more.

What are nonlawyer navigators, and what exactly are they providing?

The people we're talking about are people who are in or around the courts and are providing legal information.

There is this whole area of work where trained, supervised individuals — everybody from college students to retirees to paid nonprofit staff — are assisting unrepresented people with myriad things in the state courts.

They're there for people, whether it be for emotional backup and support or to help answer judges' questions. Maybe they help people find their way around the court, or complete forms. Sometimes they translate documents.

Our survey looked at 23 different programs. One size does not fit all, but they are all doing this same kind of work.

Do these programs require a loosening of regulations on the unauthorized practice of law?

In most of these programs, there was no need for a major regulation or statute change. A court simply had to say, "It is fine for this to operate." That's it. About half of the programs are actually run by court personnel and the other half are run by legal aid lawyers or nonprofit lawyers.

The navigators actually really help lawyers practice at the top of their license because these individuals can handle a number of the matters that every litigant needs, but that don't necessarily always require a lawyer's assistance. They become just one of the important tools on the continuum of services — not the end-all be-all, but a critical piece that could fit into many, many settings around the country.

We're hoping that we can help it go to scale by making sure people know how these programs help meet the enormous self-represented litigant demand.

How prevalent are these programs?

We only did eight months of research, so I'm sure there are more. But we found them in 15 different states on the East Coast, the West Coast, in the South and in the Midwest.

Of 23 programs, about half have started since 2014. Some programs go back to the early 2000s and one in New York goes back to the '80s, but by and large, they have emerged in the past six years. That says to me that it's a new idea. They most of the time start with a pilot, and then they take off and they prove themselves.

That said, most courts don't have them. There is a rural-urban divide. That's why I think the more we see the programs popping up, the more we're able to assess them, look at them, get the word out, talk about it … then the more people will find this to be an enormously useful tool.

Where does the money for these nonlawyer navigator programs come from?

One major source of funding has been for individuals from AmeriCorps. In some cases, the court provides money. Sometimes, the funding comes from just a federal grant; it may be from the Victims of Crime Act or Violence Against Women Act ... some programs get private funding, some programs use state bar funding. It could be an access to justice commission that would start something like this.

And it's important to note that nonlawyer navigator programs are not terribly costly, especially if you're using well-trained volunteers. They can even be law school students getting some sort of credit. Obviously, you need somebody to supervise the enterprise, but it may not be as expensive as you'd think.

Of course funding remains an issue at scale; we need more philanthropy and courts and state bars to be looking at starting more of these programs.

How do you hope to make nonlawyer navigators more prevalent?

Maybe more public funding that can make it happen at a larger level. But, meanwhile, what we do is we talk about the creativity going on, how there's more and more programs popping up.

Right now, I am working with the Self-Represented Litigation Network to spread the word and try to help people get started. We've also distributed our study amongst all the judge networks we could, so that hopefully they'll get exposed and see the merit of looking into starting programs.

There's a lot of people who are catching on and hearing about it. We'll see what happens, but people from different quarters have been interested in what we found.