Why Is Unbundled Legal Help So Hard To Find?

What if you could pay a lawyer to help you with just one part of a case — as opposed to full-scale representation and the hefty price tag that comes with it?

Technically, you can: There is not a single state in the United States that explicitly prohibits the use of limited scope representation, and more than 40 state bar authorities have passed rules explicitly authorizing the practice. As long as an attorney and a client agree to the terms of the representation, services — and costs — can generally be limited on a case by case basis.

This concept of limited scope representation, otherwise known as unbundled legal services, has long been billed as a possible solution to the access to justice crisis in state courts, where an estimated 60% of litigants lack attorney representation according to the Self Represented Litigation Network.

But earlier this month, attendees at the SRLN's 2020 conference in Nashville met to discuss why the unbundled services concept isn't more widely offered.

According to Samira Nazem, the Chicago Bar Foundation's director of pro bono and court advocacy who co-hosted a March 6 panel on limited scope representation, half the challenge is describing the alternative offering to prospective clients.

"We won't use the phrase 'a la carte' because we have user-tested that — nobody knows what it means," Nazem said.

Instead, Illinois uses the term limited scope representation, defining it to include services like phone hotlines, courthouse help desks and community-based clinics.

Allison Spanner, the assistant director for access to justice at the Administrative Office of the Illinois Courts, added that everything from a brief consultation to a one-time court appearance can be considered limited scope representation, as long as both lawyer and client understand the limited nature of their agreement.

In Illinois, the most prevalent provider of unbundled services are legal aid organizations; one survey found that approximately 80% of their services were provided through limited scope representation. Spanner said the variety of potential models enables often cash-strapped organizations to be strategic with finite resources.

"People who really need full representation can get it," she said. "And they can still offer some other level of service to the huge numbers of people who are coming in and applying for assistance."

Attorneys live by that adage, in for a penny, in for a pound. So doing something for less can take a while to catch on. 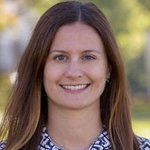 But while legal aid groups have adopted the practice, progress is slower among the private bar.

The obstacle is not due to regulations, Nazem said: the American Bar Association's first model rule on the topic was issued in 2000, and Illinois has had formal, "fairly progressive" rules regarding limited scope representation on its books since 2013.

"I don't think we can point fingers at the rules for the slow adoption of limited scope in our state," she noted during the March 6 panel. "There are a lot of other factors that come into play."

One issue is the wariness among attorneys who fear that anything less than full service will lead to inevitable professional repercussions.

But Jessica Bednarz, director of Innovation and the Justice Entrepreneurs Project for the Chicago Bar Foundation, said those fears are likely misplaced. In an informal survey of 10 leading malpractice insurance carriers, she found none required information about unbundled service in applications.

"They essentially said, 'if it was that important to us, we would ask questions about it — and we don't,'" Bednarz added.

She and Nazem also reached out to the attorney regulation counsel for Colorado, where limited representation has been allowed since 1999, to ask if the state had any cases in which lawyers faced disciplinary action for providing unbundled services.

"He said he could only think of two to three instances where there were any complaints, filed or prosecuted," Bednarz said. "In 21 years? Two to three is not bad."

Another concern attendees described was the notion that judges will not allow a lawyer to leave a case once entering it, especially if her departure will leave a litigant to their own devices.

Glenda Harrison, executive director of the Kentucky Access to Justice Commission, said judges in her state can be reluctant to allow limited representation even though it's expressly permitted in local rules of conduct.

"Judges say, if you're in my courtroom for one thing, you're in for the whole thing," Harrison said. "So there is a disconnect between what rules permit and judges allow."

Bednarz and Nazem said the best way to clear up that kind of situation is to focus on judicial education.

Illinois offers a dedicated session on unbundled services as part of its larger access to justice training for judges. The state's Access to Justice commission has also published three standardized limited scope-related forms to provide judges guidance on how appearances and withdrawals should be handled.

The state has also tried to increase student awareness of the concept by inviting law schools to send students for training on "you can, in fact, serve modest means clients efficiently — and still make money." Bednarz also described efforts with several schools in Chicago to include instruction about unbundled services in curriculums.

"We're thinking about changing hearts and minds and shifting things long-term, and we think professional responsibility classes are a logical place to discuss this issue," Bednarz said.

She added that, in the end, widespread adoption of a limited scope legal services model could come down to a cultural shift.

"Attorneys live by that adage, in for a penny, in for a pound," she noted. "So doing something for less can take a while to catch on."