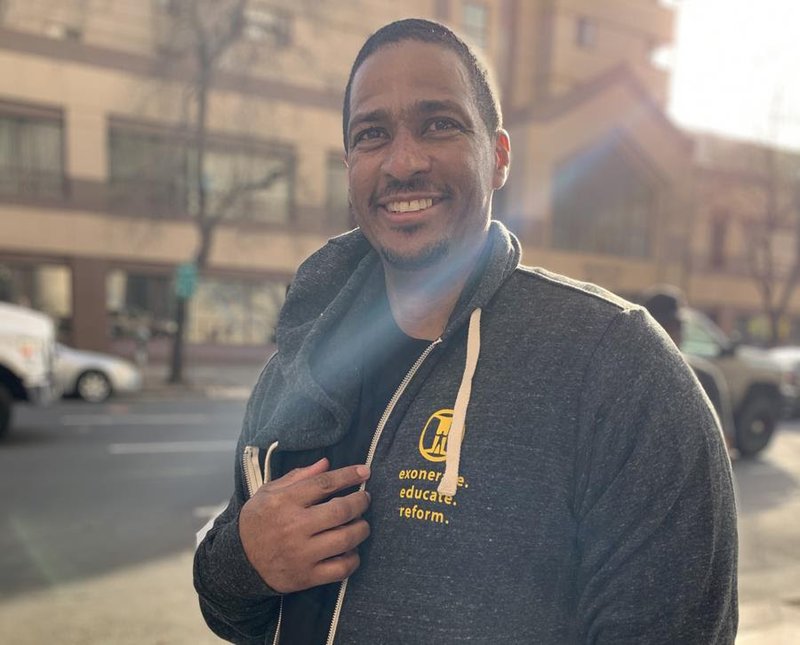 
Up to the moment last month when a judge told him he was a free man, Jeremy Puckett refused to believe freedom was a real possibility.

Puckett, 43, sat inside jail cells in California for more than 18 years, convicted in February 2002 of a murder that he did not commit. His own long-standing efforts to secure his release had failed, and some of the evidence from the murder case had been destroyed.

His story began to turn in 2014, when the North California Innocence Project agreed to investigate his case. Their efforts, together with pro bono work by Simpson Thacher & Bartlett LLP attorneys, uncovered more than 700 pages of exculpatory evidence that prosecutors had withheld from Puckett's attorney during his trial.

The Superior Court of California of Sacramento County overturned Puckett's murder conviction on March 3. Ten days later, the Sacramento District Attorney's Office dropped all charges against him, and a judge ordered that he be set free.

"I tried to tell myself that I wasn't going to cry, but I did," Puckett said. "I was so used to bad things happening to me, that I didn't want to allow myself to believe that it could be possible."

Puckett was convicted of the murder of Anthony Galati, who in March 1998 was found by the side of a road outside Sacramento, California, with gunshots to the back of his head. Puckett says that while he saw Galati at a house on the night that the man disappeared, Puckett had left first to attend a family barbecue.

But another man fingered Puckett as the perpetrator, leading authorities to apprehend him, he said. The man later recanted his story, which the Innocence Project used as the basis to begin checking out Puckett's story, said Karen Sinunu-Towery, a former prosecutor who took on the case for the organization.

Even with the help of the Innocence Project and Simpson Thacher attorneys, Puckett lost two habeas petitions in the state's lower courts. Through continued persistence, Puckett and his legal team finally succeeded with the California Supreme Court, which ordered the trial court to reopen the case.

Harrison "Buzz" Frahn, a partner in Simpson Thacher's litigation department who specializes in intellectual property, antitrust and commercial litigation, said a major development in the case was the detective work by the Innocence Project's investigators, who uncovered that prosecutors had never shared with Puckett's attorneys various information that potentially would have cleared him.

Dealing with an old murder case and with confusing and disparate pieces of a narrative, Frahn said that when he and other Simpson Thacher attorneys sat down to write the relevant legal briefs, they leaned on their own experiences in trying to explain complex topics, such as patent infringement or antitrust allegations.

"We were trying to write not like lawyers, but like writers trying to tell a compelling story," Frahn said.

During the hearings this fall, a major turning point was the testimony of a medical examiner, who was able to establish that investigators had gotten the date of the murder wrong. Once prosecutors conceded that point, Puckett's alibi that he had been at a family barbecue held up, Frahn said.

The Simpson Thacher attorney said that while he is used to dealing with high-stakes litigation, none of the work he does compares to the stakes of a person's life, and his or her freedom.

"That was the most moving moment in a courtroom that I have ever been in," said Frahn, of when Puckett was set free. "Not only is he a free man, he is an innocent man."

Puckett was set free into a world dealing with the myriad restrictions related to the novel coronavirus, which he says have hampered his ability to truly catch up with everyone and everything he has missed out on during his time behind bars.

One notable exception is his daughter, Jazmine Puckett, who was only 2 when he was incarcerated, Puckett said.

The two are now living together, and aside from "occasionally butting heads" as they attempt to rebuild their relationship, he says they are both extremely happy.

"The other morning, I finished exercising when she told me, 'Daddy, make me something to eat,'" Puckett said. "Making breakfast for my daughter brings me a joy you cannot imagine."