When three young siblings found themselves detained 50 miles from their father's home in Maryland, with the government moving to deport them rather than reunite the family, it was the latest hardship in a journey fraught with danger.

They had arrived alone in the United States after fleeing from death threats in their native El Salvador, facing sexual assault and financial troubles in Mexico, and suffering from malnutrition from the journey. 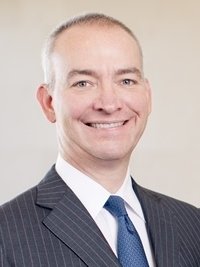 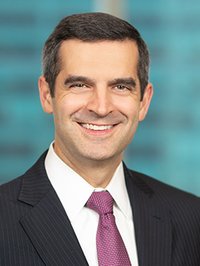 But thanks to a team of O'Melveny & Myers LLP attorneys working pro bono with the Capital Area Immigrants' Rights Coalition and Justice Action Center, the three siblings, ages 9, 14 and 16, are home with their father.

Acting quickly in the face of the worsening COVID-19 pandemic, the team was able to secure release for the children on March 20, just three days after filing a lawsuit against the federal government agencies involved in the case.

"The pandemic really heightened our focus on trying to get as quick a result as possible and reunite the kids with their father," said Darin Snyder, an attorney with O'Melveny who worked on the case.

CAIR and JAC first began representing the three siblings, who are identified only by their initials in court filings, after they arrived in the United States.

According to the suit filed on their behalf, the children fled El Salvador with their mother after facing death threats from the violent MS-13 gang because the family participated in church outreach programs, which also killed other relatives who refused to tell the gang where to find the family.

After seeking asylum in the U.S., the siblings and their mother were required to wait in Mexico, according to the complaint, which is the result of a Trump administration policy implemented in 2018. The family waited in Mexico for months, staying in a makeshift tent, unable to go to school, and facing extreme temperature, lack of food and illness, the complaint said.

In addition, the 9-year-old child was beaten up by a man who stole his money, and the 16-year-old was sexually assaulted by a man who grabbed her and attempted to rape her, according to the complaint.

Desperate to protect her children, their mother allowed them to cross the border alone to present themselves to U.S. officials as unaccompanied minors, the complaint said.

Rather than allow the children to live with their father in Maryland while their immigration case was pending, the government detained the children first in an Office of Refugee Resettlement facility, then with a foster family and moved to deport them, according to the complaint.

O'Melveny, which has partnered with CAIR in the past, teamed up with CAIR and JAC to take the fight to federal court and try to quickly reunite the children with their father, even as the COVID-19 began to take a major toll in the United States.

The pandemic gave the attorneys an increased sense of urgency to reunite the family quickly so that they could shelter in place together, but it also made it more challenging to try to pursue quick relief in the case amid the upheaval.

The firm was used to coordinating across offices, and was able to make the switch to remote work relatively smoothly, Snyder said. However, no one was certain how quickly the courts could move in the midst of the crisis.

"There was a lot of uncertainty about how a court would handle a [temporary restraining order] petition," Snyder said. "We didn't know what the procedure would be."

Fortunately, he said, the court staff was "incredibly responsive," and the judge acted quickly, allowing the family to be reunited.

COVID-19 also made the case hit even closer to home for the attorneys involved.

"It was an interesting juxtaposition," said O'Melveny attorney Bill Martin. "At the time, I was trying to think a lot about my own family situation and what would work best for us, and we wound up leaving our house to stay with my in-laws. And I was trying, if at all possible, to put myself in the shoes of my clients and their parents, who traveled thousands of miles from El Salvador to look for a better life."

Claudia R. Cubas of CAIR and Esther H. Sung of JAC said that pro bono partners like O'Melveny are key for immigration advocates, especially as the world reels from the coronavirus pandemic.

"At this time, everyone's stretched," Sung told Law360. "So having [pro bono counsel] has been a real lifesaver at this time."

That assistance has become even more important as immigration officials seemingly become more aggressive in pursuing deportation for minors, Sung and Cubas said.

"From my perspective of working with children for more than 10 years ... there has been, for several years now, an increasing restriction of their rights," Cubas said.

Although the children in this case are currently reunited with their father, their immigration case is still unresolved and the government is still arguing that the children should be returned to El Salvador, where they have faced violence and have no guardian to receive them, according to their attorneys.

The children in this case speak to a much bigger problem, according to Sung. Based on things her group has heard from advocates around the country, potentially hundreds of children are facing similar circumstances, with the government allegedly trying to violate their rights under immigration law.

"What's happening to our kids is not an isolated incident," Sung said.

Counsel for the government and representatives for U.S. Immigration and Customs Enforcement and the U.S. Department of Homeland Security did not respond to a request for comment.