UPenn Law Prof On How Public Health Policy Must Improve

University of Pennsylvania law professor Eric Feldman was supposed to spend his sabbatical in Japan. Instead, he's sheltering in place in Northern California, watching his daughter take remote violin lessons from a teacher they'd hired in Tokyo.

But Feldman, an expert in comparative public health policies and the burgeoning field of "disaster law" — the study of everything from cross-border response to victim compensation to insurance issues — has a new case study to research. 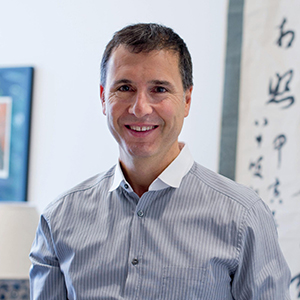 He says the novel coronavirus has revealed a great deal about the failures of international public health policy and the civil rights trade-offs of quarantine.

Unlike the disaster law area, where we don't have a world disaster organization and we don't have a clear international authority, legally and normatively, we really do in the public health area.

There's all this scholarship on the extraordinary powers of the World Health Organization. The [International Health Regulations] from 2005 allow it to promulgate binding regulations. That would give one hope that faced with a crisis like this, we have an organization that can really create some order and structure in the international response.

But I don't see very much coordination at all. We've seen this whipsawing and tit-for-tats as to who can go where. The Centers for Disease Control increased warnings about Americans traveling to Japan. The next day, Japan increased its warnings about the Japanese coming here. Now U.S. citizens are prohibited from entering Japan. That's strongly shunned by the WHO, which has said very clearly it thinks travel bans and restrictions are not the way to go.

What's the model that broke down here?

Countries that are covered by the [International Health Regulations] are required to let the WHO know if there's a public health emergency of international concern. For the first several thousand cases, China said, "Well, we don't know if there's human-to-human transmission." So the reporting requirement for each individual country seemed to be not terribly effective.

But there's no penalty for China, and in fact, the director general of the WHO was criticized for praising China's "extraordinary" efforts in containing the coronavirus. Maybe there needs to be some better oversight or some way to depoliticizing the WHO's [financial] dependence on particular countries. I don't know how one does that, but it's clear that's had a corrosive impact on evidence-based thinking at the WHO.

The WHO has been charged under its mandate with making a decision about whether there's an public health emergency of international concern, and determining whether something should be labeled a pandemic. One might think those are scientific decisions made by epidemiologists, but in the end they are highly politicized. And there too, the WHO was thought as having been particularly slow.

What does COVID-19 teach us about the legal side of international disaster policies?

One of the huge issues we've seen being managed or arguably mismanaged here is the issue of freedom of movement across borders.

It does seem to me that we would want to be thinking about whether there's a set of international norms or principles about freedom of movement we all ought to be governed by in times of a public health emergency.

Countries just have different views of that. China is both willing and able to impose a citywide quarantine and use the police to prevent people from moving in and out of certain areas. Italy has gone further in that direction than most would predict. But when the idea was raised in Washington about quarantining parts of New York and Connecticut, it was immediately clear it would be perceived in the U.S. as an inappropriate violation of individual rights, and that the legal challenges there would be quite robust, as opposed to legal challenges in China, which we might never see.

I don't know whether national constitutions and national notions of the balance between individual rights and state power would allow some form of global regulation in that area. But if one chose to prioritize the control of an infectious disease and decided that was the No. 1 priority and that human rights as a result might end up suffering, you may want some authority to be able to snap its fingers and freeze international travel.

I think it's going to be the rare instance in which it's worth it, but maybe we're living through one of those instances right now.

Wouldn't there be some challenges in implementing public health efforts across different sovereign legal frameworks? For example, could the tracking of confirmed cases we've seen in South Korea and Israel work under the European Union's stringent privacy protections?

I have family who live in Singapore, and their every step is tracked by the Singaporean government. If one of them were to test positive, it would be relatively easy to figure out who they had contact with, and then start to radiate out testing to all those people to control the disease.

I think that's highly unlikely in the U.S. People would see it as an intrusion on individual liberties, rights to privacy, rights to freedom of movement. I don't think Singaporean-style tracking would pass legal scrutiny here.

In this country, we are going to have to agree to disagree about whether perhaps the extraordinarily long-standing and important value we as Americans place on individual rights puts us at greater risk during a pandemic.

You've studied the nuclear and natural disaster in Fukushima and the legal implications of response efforts. Do you see any parallels with the coronavirus?

Within Japan, I surely do.

What we saw in Japan with the coronavirus was a government extremely cautious about acknowledging a problem. They were able to minimize the perception there was a problem by not testing. I think the government was concerned about the health of its economy and preserving the possibility that the Olympics would go on as planned in July. So it was not surprising to me that within a day or two of the announcement the Olympics would not go on, we started to see rapidly increasing rates of positive tests coming out of Japan.

That's not fundamentally different, I think, from the government's worry around Fukushima.

It was quite clear that in managing the Fukushima disaster, and it's probably true of diastaters all the time, there's this complicated balance between protecting the public's health and well-being and the need to keep the economy from completely going off the rails, which in the end is not a good thing for the public either. Clearly that set of concerns is motivating action in the U.S., too.

One of your areas of expertise is victim compensation. Could that factor in here?

I don't think anyone's going to have any money for it.

But we are doing victim compensation, right? The $2 trillion government spending bill could be seen as compensation. They're saying, "Well, you were told to stay home and you don't have a job. We don't think we can fully make you whole, but here's some money to keep you going, to fill the gaps left by the public health requirement that you lay low."

But would families be entitled to X amount of money if a loved one has died, to compensate for the state's failure to have effectively warned them and kept them healthy? I'm not seeing that happening. Though it doesn't take a huge leap of lawyering to say that it's been the negligence of certain state actors that's led them or their loved ones to have become infected.

That's tougher here with sovereign immunity, but in other countries, where sovereign immunity doesn't exist or is weak, we may see some efforts to claim the country's failure to close the border or to implement a set of policies was the cause of a particular set of harms. But I don't know how sympathetic judges are going to be to that.