How do you get legal help when you're supposed to stay at home?

That was the conundrum Juanita, a 33-year-old recipient of Deferred Action for Childhood Arrivals, found herself in last month when it came time for her to re-apply for DACA, the program that authorizes her to work in the United States and protects her from deportation. 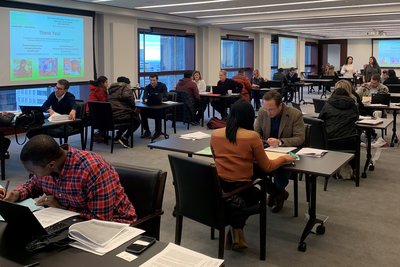 As a San Jose-area nurse working on the front lines of the national COVID-19 pandemic response, Juanita had little time to spare for the onerous paperwork that a DACA application requires. But she also had little time to lose, considering her papers are due to expire in July — and the specter of a looming U.S. Supreme Court decision that could end the program altogether, at any moment.

In previous years, Juanita, who spoke on the condition of not using her last name, had paid private immigration lawyers more than $400 per application, on top of the nearly $495 in fees charged by the U.S. government.

"But because of the shelter in place, I can't go meet with an attorney," she told Law360. "Their offices are closed, so I was worried, thinking, 'how am I going to get this done?'"

Enter Winston & Strawn LLP and its pro bono virtual DACA clinics. Since early April, the Chicago-based firm has been navigating a complex process of WebEx attorney trainings, phone call client meetings and expedited application shipping to make sure DACA recipients like Juanita get their applications in before it's too late.

"The pandemic is creating a real interest from our lawyers to do something to help," said Maria Kutnick, Winston's pro bono counsel. "DACA in particular is something that has been a real passion project for a lot of people." 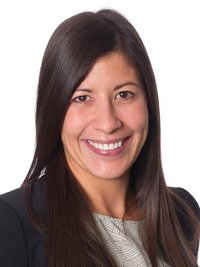 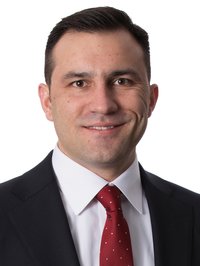 Created by President Barack Obama in 2012, DACA provides protection from deportation and work authorization to immigrants who crossed border unlawfully as children. In Juanita's case, her parents brought her to the United States when she was four years old. Twenty-nine years later, this country is the only home she can remember.

"I went to school here, I have a career now," she said. "I've lived here almost my entire life."

Every two years, DACA recipients have to re-apply for the program. But since September 2017, those re-applications have taken on new urgency due to the Trump administration's efforts to rescind DACA. A whirlwind of litigation over the program culminated in oral arguments at the nation's highest court in November. The justices' decision is expected to come at some point in the next few months.

"We're really not sure how the ruling will roll out," Kutnick said. "What if the government stops taking applications that day? That's why we're trying to help get the applications in as quickly as possible to get another two years of deferred action and employment authorization."

Winston attorneys like Charles Vargo have long provided legal assistance to DACA recipients; he told Law360 that he's participated in eight DACA clinics over the past three years. Usually, the lawyers go through an immigration law training via organizations like the National Immigrant Justice Center or Immigrant Legal Defense; afterward, the recently trained attorneys meet with clients and fill out the applications together to make sure everything is in order.

But in the firm's first virtual clinic on April 3, training was held via WebEx due to social distancing requirements. When it came time for Vargo to meet with his client, he said they coordinated their schedules to meet over the phone instead of in person.

"You don't get to have the face-to-face interaction that we're used to," Vargo said. "But at the same time I was really impressed with everything the firm did to make it seamless."

One major challenge was the fact that U.S. Citizenship and Immigration Services requires DACA applicants to provide a "wet" signature on the papers — no electronic signing is allowed. As a result, once the forms were completed, Vargo had to physically sign them and then ship them to the client for another signature. Winston provided pre-paid envelopes for the clients to send the signed application back to the firm for final review and a final mailing to the USCIS office.

"The clinic was on a Thursday, I had the forms to him on Friday and he got them back the next Monday or Tuesday," Vargo said of his experience. "It's a process that's honestly easier in person, but we had to adapt."

According to data filed as evidence in the Supreme Court case, there were 643,430 active DACA recipients in the country as of March 31. The Center for American Progress has estimated that more than 29,000 of those are health care workers like Juanita, with another 142,100 working in essential food-related jobs and 14,900 teachers — all playing a critical role during the ongoing pandemic.

Kutnick said Winston attorneys have so far helped more than 30 DACA recipients re-apply for the program through three virtual clinics. The firm's next virtual clinic will be held on May 14th, and Kutnick said they're prepared to keep conducting them for as long as possible before a potential ruling on DACA from the Supreme Court..

"As long as there's no decision yet, we'll continue doing the clinics," Kutnick said. "We need to get as many people eligible for renewal as possible to renew now."

For Juanita, the firm's pro bono services have been a huge help as she juggles her work on the front lines of the COVID-19 crisis and the fear of being deported.

"We all live with that fear, every DACA recipient," she said.."For me to not be allowed to work is a big concern, but in the meantime, Winston & Strawn has made the process very easy and not stressful."