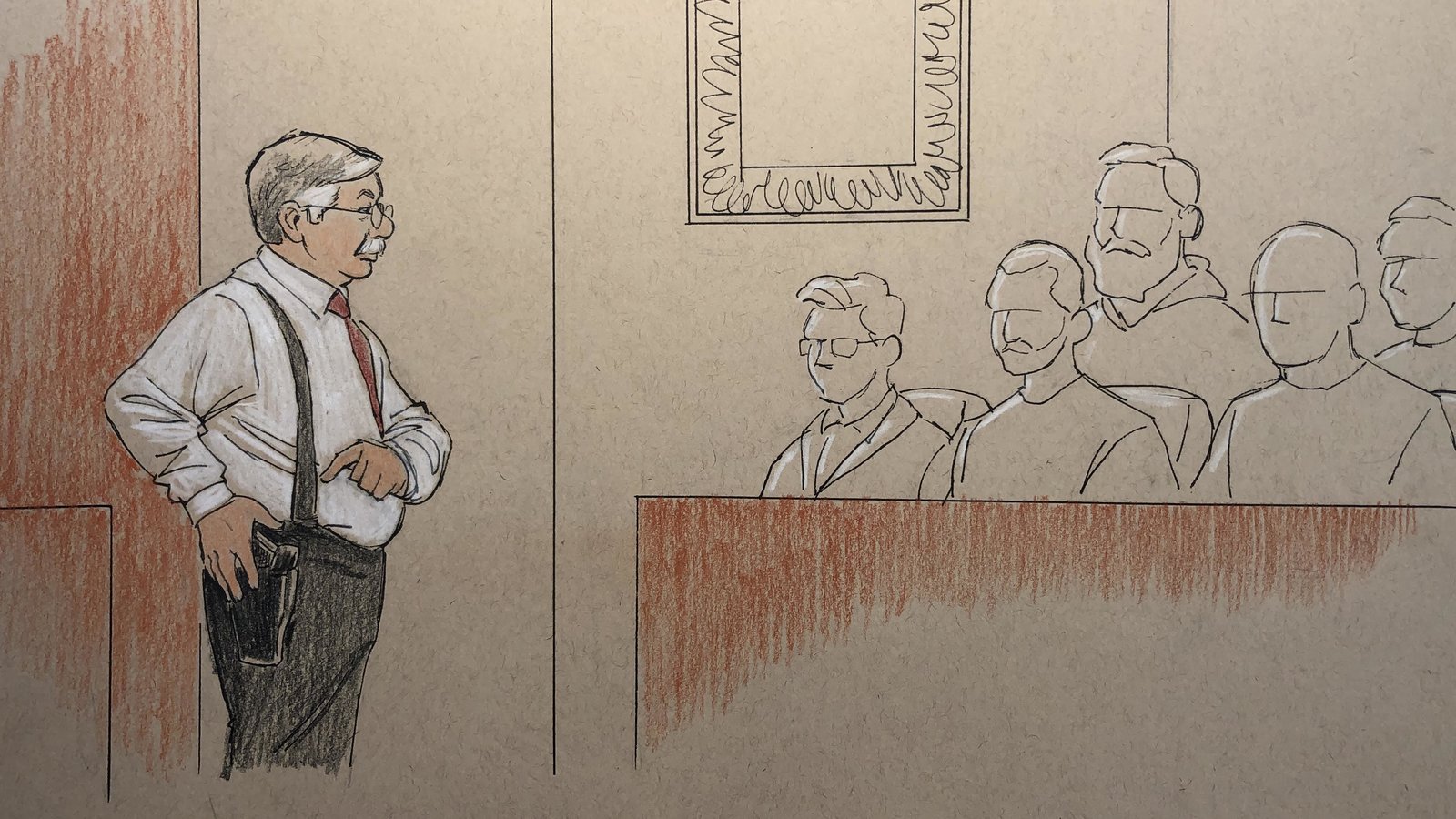 The "objectively reasonable" test for whether police force is justified relies on expert witnesses like Emanuel Kapelsohn, pictured here testifying in favor of former Minneapolis police officer Mohammed Noor, and has come under increased scrutiny following the killing of George Floyd. (Cedric Hohnstadt)


Soon after a viral video captured the last moments of a Black man killed by police in Minnesota, Emanuel Kapelsohn was asked to testify at the trial of the officer responsible.


It was 2017, and officer Jeronimo Yanez had pulled over Philando Castile for a broken taillight, thinking Castile resembled a robbery suspect. Castile told the officer he had a firearm — he was licensed to carry — and Yanez shot him when he thought he was reaching for his gun.

Kapelsohn, an attorney, reserve deputy sheriff, and use-of-force expert, got to work reviewing crime scene photos and the incident report.

He looked at state law and police department policies, as well as Yanez's training history. He bought a pair of the shorts Castile was wearing, and the type of gun he owned, to see if the firearm could be buried deep in his pocket or was likely sticking out.

There are an infinite number of situations in this world that police officers have to deal with, and some of them are truly bizarre. Kapelsohn, who testifies both for and against police in criminal prosecutions and civil wrongful death proceedings, estimates he's called as an expert witness in about six use-of-force cases each year.

"We've got to educate jurors so they understand what the officer brought to this situation in terms of his training and his experience — so they can determine whether it was reasonable," he said.

decision, determining whether police use of force was legally justified requires asking what a "reasonable officer on the scene" would have done. Kapelsohn likens this to medical malpractice cases, which ask about the conduct of a reasonable doctor.

But after George Floyd's death at the hands of Minneapolis police last month sparked protests over police brutality and racial inequity, the Graham standard is receiving fresh scrutiny. House Democrats have proposed overhauling the standard for federal law enforcement personnel by changing the question to whether force was "necessary" instead of asking if it was "reasonable."

The reasonableness standard has long been criticized as being overly vague. That ambiguity has led courts to let law enforcement experts and police policies to define what is reasonable, according to Osagie Obasogie, a bioethics professor at Berkeley who taught law for six years and has written extensively about the legal implications of police violence.

He questions the wisdom of holding police to constitutional standards that they themselves have de facto crafted.

The reasonable officer question dates back to a civil suit filed by Dethorne Graham, who'd sustained several injuries, including a broken foot and an injured shoulder, after police suspected him of theft and mistook a diabetic episode for drunkenness.

A friend drove Graham to a convenience store to get some orange juice to counteract his low blood sugar. When he saw a long line at the register, he returned to the car without buying anything. A nearby officer thought that was suspicious, and pulled Graham and his friend over.

Graham's insulin reaction made him act erratically. He got out of the car, ran around it twice, then collapsed. He woke up handcuffed. He told officers he was diabetic, needed food, and had a medical card to prove it in his pocket. Police shoved him against the hood of the car and threw him face-first into a police cruiser.

To defer to police policies to define the constitutional standard essentially turns law upside down. 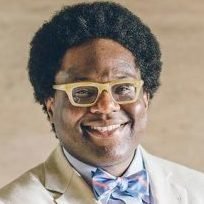 Graham sued over the incident, and lost in the lower courts. On appeal, he argued the standard for officer behavior should be the Fourth Amendment's lawful search and seizure prohibition, not a subjective due process test that required proving an officer's malicious state of mind.

The high court agreed in a unanimous decision that found "a particular use of force must be judged from the perspective of a reasonable officer on the scene." The justices instructed courts to consider the threat that suspects pose, the severity of the crime they're suspected of, and whether they're resisting or evading arrest.

The ruling was considered a civil rights victory, because intent was no longer required to find an officer's use of force was inappropriate. But in practice that remains difficult to prove.

Even Graham — suspected of shoplifting, in and out of consciousness and handcuffed when he was injured by police — lost his case when it went to trial under the new standard he'd set.

"That's been the story of police use-of-force cases ever since then," Obasogie said. "An objectively reasonable standard has enough ambiguity to it that oftentimes police officers are able to somehow justify even egregious actions, leaving victims without much recourse."

Officers are often absolved because of the perception of a threat, according to Suffolk University law professor Karen Blum, who calls that factor "the heavy hitter" under the Graham standard.

"There's always some attempt to construct a threat, even if there wasn't one there. 'He was reaching for his waistband,' 'he turned,' 'he had a knife' — you see those kinds of statements in these cases," she said. "And there's a great deal of deference given to officers if they felt the threat was real."

She added it's up to the jury to decide the facts, but that "very often, if the person was shot dead, it comes down to a credibility issue."

The Graham case itself was a civil suit, and while it isn't the standard for a criminal case, its reasonableness test often comes into play when determining an officer's state of mind for a criminal prosecution, because courts can consider police training and policies that are themselves influenced by Graham.

In a Cornell Law Review article published last year, he surveyed the use-of-force policies in the 75 largest American cities. Almost all of them mentioned the Graham case, either by name or with references to "reasonableness." But many lacked specifics on what that means. Only half of the policies discussed de-escalation tactics. And while 80% discussed whether officers could shoot at a moving vehicle or a fleeing felon, about half mentioned whether chokeholds were permissible.

When what's reasonable is left undefined, Obasogie said, it "creates a lot of wiggle room."

Other attorneys, especially those with a law enforcement background, see it differently.

There's a great deal of deference given to officers if they felt the threat was real. 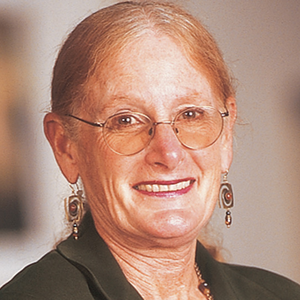 The Graham standard is something officers can easily understand and remember, according to Jack Ryan, who served for 20 years as a Providence police officer, and now conducts police trainings and audits and testifies as an expert witness. Essentially, as the risk and threat increases, so does the appropriate amount of force.

Alternative models, like the "force continuum" recommended by the "8 Can't Wait" police reform campaign, would require officers to try less severe tactics like voice commands and pepper spray before escalating to lethal force. Ryan said that can be confusing.

"People think you've got to climb it like a ladder," he said, but in violent scenarios, there isn't always time to go through all the different steps. "Sometimes you come in on the top rung."

The department policies that Kapelsohn, the use of force expert, has reviewed are often very specific, discussing the relative size of the officer and suspect, terrain, lighting and all the factors that make up the "totality of the circumstances" under Graham.

But he added that if policies are too specific, police will be hemmed in.

"There are an infinite number of situations in this world that police officers have to deal with, and some of them are truly bizarre," Kapelsohn said. "The more specific we make the policy, the more we prohibit an officer from taking action."

But specificity isn't the only problem with such policies, according to a University of Chicago review of police departments in 20 U.S. cities.

The report, presented to the United Nations Human Rights Council last week, found that none of the cities' policies met the four requirements of international law — that the use of force be proportional to the threat an officer perceives, necessary to save someone's life, legal in a human rights framework and accountable by triggering automatic independent review.

The cities met some of those requirements, but none met all four, said Nino Guruli, a professor at the University of Chicago Law School, who co-authored the report.

"That's a pretty damning finding," she said. "These four principles work together and reinforce each other."

The report recommends a series of reforms to bring U.S. policies in line with international norms. One is legislating a new federal use-of-force standard. Instead of asking what a reasonable officer would do, it would question whether force was necessary to prevent serious harm.

"We need to ask ourselves: 'The laws and policies that have put us in this situation, are they working?' I think most Americans would say no," said Brian Citro, a Northwestern University law professor and co-author of the report. "We're calling on Congress to amend that standard."

Some lawmakers are looking to do just that.

House Democrats' new police reform proposal, the Justice in Policing Act, includes a provision that would change the standard of force from "reasonable" to "necessary," and require deadly force be used as a last resort. It would only affect the use-of-force standard for federal law enforcement officers, like U.S. marshals and FBI agents.

At the state level, California passed a law last year changing its standard from "reasonable" to "necessary," but the law was only enacted in January, and Obasogie said it's too soon to say what its effect will be.

Kapelsohn said the "necessary" standard would be impossible to apply in court, because "we'll never know how much force was or wasn't necessary." He used the example of a man running toward an officer with a machete. Shooting the man would be objectively reasonable, he said. But knowing whether it was necessary would require knowing that other methods, like pleading with the man, wouldn't work.

"If we tried other things, and the person lops your head off, I guess we know now that that deadly force was acceptable, but that's not going to help us," he said. "The word 'necessary' means it has to occur, it needs to occur, otherwise something wouldn't happen. That can't be the standard. That's not a usable standard."

However, Citro and Guruli said that standard has been used successfully in European nations like the United Kingdom.

The European Court of Human Rights has ruled that deadly force must be "absolutely necessary." That term is defined by what it's not — force isn't "necessary," the court said, just because a suspect might get away, nor is it necessary if a suspect is not a "threat to life and limb" or is suspected of a nonviolent crime.

That standard is well-defined, but higher than the Graham test, Guruli said.

"We don't know what it would be like to have this higher standard in the U.S.," Citro said, "but it's not as if we're asking Congress to do something that is unheard of."