When he was 17, Wilmer Garcia Ramirez arrived in the United States after leaving his birth country of Guatemala, where his parents had arranged for him to work 11-hour days on various coffee plantations since the age of 9.

As a child, he was placed in the custody of the Office of Refugee Resettlement, and a court later determined that it was not in Wilmer's best interest to be returned to his parents, opening the door for him to become a lawful resident. But when Wilmer turned 18, instead of being allowed to live with a family friend who agreed to sponsor him, he was transferred to a U.S. Immigration and Customs Enforcement detention center. 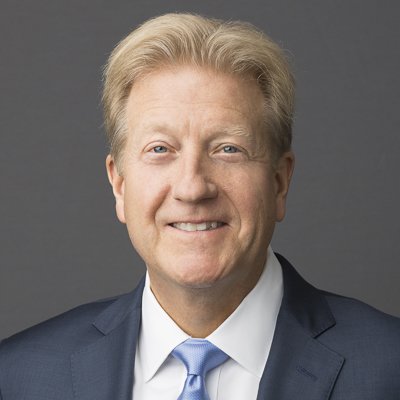 More than two years after filing a class action suit on behalf of Wilmer and other unaccompanied teens in ICE detention, Kirkland & Ellis LLP and its nonprofit partners at the National Immigrant Justice Center and the American Immigration Council won a major court decision that the way the agency has handled cases like Wilmer's is not allowed under federal law.

"We couldn't be happier with the court's decision," said Steve Patton, a litigation attorney who is of counsel at Kirkland & Ellis. "Lawyers always say when they win that the court's decision is thorough and well-reasoned, but here that old saw is spot-on."

The case concerned children like Wilmer who were held in ORR custody as minors, but who aged out of that custody when they turned 18. Under federal law, such teenagers should be allowed to live in the "least restrictive" setting possible while their immigration case proceeds, such as living with a relative or sponsor.

Under the law, these 18-year-olds should only be transferred to an ICE detention facility in circumstances when the teenager is considered a risk to themselves or the community, or if they are a flight risk. 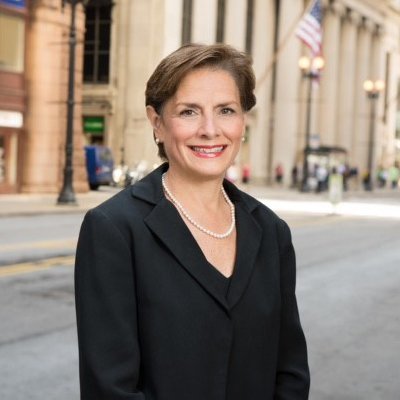 In the ruling, U.S. District Judge Rudolph Contreras concluded that ICE "frequently" fails to ask about alternative housing for these teenagers, such as group homes and sponsors, before transferring them to adult detention facilities and instead gives officers "unbridled discretion to make age-out custody determinations however they would like."

The decision also found that ICE agents were not properly trained on the law, and that some of their training appeared directly contrary to it.

According to Patton of Kirkland & Ellis and Mary Meg McCarthy, executive director of the National Immigrant Justice Center, the victory was a hard fought one.

NIJC, which has partnered with Kirkland & Ellis in the past, first contacted Patton and the firm in fall of 2017, after noticing a sharp increase in the number of clients who were transferred to ICE detention facilities when they turned 18. The team of attorneys went to work talking to immigration services providers across the county, trying to see how different field offices were handling these types of cases.

When it became clear that the new practices were widespread, the team filed a proposed class action in March 2018. Patton said that the attorneys chose to keep a "rifle shot" focus and make the claims as straightforward as possible.

Once the case commenced and discovery got away, however, Patton said the attorneys met steep resistance from the agency.

"It was as intense and hard-fought a resistance — just adamant resistance — to discovery as I think I've experienced in all my years of practice," he said. "It was hand-to-hand combat for almost the entire period of discovery."

It was difficult, he said, to get the government to disclose "even basic information." In fact, he said, the judge eventually ordered weekly telephone conferences so that the parties could hash out discovery matters on a regular basis.

Throughout the process, the nonprofit attorneys acted as subject matter experts on immigration law and took point on talking to other immigration services providers about the situation on the ground for young immigrants aging out of ORR custody. The Kirkland & Ellis team, meanwhile, took the lead on a lot of the "nuts and bolts" of the litigation itself, Patton said.

Patton estimated that at least a dozen Kirkland & Ellis attorneys worked on the case at some point during the two years of litigation, but the core trial team included seven attorneys: Michael B. Slade, who came aboard for the trial, and Tia Trout-Perez, who worked on the case from the start, as well as associates Britney A. Lewis, Erin Reynolds, Orla O'Callaghan and Paul Quincy, and Patton himself.

The team faced arguments from ICE that the agency has the discretion to decide whether detention is warranted and that it isn't legally obligated to seek out alternatives. At trial, the chief of ICE's Juvenile and Family Residential Management Unit argued that that burden rested instead with the ORR.

After that 18-day bench trial in April, in which the plaintiffs put on 37 witnesses, including a former immigration judge, statisticians, and a pediatrician who specializes in immigrant children, Judge Contreras ruled on July 2 that ICE had violated the law.

"The statute requires the secretary of DHS — acting through ICE officers in the field — to take into account the statutory risk factors as they consider placing each age-out in the least restrictive setting available," Judge Contreras wrote. "Doing this necessarily requires making an inquiry aimed at determining what settings are available and which of these is the least restrictive. As was clear from the testimony presented at trial, ICE officers are consistently failing to take either of these steps."

The judge has yet to rule on relief for the class. But McCarthy said that the 181-page decision on liability was already a major victory.

"It was important to have such a thorough decision," she said. "I'm so glad that the court really took the time and the effort to review all the evidence that demonstrated that the government was not complying with the law."

She also noted, as was also noted in the decision, that when ICE agents do make an effort to find sponsors or other alternatives to detention for teenagers, they are able to do so in most cases.

Now that the ruling has been handed down, the attorneys are scheduled to begin discussions of relief for the class. The judge has indicated he intends to issue the ruling on relief quickly.

There is no reason, McCarthy and Patton said, for these young people to remain locked up.

"We have to have a process," McCarthy said. "We have to treat these young people fairly."

Counsel for ICE did not respond to a request for comment.