Kelly's daughter was in bad shape. The teenager, who suffers from an eating disorder and other psychiatric conditions, had tried to take her own life multiple times and was on her 14th hospitalization — hospitalizations Kelly says clearly weren't working.

"She just was being sent in and out of literally revolving doors of hospitals and finding herself back sitting in the ER every time," says Kelly, who asked Law360 not to use her last name or that of her daughter.

What her daughter needed was long-term inpatient care, Kelly says, but that care wasn't available in the family's home state of Connecticut. And Beacon Health, which administers the behavioral health system for Connecticut's Medicaid population, wouldn't cover out-of-state care.

"I just was reiterating the same things that I knew legally and what my daughter needed and what she had the right to ... and waking up every single day and calling these people over and over again" without success, Kelly remembers.

That's when a social worker at Yale New Haven Children's Hospital, where Kelly's daughter was being treated, called Alice Rosenthal. Rosenthal, who is the attorney at the hospital's pediatric medical-legal partnership, convinced the insurance provider to pay for the out-of-state hospitalization.


"She takes a really big, big chunk of the burden off of me that I felt like I was the only one to carry for so long," Kelly says of Rosenthal's help. "You think you know all the things to say and do to get your child what they need, but honestly there is so much, there's just so much that the average person doesn't know."

Medical-legal partnerships, or MLPs, like the one that helped Kelly embed attorneys on the health care teams of low-income patients. The goal is to promote patients' health by ensuring they get help with the legal problems that often result from or even cause their health issues, according to Ellen Lawton, co-director of the National Center for Medical-Legal Partnership.

A child's asthma, for instance, may be exacerbated by the mold in their apartment, which the landlord refuses to fix, Lawton points out.

"The things that are important to promoting health are not just access to a doctor and things that happen in a doctor's office," Lawton says. "It's also access to healthy, safe housing, having enough income to provide food for your family, maybe services that you might need if you're, for example, a disabled veteran or a child with chronic asthma."

That access has become even more important in the wake of the coronavirus pandemic and its economic fallout, which has fallen disproportionately on low-income families, proponents of the partnerships say.

That means the MLPs, many of which were overburdened and understaffed even before the pandemic, now carry an even heavier load.

There are about 450 MLPs in 48 states, according to Lawton, who adds that "new ones are coming on line all the time." Some MLPs, like the one at Yale New Haven Children's Hospital, which is run in partnership with the Center for Children's Advocacy, place attorneys inside health care facilities — Rosenthal works five days a week at the hospital — while others refer patients to lawyers outside the facility.

A number of MLPs are also based at law schools. The University of Kansas School of Law's MLP is staffed by attorneys and law students who work at the medical facilities, while at Rutgers Law School's MLP in New Jersey, attorneys usually see clients in their homes and sometimes at their doctor's appointments.

Meanwhile, patients at the University of Michigan Law School's Pediatric Advocacy Clinic are seen at the school, according to Debra Chopp, associate dean for experiential education and director of the clinic. Chopp calls the arrangement "a perfect marriage," offering low-income patients legal help and law students the chance to hone their skills.

All of the MLPs provide their services free of charge, which helped drive interest in the programs even before the ongoing pandemic put new financial pressures on many patients. 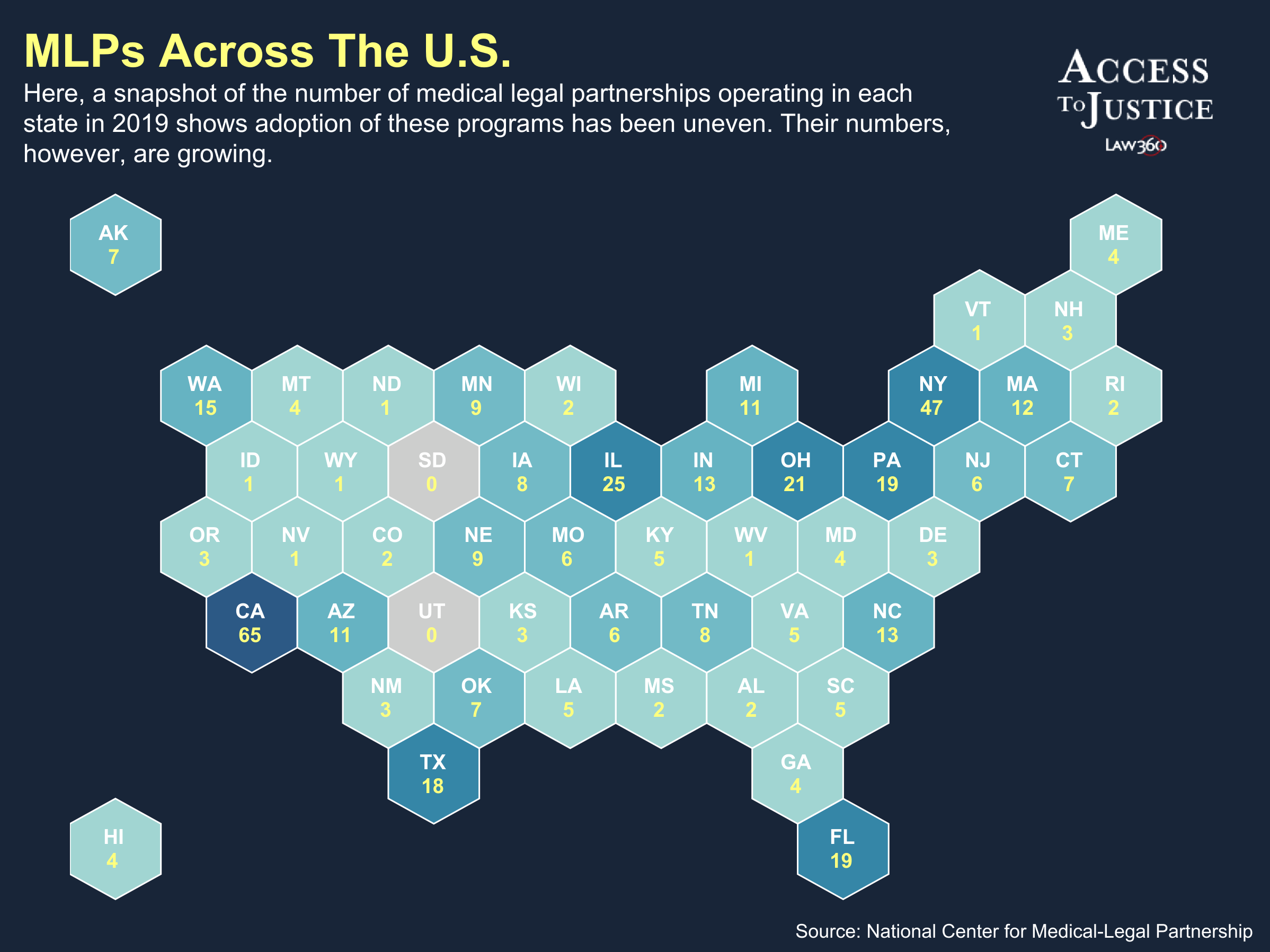 And while MLPs deal most commonly with issues intertwined with health, like housing, benefits and student accommodations, some do venture further afield.

At Rutgers Law School's MLP, attorney Jeremy Spiegel says he's helped many of his clients, usually in the context of patients with substance abuse issues, deal with municipal court fines and fees and occasionally even open criminal matters.

Andre Davis was climbing his way out of addiction and homelessness when he was referred to Spiegel by a hospital crisis center over several old municipal court fines and fees and a few outstanding criminal charges, for which multiple prosecutors had told him he would receive jail time. Spiegel, working with public defenders and advocating for Davis directly, managed to get the issues dispensed with through fines instead, and some were dismissed altogether, says Davis, who is now off drugs and off the street.

That help was "life-changing," Davis says. The MLP was "very much a part of me turning my life completely around."

Working on these "quasi-criminal" matters is unique for an MLP, Spiegel admits, but "these legal issues that are lingering, many times they really exacerbate some of the other [health] issues. They create a lot of anxiety and stress and really take attention away from the important healing that needs to happen."

By helping clients deal with that stress, MLPs can reduce hospital visits, say experts. Rosenthal once helped a 15-year-old with myriad health issues fight to get a school district to pay for special education outplacement at a private school that was better equipped to handle his needs.

The boy, who had suffered nine hospitalizations and four emergency room visits between fall 2014 and March 2016 — when Rosenthal met the family — went to the ER only once in the next year.

"He felt really safe and happy going to the school and so he stopped coming to the hospital so much," she says.

Short-Handed During a Pandemic

Many of these programs are short-handed, though, with several MLP attorneys saying capacity is one of their biggest challenges.


Law school MLPs have to give students the time to learn "and not bombard them with cases," Chopp points out. So while attorneys at legal aid offices may have 50 or more open cases, students at the MLP work on only two to three cases at a time.

Spiegel was the Rutgers Law MLP's only attorney until September when it hired an Equal Justice Works fellow who graduated from the school. And at the Yale New Haven MLP, Rosenthal is still the only lawyer for a hospital with 10,000 children in the primary care center alone. She gets over 300 referrals a year, she says.

One potential solution is to make the services MLPs provide billable to Medicaid, which they currently aren't, says Dr. Dennis Hsieh, the director of social medicine and population health at Harbor-UCLA Medical Center in Los Angeles and a physician and lawyer who has helped found four MLPs.

"If you made that change, I think many people would probably jump on the bandwagon," he says.

COVID-19 has only exacerbated the crunch facing many MLPs, given how its economic fallout has disproportionately impacted low-income communities, says Hsieh, who adds that his views on MLPs come from his own experience and don't necessarily represent those of the medical center. As more people become eligible for Medicaid and other benefits, MLPs will see an uptick in the number of people needing their services.

The pandemic has shifted the types of cases MLPs handle as well. With shuttered schools offering remote learning, Rosenthal now spends much of her time ensuring low-income kids get access to the same services as students in more affluent communities.

Spiegel says he's been helping a local quarantine hotel for COVID-19 patients with "basic quarantine law, which is something that you don't study much in law school."

And Chopp and Rosenthal, despite working largely with children, are taking on unemployment insurance cases to help what Chopp says is the "staggering number" of people who have applied for unemployment.

"We're just trying to be out — you know, virtually — out there in the community helping people who need help," she says.

MLPs can only provide that help if doctors and nurses recognize when those patients need it, Hsieh says.

Doctors tend to shy away from asking patients about issues like evictions and food insecurity, "often because they feel like they can't do anything about it," he says.

There are so many complex legal issues that may come up, and as medical providers who did not go to law school, we may not understand the nuances. 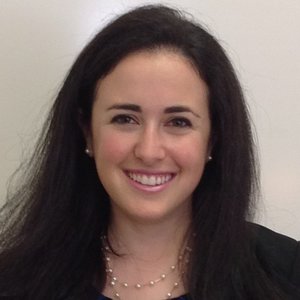 So MLP attorneys train their colleagues on the medical side to know what red flags to look for, what questions to ask their patients and when a lawyer should be called in.

"There are so many complex legal issues that may come up, and as medical providers who did not go to law school, we may not understand the nuances," says Dr. Julia Rosenberg, a pediatrician who works with Rosenthal.

If a patient has an explicit legal need, Rosenberg might generate an official referral to the MLP, she says, but the main advantage of having an attorney embedded at the hospital is the opportunity for ongoing, informal discussions about patients' legal problems.

"If I have a question for her related to, 'Is this a legal issue?' 'Is this allowed?' 'What are our resources?' It's just so easy to be able to reach out," she explains.

Unfortunately, the COVID-19 outbreak means it's not quite as easy now. Reminding doctors and nurses to ask the right questions and refer patients who need help to the MLPs has become more difficult, as health care providers focus on fighting the immediate health crisis and attorneys shift to remote work, Hsieh and Chopp say.

Forging that symbiosis has always been one of the biggest challenges MLPs face, Lawton says, and it requires reinventing how both doctors and lawyers work and think about each other, especially since most physicians' frame of reference for the legal profession is around malpractice. "Nobody says, 'Oh great, the lawyers are here,'" she adds.

But she and others insist the effort to change that frame of reference is worth it.

"By raising awareness among medical providers, you get this really nice team approach to issues that are really deeply connected to health and well-being. So we are better lawyers because of our partnership with doctors," Chopp says.

Kelly is grateful for that partnership. Her daughter is now being treated in a hospital in Virginia, and Rosenthal is helping her transition to a residential facility since she turns 18 in August, even accompanying Kelly on tours of facilities.

"Honestly, my daughter really wouldn't be alive today if Alice wasn't in the picture, because we would have gone right back through the revolving doors," Kelly says.