Alexis Hoag On 'Movement Lawyering' As A Tool For Justice

When Alexis Hoag went to law school with a dream of becoming a public interest lawyer, she never imagined that she'd one day be teaching prison abolitionist theories to future law students just like herself. 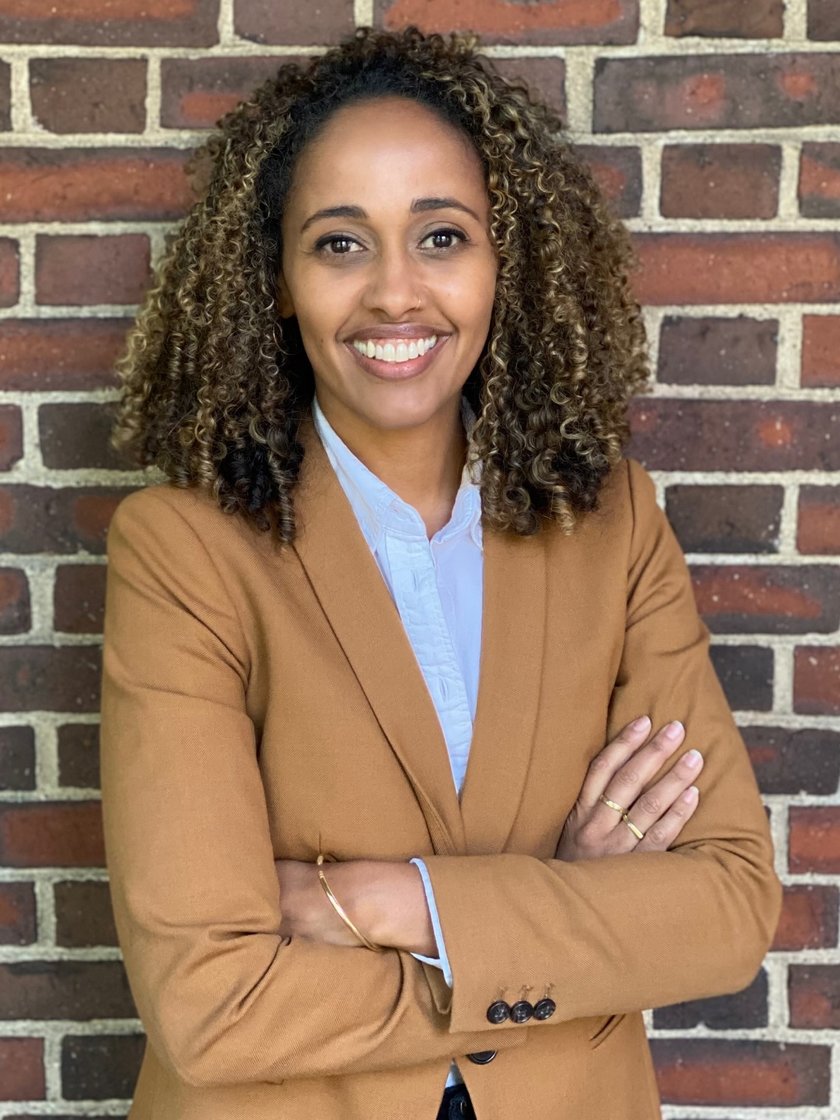 Alexis Hoag is teaching the attorneys of tomorrow how to partner with community members in the fight against inequality.

But a lot has changed since she graduated New York University School of Law in 2008. After eight years as a federal public defender and a stint at the NAACP Legal Defense and Educational Fund, Hoag was selected as the inaugural practitioner-in-residence at Columbia University's Eric H. Holder Jr. Initiative for Civil and Political Rights, which aims to advance learning on "significant contemporary issues."

At the post, she's helped students investigate how the death penalty — and even police, prisons and criminal punishment more broadly — can be abolished. Spurred by weeks of protests over racial injustice in the legal system, she's teaching a new class in the fall on movement lawyering, which she defines as "advocating on behalf of and alongside community members."

"When I started law school, the concept of defunding the police was not part of my vocabulary or worldview," she told Law360. "To be a public interest lawyer was to very much work with these systems ... but the students I encounter today, they come to law school as self-identified abolitionists. It's very exciting."

Hoag spoke with Law360 about the lessons she hopes to impart in outlining a method of advocacy that she believes will become increasingly important as the country continues grappling with inherent racism in the legal system.

What is movement lawyering and how can it be a tool for increasing access to justice?

Movement lawyering is really about empowering communities and tapping into existing social change that's being conducted on the ground, outside of a law office or even a public interest organization.

Whereas impact litigation is more about identifying a legal issue and then going out to find a representative plaintiff, movement lawyering is more about listening, observing and getting a pulse for what the impacted people in a community need to change.

A movement lawyer is not out there with their own social change agenda but rather to help build the power of community organizations: They treat those organizations as you would paying clients.

What is an example of movement lawyering in the current context of protests against police and racial injustice?

I worked at the NAACP Legal Defense and Educational Fund, which has litigators but also community organizers and lawyers focused on policy change.

One of the key areas for the policy attorneys was police reform. The work that we were doing in NYC was in partnership with on-the-ground community organizers who had been looking at police reform for decades. Logistically, attorneys at LDF were helping create space for community forums with the state Assembly. They collected, prepared and delivered testimony, not from LDF lawyers, but from people in the community who are being directly impacted.

Why is it important for law students to learn about movement lawyering?

They're hungry for these opportunities. So much of the law in the first-year curriculum is divorced from practice, and it's presented largely absent from its social historical context. And the students live in New York City. They are privy to what's going on in the world and in this country, particularly in the wake of George Floyd's murder.

The students, not just at Columbia Law School, but students across this country are demanding courses that reflect current events. And when I teach any of my courses, I tell my students that the law can be a tool to perpetuate and to dismantle inequality.

It's my goal to give them tools for how to dismantle inequality. I also present the law within social and historical context: This is a nation that operated slavery for over 250 years, which created a racial hierarchy that persists today. Its impact is still being felt within the criminal legal system and many other legal institutions in this country. It's a disservice to students to present the law without that context.

How can the law perpetuate inequality?

During our early years, prerevolution, colonial laws actually specified the race of the defendant and of the victim when defining whether certain conduct was criminal. When a Black enslaved person struck their white master and drew blood, that was punishable by death. If a white person struck an enslaved person, that was not a crime. In fact, the only way to address that conduct was potential reimbursement to the slave owner if their "property" was damaged or killed.

So our criminal laws today derive from those laws. And after Black enslaved people were emancipated, there was this long reign of Jim Crow, when criminal codes were racially neutral but law enforcement targeted Black people for these vague crimes: vagrancy, being without proof of employment, trespass. Those charges could result in the incarceration of a Black person, and due to the carveout in the 13th Amendment that allowed for involuntary servitude as punishment for crime, that person could be leased to a private company through convict leasing.

In this way, incarceration really replaced the institution of slavery. It's not a coincidence that Black people are disproportionately incarcerated, or that 1 in 3 Black male babies will be under the supervision of the justice system, or that our death row population is over 40% Black even though the population of the country is 13%.

Look at the collateral consequences of criminal convictions: losing voting rights, access to housing or educational loans, custody of your own children, the ability to work certain jobs. Criminal convictions still prevent people from working in whole sectors.

So this idea of giving a hard look at law enforcement and policing and the criminal legal system is of course going to have an impact on the civil system.