Amid Calls For Police Scrutiny, Cities Look To Law Firms 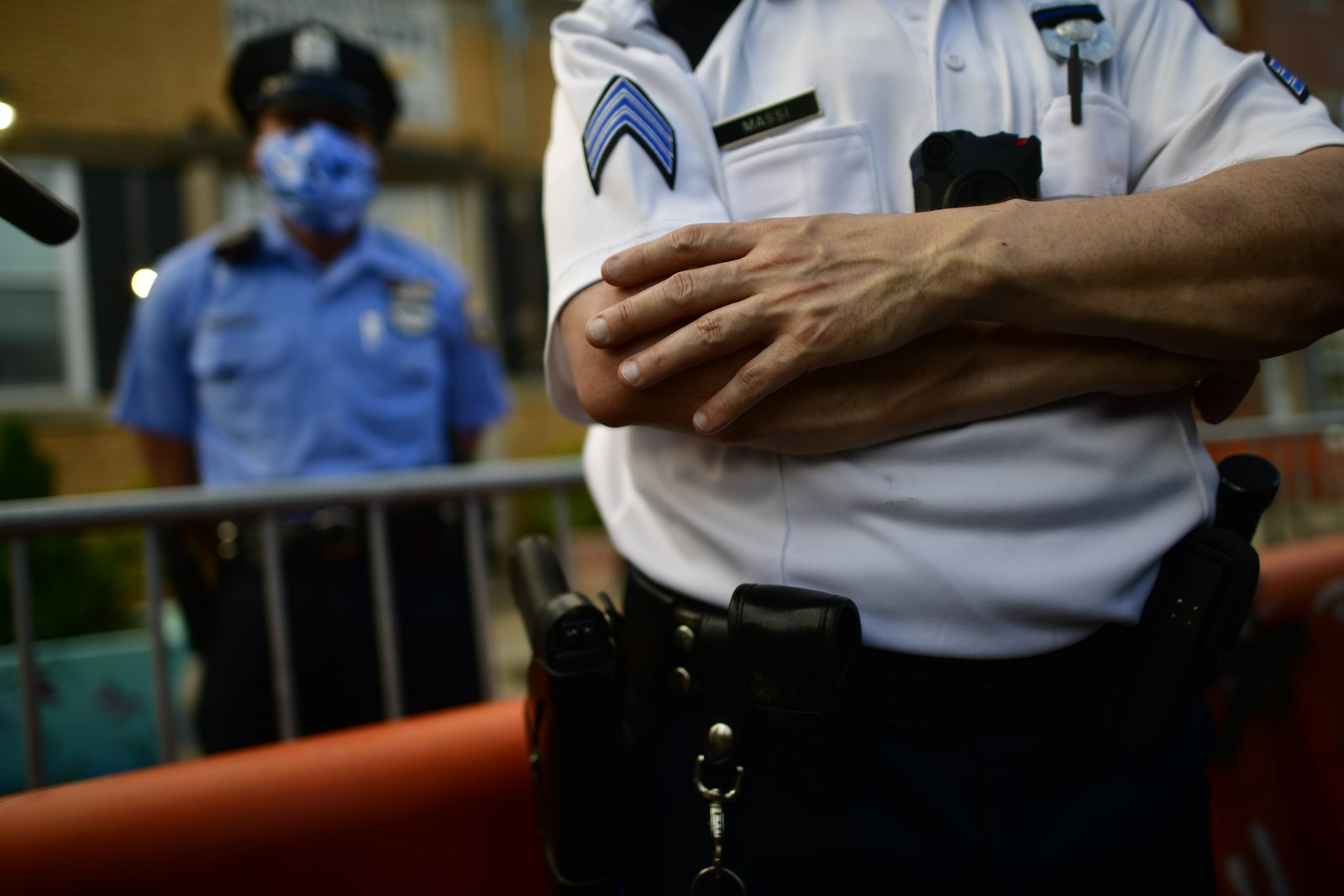 As protests over officer-involved killings intensify, investigations into police actions and policies are increasingly being turned over to private law firms. (Mark Makela/Getty Images)


By the time George Floyd's death at the hands of Minneapolis police set off worldwide protests in May, the city of Aurora, Colorado, had already been racked with calls for justice for the better part of a year over the officer-involved death of an unarmed Black man who had committed no crime.


On a warm night in August 2019, Aurora police received a report of a suspicious person in a ski mask. Three officers arrived and dragged 23-year-old Elijah McClain to the ground, pinching his carotid arteries in a headlock.

Outrage mounted after the local Adams County district attorney, which regularly works with the troubled Aurora Police Department, declined in November to file charges against the officers.

"With this particular incident and the national conversation, there's just not a lot of faith in the police investigating the police," said Aurora City Council Member Allison Hiltz, who chairs the city's public safety committee.

As public distrust of police intensifies nationwide, the dearth of oversight for the vast majority of police has become more glaring. Civilian oversight boards monitor just a few of the nation's 18,000 law enforcement agencies, and the Trump administration recently removed a critical layer of federal oversight by taking critical tools away from the U.S. Department of Justice.

So cities with troubled police departments like Aurora, Philadelphia, and Fort Worth, Texas, are hiring private attorneys to do some of what the federal government might once have done: investigate the incident and the police department's underlying policies and release an exhaustive and public report with recommendations for change.

Cities have tapped firms for such jobs in the past, but those hirings could take on added significance amid the ongoing protests over racial injustice across the country. Private lawyers with no ties to law enforcement lend credibility to inquiries and reviews, police reform advocates and city officials said. Attorneys have the added benefit of diffusing some of the political heat stemming from the investigations' findings and recommendations.

Outside investigators can be expensive, but worth every penny, said Miller Canfield LLP partner Megan Norris, who recently conducted a politically sensitive probe of the actions of a police chief in Ann Arbor, Michigan.

"Whether you're talking about something relatively small-scale ... or something really large, the cost of getting it wrong is always more," she said.

When it comes to policing the police, experts said robust and independent citizen oversight is the gold standard. And, like gold, it is rare and can be quite expensive.


The U.S. has about 18,000 policing agencies and just 200 civilian oversight bodies, said Brian Corr, former president of the National Association for Civilian Oversight of Law Enforcement.

Civilian oversight agencies can vary dramatically in structure, but they all handle public complaints against law enforcement officers.

There are three basic categories, with most agencies taking hybrid approaches, according to NACOLE:

Auditor or monitor agencies tend to focus more on patterns and policies than individual incidents and can be moderately expensive.

Investigation-focused agencies conduct frequent independent investigations based on complaints, but tend to be the most expensive.

When officers fire a weapon or kill someone, the involved departments usually call upon local prosecutors or neighboring police agencies to investigate. This does little to satisfy an increasingly skeptical public, given the working relationships between the agencies.

The federal government has occasionally intervened in the past. The U.S. Department of Justice can scrutinize a police department for problematic practices and policies and follow up with a court-enforced consent decree agreement. The decree requires changes and appoints an independent monitor to ensure compliance.

Former U.S. Attorney General Jeff Sessions dramatically restricted the department's use of consent decrees before he resigned in 2018. The Trump administration has not obtained a single consent decree.

The administration also dismantled the DOJ's more gentle and collaborative reform program run through its Office of Community Oriented Policing Services. Local law enforcement agencies could, and often did, voluntarily ask attorneys and experienced law enforcement professionals at the COPS office to review their practices and policies and make recommendations for changes and training.

Two former U.S. attorneys told Law360 that these changes did a great deal to dampen police reform efforts, even if the departments themselves desired to change.

Kenneth Polite, former U.S. attorney for the Eastern District of Louisiana, said that two agencies in his jurisdiction, including the New Orleans Police Department, both improved dramatically under consent decrees. The COPS office's collaborative reform program was successful and popular enough to have a waiting list of police agencies, he said.

"The overall effect of those policy decisions has been a void in oversight of law enforcement agencies nationwide," said Polite, now a Morgan Lewis & Bockius LLP partner. "To the extent that you've got patterns of misconduct by certain agencies, there's no one that's basically tasked with engaging with oversight there. But then what you've also lost is, you get this void in terms of resources for law enforcement agencies that simply want to improve themselves."

Private law firms might play a role in filling that void.

WilmerHale partner John Walsh, former U.S. attorney for the District of Colorado, said that cities have been more frequently engaging private attorneys in an effort to accomplish some of the things with which the federal government used to be able to help them.

Fort Worth, Texas, hired noted civil rights attorney Jonathan Smith to probe a case in which a police officer standing outside of Atatiana Jefferson's home fatally shot the Black woman through a window.

Boulder, Colorado, last year hired Bob Troyer, former U.S. attorney for the District of Colorado, to investigate an officer's attempt to detain a Black man who was picking up trash outside his own home.

"There used to be a greater degree of federal support and even federal review available to cities that has faded, and obviously not every city is going to be able to set up its own civilian oversight commission, especially smaller towns," Walsh said. "There's a definite role for this focus, a specific place for this kind of review by outside counsel."

In Aurora, there is no real independent police oversight. The city's advisory Independent Review Board is infrequently used, has no actual power and includes four police officers on its eight-member board. After McClain's death, the city formed a task force to explore creating a robust independent oversight system. The process is still in its early stages.

The district attorney in Adams County, Colorado, conducted the first review of McClain's death. Prosecutors concluded in November that the facts of the case didn't warrant criminal charges against the officers, citing a coroner's report that questioned whether officers even caused his death. 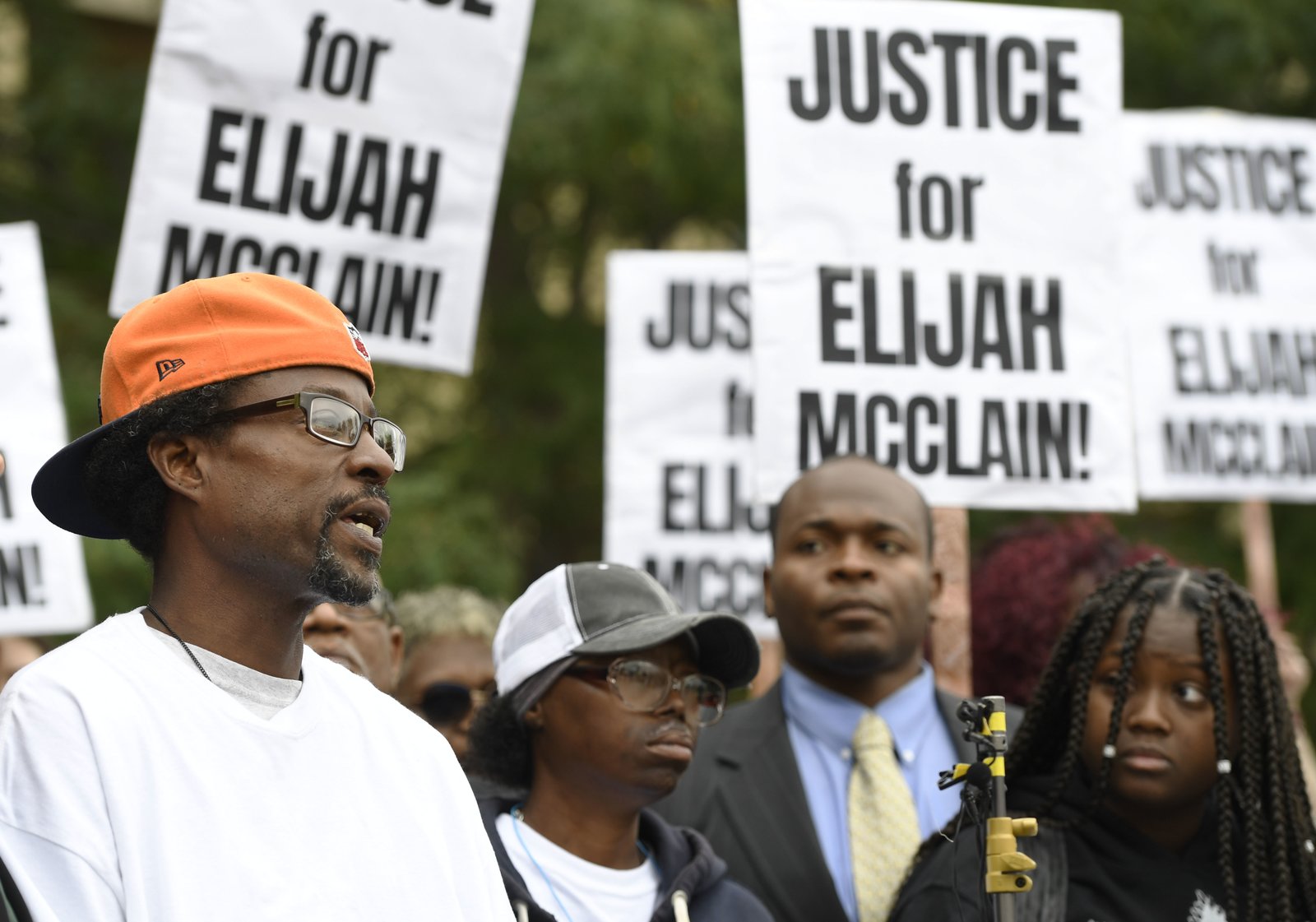 
The determination didn't provide much in the way of closure for activists, City Council members or McClain's family.

As outrage simmered in the wake of the McClain case, Aurora in December inked a $300,000 contract with WilmerHale to have Walsh investigate whether the city mishandled a separate case involving an Aurora police officer found passed out drunk in a running patrol car. The officer wasn't criminally charged or fired.

Walsh issued a 329-page report outlining mistakes and policy shortcomings in the Aurora Police Department's handling of the incident, from the moment the officer was found to the then-chief's decision to demote rather than fire the officer. The report was fairly scathing, but also presented an in-depth analysis of several policies and a road map for change.

Walsh said bringing in independent counsel isn't a replacement for traditional independent police oversight. But when delving into specific incidents or procedures, it can be a useful tool, particularly for smaller cities without formal independent oversight.

"One of the advantages of having outside counsel with experience working with law enforcement and law enforcement procedures to do an investigation or a review is that when those reports come out, they can have a lot of clout," he said. "It often is something that a police department can't ignore or feel that it really does have to take into account."

The process was enough of a success that city officials saw in it a way to answer some of the questions left open by McClain's death, said Aurora Deputy City Manager Jason Batchelor.

The city first hired Eric Daigle, a Connecticut-based attorney and former police officer who has defended cities against police misconduct lawsuits, to probe the case in February. However, George Floyd's death changed the national conversation. Hiltz, the Aurora City Council member and public safety chair who was elected to her first term in 2017, said she and others grew concerned that the public wouldn't trust Daigle in this case.

The city in July canceled its contract with Daigle and instead gave the job to civil rights attorney Smith, who is executive director of the nonprofit Washington Lawyers' Committee for Civil Rights and Urban Affairs, to review McClain's killing and the practices and policies that contributed to his death.

Daigle and Smith did not respond to requests for comment, nor did Mari Newman of Killmer Lane & Newman LLP, who represents McClain's family and the protesters.

The Federal Bureau of Investigation said it is reviewing McClain's death, and Colorado Gov. Jared Polis has appointed a special prosecutor to investigate McClain's death and potentially criminally prosecute anyone found to be responsible. However, neither investigation is expected to result in the kind of systemic review and reform that a COPS assessment or consent decree might have prompted, experts said.

A private attorney's investigation could aim to address those systemic issues. However, in a way, it carries the downsides of both federal tools. The private inquiry would be costly to the city, and, unlike the collaborative reform approach, it could set an adversarial tone.

It would also lack the teeth of a consent decree; any recommendations the attorney makes would not be mandatorily enforced or monitored.

Aurora, if all goes to plan, could be left with a phone book-sized stack of valuable expert recommendations. The public might approve, and city officials will likely discuss it with passion.

Hiltz said that Smith's transparent and highly publicized report will be a start. But she still worries.

"There is a long history, especially when it comes to commissions looking at anything that is racially based, of putting out this great document but then nothing actually happens," Hiltz said. "What we don't want to see is another government-commissioned report or investigation sit on a shelf and become irrelevant, and then have the same thing happen again."