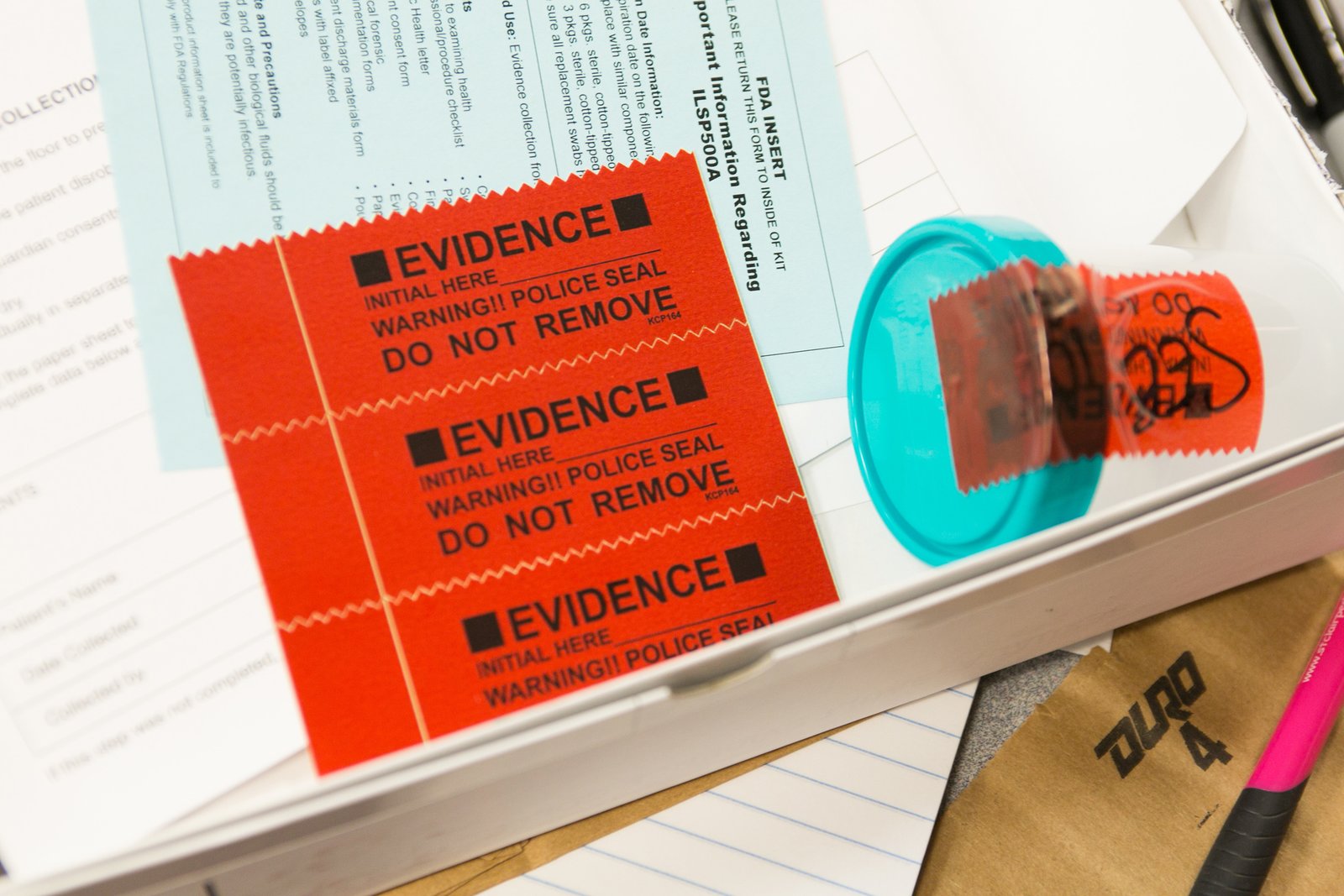 
In 1993, on the Upper West Side of Manhattan, Alexenko was raped multiple times at gunpoint on the rooftop landing of her apartment building. The entire time, she thought she was going to die.

After her attacker left, Alexenko went to her apartment and pounded on the door for her roommates to let her in because the man who raped her took her keys. 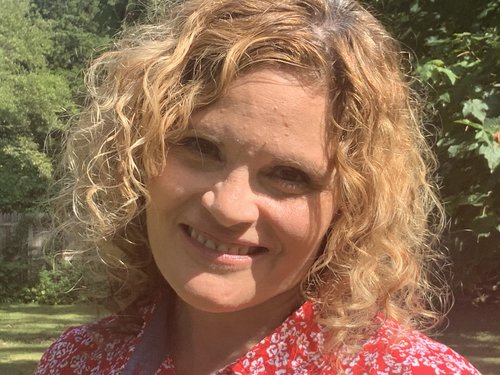 But Alexenko knew her attacker was a "horrific human being" and she didn't want what happened to her to happen to anyone else.

The sexual assault exam she undertook, however, was "equally horrific" as her assault, she said. A nurse stuck long swabs in her vagina, anus and mouth to get DNA samples, while asking Alexenko where her attacker touched and kissed her so they could extract more DNA samples from her skin.

After Alexenko's rape kit was completed, it was sent to law enforcement, where it sat on a shelf, untested, for 10 years while her attacker continued victimizing other people.

"To this day, I can close my eyes and see the gun," Alexenko said. "This is a crime that stays with you forever."

Alexenko is one of thousands of sexual assault survivors whose rape kits went untested for years as a consequence of law enforcement mishandling sexual assault cases. Alexenko's kit was finally tested when New York committed to clearing its backlog of untested rape kits.

As of last month, Virginia is only the sixth state, along with Washington, D.C., to have cleared its backlog, according to the End the Backlog campaign, a national initiative seeking to have all rape kits tested. This means that thousands of sexual assault victims in other states have yet to have their kits tested and their attackers remain free. While many states are trying to end their backlogs using grant funding and passing legislation to prevent the problem from happening again, they are finding the testing process to be more time-consuming and complicated than they initially anticipated.

The exact number of untested rape kits in the U.S. is unknown. But based on the available data, the number of such kits is in the tens of thousands.

Rape kit evidence is essential for prosecution, but for years, kits across the country went untested because police and prosecutors didn't take rape cases seriously or didn't believe victims because they couldn't recall details of their assaults, advocates say.

"In places where there are no laws or policies with what to do with a rape kit, [a police detective] chooses whether that rape kit goes forward or not, and chooses whether or not it goes to testing, and all too often that person is going to decide this case isn't worth it," said Ilse Knecht, the director of policy and advocacy at the Joyful Heart Foundation who leads the End the Backlog campaign.

States wanting to end their untested rape kit backlogs often lack the money or manpower to accomplish the task. Rape kit testing is expensive, and many state crime labs that process rape kits are understaffed.

Many states are trying to end their rape kit backlogs but are burdened by other backlogs of DNA evidence used to locate missing persons, exonerate the innocent and even solve property crimes, according to Debbie Smith, a rape victim who pushed Congress to pass the Debbie Smith Act, which provides federal funding to states for clearing their backlogs.

"DNA is kind of a victim of its own success," Smith said. "Everybody wants DNA for all kinds of cases, not just rape."

Some states that cleared their backlogs, such as Virginia and New York, have passed laws requiring law enforcement to send all rape kits to state crime labs for testing within a certain amount of days. Texas and Virginia have implemented tracking systems so that hospitals, law enforcement and labs can log where kits are at in the testing process.

When Virginia cleared its backlog, it used a vetted private lab to test old rape kits, rather than hiring more staff and procuring more equipment, which would further delay testing and possibly add to backlogs of other DNA evidence, according to Brad Jenkins, the biology program manager in charge of DNA testing at Virginia state crime labs.

There are some funds available to help speed up the process.

Along with the Debbie Smith Act, which was reauthorized in December until 2024 to provide states with millions of dollars to clear their DNA testing backlogs, states can receive federal funding from the U.S. Department of Justice's Sexual Assault Kit Initiative, or SAKI, that has resulted in more than 60,000 rape kits being submitted for testing and connecting more than 6,000 sexual assaults to serial offenders.

But even with the proper funding, states have to commit to years of work to end their backlogs. They have to create project plans, implement new protocols and hire more staff.

"If you are looking at cases that span three to four decades, you're not going to get a grant to fix it in a year," said Angela Williamson, SAKI's senior policy adviser. "You're probably not even going to be able to address all those cases in even three years."

More than nine years passed before Alexenko's rape kit was tested when the deadline for prosecution was approaching in her case. At that time, the statute of limitations for prosecuting rape in New York was 10 years, and New York City was clearing its rape kit backlog after discovering in 1999 that it had approximately 17,000 untested rape kits, according to End the Backlog.

A prosecutor from New York City's Sex Crimes Unit called Alexenko in 2003 to tell her rape kit had been tested and that the city was filing an indictment with her attacker's DNA to stop the statute of limitations on her case. Alexenko was surprised because she thought her kit had been tested.

"When you are not testing rape kits, it's like you have made rape legal," Alexenko said.

The DNA of Alexenko's attacker was entered into the Federal Bureau of Investigation's Combined DNA Index System, or CODIS, a database where DNA profiles are stored, but a match wasn't found until four years later.

In 2007, the New York City prosecutor called Alexenko again to let her know they found the man who had raped her.

"What's his name?" Alexenko asked. She was told: "Victor Rondon."

According to Alexenko, Rondon's DNA was entered into CODIS after he violated his parole for possession of an unregistered firearm in New York by assaulting an officer who was giving him a citation for jaywalking in Las Vegas. Because of an extradition agreement between New York and Nevada, Nevada sent Rondon back to New York where detectives swabbed him and put his DNA in CODIS, Alexenko said.

Months passed before Rondon pleaded not guilty to sexually assaulting Alexenko and his case went to trial in May 2008. When Alexenko saw Rondon unhandcuffed in the courtroom, she started hyperventilating and fainted. A bailiff caught her.

After composing herself by talking to her former roommate who had urged her to get the rape kit done, Alexenko took the stand, where a defense attorney asked her personal details about her sex life, such as if she was a virgin and if there had been blood after the assault, even though a prosecutor told her she would not be asked those questions.

The trial lasted two days and a jury took four hours to deliberate. Rondon was sentenced until 2057 and is eligible for parole in 2024, according to Alexenko.

"For so many years, I felt like I didn't deserve anything because I was blaming myself for things," Alexenko said. "I felt like, 'My gosh, I don't deserve justice,' and then to receive it, it just kind of changes your outlook on yourself as a person functioning in society and everything else."

Rondon's attorney did not respond to a request for comment.

Alexenko learned that Rondon was a serial criminal, which is not uncommon for rapists. Based on a study of the rape kit backlog in Detroit, about 38% of the offenders who have been identified through the use of DNA are serial offenders who had between two and 15 victims, according to Camille Cooper, the vice president of public policy at RAINN, a nonprofit that provides support resources to sexual assault victims.

Rapists' crimes are also not isolated to sexual assault. More than half of all alleged rapists have at least one prior conviction for rape, robbery, assault or battery, according to RAINN. As a result, when sexual assault cases are not prosecuted and perpetrators remain free, communities are adversely impacted and public safety is jeopardized.

"Across the country, communities that are [working to end their backlogs] have identified crimes that could have been prevented if they just paid attention to that survivor and listened to her, and believed her, and tested the rape kit," Knecht said. "Other people's lives would not have been affected in such a terrible way."

In other cases, private law firms can assist district attorney's offices by uncovering and obtaining evidence from perpetrators in civil litigation where there is no Fifth Amendment right to remain silent according to Brian Kent, a former Pennsylvania prosecutor in the Sex Crimes Unit of the Montgomery County District Attorney's Office who now works at Laffey Bucci & Kent LLP, representing sexual assault victims in civil litigation.

"We can get a lot of information and evidence that the police or prosecutor's office may not have or may not be able to get, whether that might mean because of resources or whether it is because they're overwhelmed in terms of the amount of cases," Kent said.

But DNA evidence has a powerful effect on juries and judges.

"Society and the world has evolved to the point where they understand DNA evidence ... points to a specific individual," Milleville said.

As long as rape kits have not been destroyed or damaged and kept at room temperature, the DNA inside of them will be preserved for years, according to biology program manager Jenkins.

And while many states have time limits for the prosecution of sexual assaults, some states have worked to widen that window.

Justice doesn't necessarily mean criminal prosecution for rape survivors. For some survivors, justice means having their rape kits tested and having their cases taken seriously by law enforcement, according to Dr. Rebecca Campbell, who studied how Sexual Assault Nurse Examiner programs impacted criminal prosecution of sexual assaults for the DOJ's National Institute for Justice.

"When we don't test rape kits, then there is less opportunity for a case to be investigated and prosecuted," Campbell said. "So if that is what a survivor defines as justice, then not testing rape kits makes that particular pathway to justice pretty darn difficult."