In 2011, Willie Espino Jr. moved into a New York City Housing Authority apartment building. But without access to ramps, the mobility-impaired U.S. veteran had to rely on a makeshift piece of plywood to enter and exit the building in his wheelchair.


The 63-year-old resident of NYCHA's Patterson Houses in the Bronx borough also depended on a home health aide or a neighbor to lay down the plywood ramp, which often slipped on the three flights of stairs inside and outside the building and bent under the weight of his 350-pound motorized wheelchair. 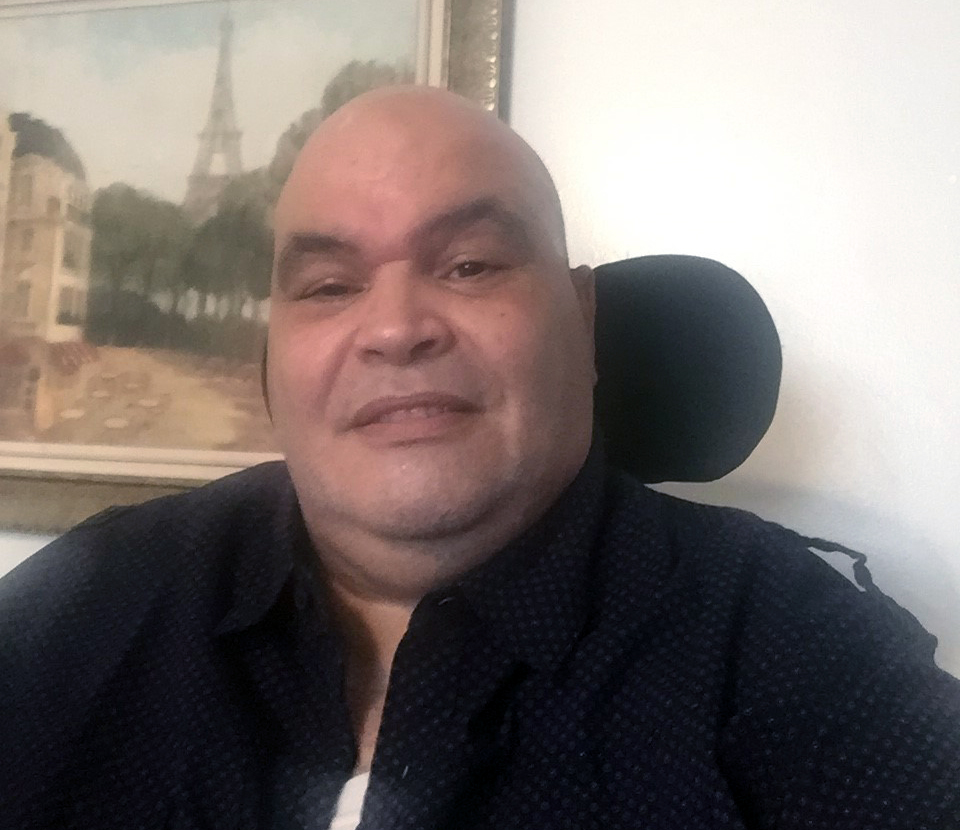 Paul Weiss helped New York City Housing Authority tenant Willie Espino Jr. reach a settlement in his bias suit after he fought for years for the agency to install a wheelchair ramp at his apartment building or transfer him to an accessible building.

According to court documents, Espino for several consecutive years asked the public housing development for a reasonable accommodation for his mobility impairment — the installation of a ramp at his building or a transfer to a wheelchair-accessible building — but NYCHA refused his requests. In 2018, Espino brought his case to federal district court.

"Discrimination against disabled people is never right, and nobody should be treated poorly like I was treated," he said in a statement last month.

With the help of a pro bono team from Paul Weiss Rifkind Wharton & Garrison LLP, Espino last month secured a settlement in his bias lawsuit against NYCHA that will reform the agency's reasonable accommodation and transfer procedures for its tenants across the city's five boroughs.

The settlement will help ensure "that the mobility-impaired residents living in NYCHA are treated with dignity and that they're not treated as second-class citizens as Mr. Espino was," Brad Feldman, one of four Paul Weiss lawyers working on the case, told Law360.

The agency, which is the largest municipal public housing authority in the U.S., serves 1 in every 15 New Yorkers, according to 2019 public data from NYCHA. Throughout NYCHA's 173,762 apartments in five boroughs, there are 7,368 retrofitted for families with people who are mobility-impaired. 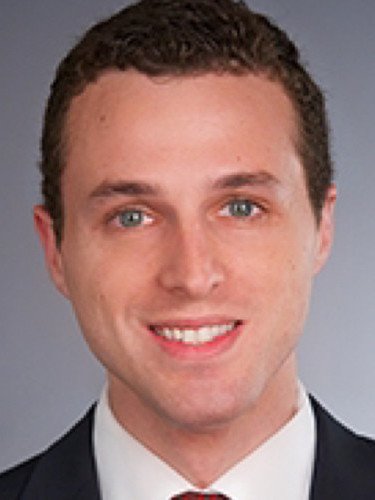 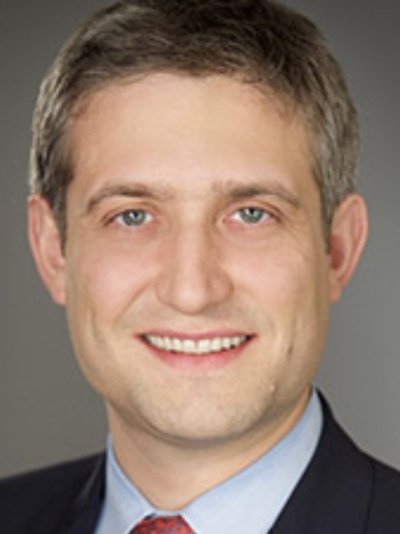 Among his claims, Espino said the agency violated city, state and federal anti-discrimination laws — including the Fair Housing Amendments Act, the Americans with Disabilities Act, and the Rehabilitation Act — by failing to install a wheelchair ramp at his apartment building or transfer him to a wheelchair-accessible building.

According to the complaint filed in October 2018, Espino between 2011 and 2015 made multiple requests for a reasonable accommodation. NYCHA defines a reasonable accommodation as "a change, modification or alteration in policy, procedure, practice or program that provides a qualified individual with a disability the same opportunity as exists for nondisabled individuals, to participate in, or benefit from, a program or activity," according to court documents.

But NYCHA management denied the requests, and Espino brought his case to Bronx Housing Court, the complaint says.

NYCHA argued that it was not legally required to build an access ramp, according to court documents.

In April 2018, a Bronx Housing Court judge ordered NYCHA to install a temporary ramp within 30 days. But NYCHA delayed for about four months, and then only established a temporary ramp outside the building. Espino had to continue to use his plywood ramp for the stairs located between the building entrance and lobby, the complaint says.

The next month, NYCHA appealed the judge's order and invoked an automatic stay, according to the complaint.

The complaint goes on to say that about two weeks after the judge's order, NYCHA revoked Espino's apartment transfer, which had been approved around 2015 but was unfulfilled because it was contingent upon an apartment vacancy.

In its answer filed in December 2018, NYCHA denied the allegation in the complaint that it had notified Espino about revoking an apartment transfer.

Espino took his case to the U.S. District Court for the Southern District of New York. According to the complaint, he "has become a prisoner in his own home," and he sometimes missed or had to postpone medical appointments while he waited for help exiting the building.

"When the home health aide is unavailable, Mr. Espino cannot leave the building unless he receives assistance from a neighbor," the complaint says.

A permanent ramp completed in March 2019 now provides a wheelchair accessible entrance to the building and into the lobby, said Sara Smith, a staff attorney for Bronx Legal Services who also represented Espino.

Paul Weiss started working on the case that month, shortly after the suit's discovery period began. The attorneys said they were particularly struck by Espino's personal story, as well as his goal to make a lasting impact for other NYCHA residents.

A compressed discovery timeline and a lack of documentation from NYCHA were two major hurdles for the New York-based attorneys, who worked with four lawyers from Bronx Legal Services as co-counsel. Feldman said NYCHA initially refused to meet with or have productive discussions with Espino's attorneys.

"That entailed [an] enormous amount of work on our end and on Bronx Legal Services' end to write them numerous, detailed letters and emails explaining why their discovery responses were, in our eyes, inadequate under the law," Feldman said. "When that didn't work as we were hoping, we went to court."

In a July 2019 letter to the court, NYCHA's counsel said the agency had "produced all responsive, non-privileged documents of which they are currently aware," and denied refusing to work with Espino to schedule depositions. The letter also said it was "disingenuous" to suggest NYCHA had "been anything but transparent during the discovery process."

Once the court compelled NYCHA to produce certain documents and revise and supplement its discovery responses in July 2019, it "opened the door to us," Feldman said. And the attorneys said they pursued the case with a trial mindset.

Meanwhile, the ongoing COVID-19 pandemic presented logistical challenges, including preventing the attorneys from meeting in-person with each other, co-counsel and NYCHA during settlement negotiations, Feldman said.

Those settlement talks lasted about seven months until a decision was reached in July. And while the monetary amount awarded to Espino is confidential, the impact of the case is clear.

As part of the settlement, NYCHA agreed to modify policies and procedures, which Feldman said will help mobility-impaired tenants make more fully informed accommodation requests, as well as obtain those requests more quickly and more transparently.

The changes include giving more information to mobility-impaired tenants about their rights to transfer to fully accessible apartments or buildings, and regularly updating residents who have been approved for transfers but whose transfers have not been implemented.

NYCHA also said it would make adjustments to its waitlist system, including sending an annual letter to residents who remain in the queue in a designated borough or development, according to the settlement.

Another outcome the attorneys think will have a lasting impact on NYCHA residents is requiring the agency to provide more robust training to its employees about reasonable accommodation procedures, Feldman said.

In an emailed statement to Law360, NYCHA said it currently has more than 2,800 ramps at 300 developments, and recently invested $600,000 at four developments to make 170 units fully accessible.

"NYCHA remains committed to the health and safety of our residents and providing reasonable accommodations for those who need it," the agency said in the email. "This settlement builds upon the systems NYCHA has had in place, and we continue to improve and modernize our policies to assist our residents."

The agency said that reasonable accommodation transfers "have one of the highest priority levels" in its tenant selection and assignment plan.

Espino said he is happy with the outcome.

"My hope is that, with this settlement, other disabled NYCHA tenants will not have to experience harm like I suffered," he said.

The attorneys commended Espino for his perseverance, dedication and focus on reaching a conclusion that also helped other tenants. Billy Clareman, a Paul Weiss partner who worked on the case, said it was heartbreaking to learn about the frustration Espino had endured for years to fight for basic accommodations.

"One of the things that was so troubling to him is that just getting paid some compensation wouldn't fix the problem for everybody else," he said. "What this is really trying to do is make it so that other people do not have to experience this level of frustration and lack of accountability that he experienced for so many years."