Liyah Brown On The Push For Radical Reform In Texas

Since starting as legal director of the Texas Civil Rights Project's Criminal Injustice Reform division in March, Liyah Brown has been leading the organization's effort to combat racism in the state's criminal justice system and pursue systemic change in policing, incarceration, the money bail system and more.


Born and raised in Brooklyn, New York, Brown has been a public defender in Washington, D.C., a fellow for the International Legal Foundation in Nepal and the West Bank, and an attorney with the American Civil Liberties Union and the Southern Poverty Law Center. And she now has brought her skills and attention to Texas, work that she hopes will inspire even broader change. 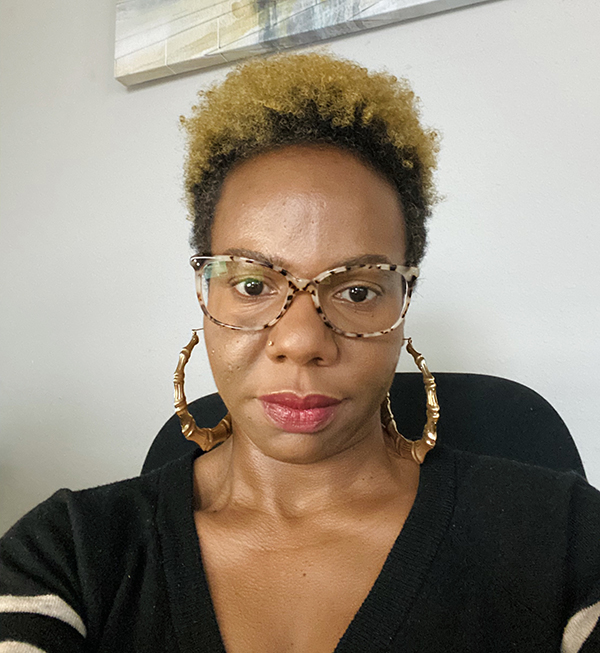 Since arriving, Brown says she has been consistently impressed with the activist community there, and she's excited about the passion that people — especially young people and people of color — are bringing to the table in pushing criminal justice reforms and advocating for bold change.

She spoke with Law360 about some of the current issues the organization is focused on, the impact that the current wave of racial justice protests might have on reform efforts, and the way in which history is central to her work.

What are some of the projects or issues that you're excited about getting to work on at TCRP?

Something that has been ongoing that I inherited but that we're definitely looking to build out is bail reform, making sure that people don't languish in jail because they don't have money.

Bail reform is just one aspect of how this system penalizes people who don't have access to money and to capital, and how it privileges people who do have money and capital. We see that clearly with bail and in the bail context, but that's also true in other areas.

We're also really excited about smoking out financial incentives. If we could rid municipalities of having to generate revenue from traffic tickets and from fines and fees and we could actually fund our counties and our cities not off the backs of low-income people, then we might be closer to an agenda that prioritizes public safety. What do we need to keep people safe? What is the behavior that we really should care about? I think that smoking out these financial entanglements would get Texas closer to a more sincere definition of crime.

How did you initially get involved in doing this kind of work?

I'm a first-generation high school graduate; I'm a first-generation college graduate; I'm a first-generation law school graduate. And all that means that I worked a lot. I've been working since I was 14. I worked full-time all four years of undergrad with kids on probation. They were going to go to juvenile detention if they didn't succeed in the program. So I just spent 40 hours a week with underprivileged children — and I think we don't call them children enough. They aren't "youth," they're children. I spent a lot of time with children aged 12 to 19 and with their families and just learning about all the ways that systems intersect.

After I graduated from law school and after a clerkship, I was a public defender in D.C. I was there for a little under 10 years. It's a great office, great work, a really good group of colleagues, a really good place to practice, but I was driven after nine and a half years to go to the civil side of things.

There are so many systems at play that intersect that I was not having any impact on in individual representation. People think that [criminal defense] victories are hard to come by; I won a good amount. I got people released from prison. I got the jury to say "not guilty." And yet, even my clients who had that rare opportunity to be acquitted or to be let out, they were returning to the same communities, to the same structural flaws, the same inequalities, the same disadvantages. ... None of my victories, none of my investigations, none of my legal skills, none of my trial advocacy was doing anything to reform systems. But I needed almost 10 years to get good at being a public defender on the ground before I was able to have that treetop view of the system and figure out how I personally could be more impactful.

Do you have a guiding principle or philosophy in how you approach your work or some of the reform issues that you work on?

It's a combination of history and being grounded in historical truth and historical fact, and [knowing] how the criminal legal system came to be. It's not a thing that evolved by happenstance. I think we're rooted in history and the truth of history, [including] slavery. I'm not going to reargue everything that's been so clearly stated in "The New Jim Crow" [by Michelle Alexander] and elsewhere, but history informs, today, the institutions: The purpose of the institutions, the design of the institutions, how the institutions operate in our life. I think history is a grounding reality. We root ourselves in truth, and we root ourselves in the lessons of history because it repeats itself. There are things that can be learned by other people's activism.

Is there an aspect of Texas history in particular that you find striking?

For me, Texas is significant because it was the last slave state. Texas just decided that they weren't going to let the slaves go. They were going to hold onto that memo about freedom, and do everything that the state could [to prevent it]. It was two years between when the Emancipation Proclamation was signed and when the people achieved freedom.

Texas was also the first state to adopt private prison, which unfortunately the rest of the nation was encouraged by. For better or worse, Texas is a mover and a shaker and a pioneer. If there's good movement here, the rest of the nation has more incentive to follow. If we are stuck in antiquated approaches to criminal law, then I think that also has an impact.

Right now, a lot of conversations that have been going on among reformers and activists, such as the argument for defunding the police, have started happening in the mainstream as well. What's your take on what this might mean?

Even though it's taken so long for this kind of conversation to enter the mainstream, it is in the mainstream. I don't think that reforms are achieved when it's just the directly impacted group trying to achieve them. Civil rights, voting rights, desegregation — I'm not a person who believes that we moved in that direction just because black people [were pushing for it]. That this is a mainstream conversation, and that there's diversity of demographics in this conversation and a diversity of perspectives, makes me encouraged. "Defund the police" doesn't sound as scary, I think, today as it might have sounded two years ago or five years ago.

I'm also encouraged that people have spent a lot of time to make this tangible. It's not just an academic treatise. It's not something that you can only access if you're highly educated or a learned scholar. There people are who have very good, achievable, practical steps that can be taken.

And so I think that's encouraging, and I think it survives a particular administration or a particular moment in time. I don't think that this passion will die down.

And all of that being said, Texas is where it's at, and I'm excited about the opportunity to bring Texas [forward].