How Some Attys Are Ditching BigLaw For Public Interest Work 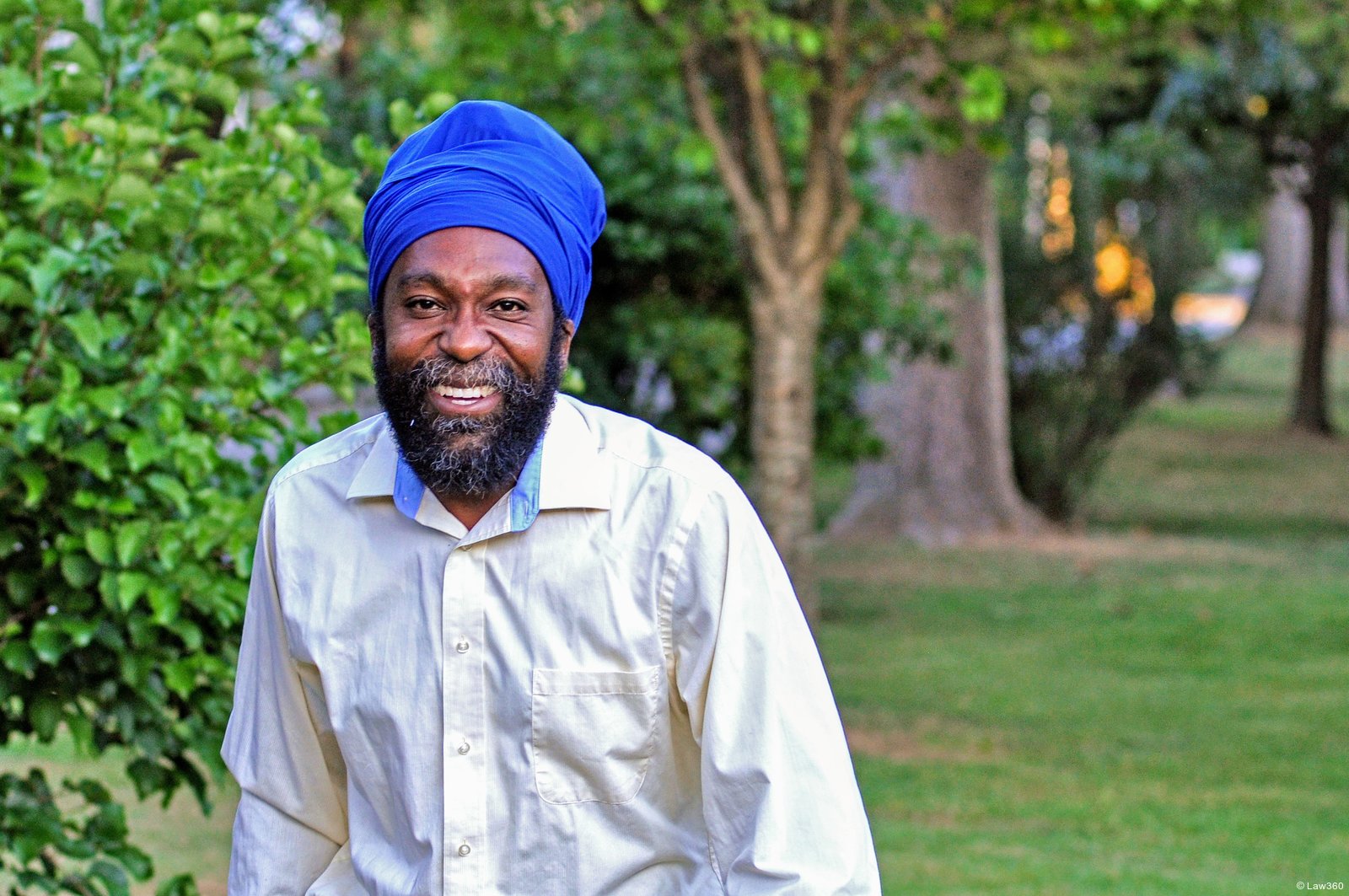 Jason Williamson, pictured outside his home in New Jersey, worried that spending a few years at Paul Weiss would tarnish his social justice credentials. He now works at the American Civil Liberties Union as deputy director of its criminal law reform project. (Kevin Penton | Law360)


BigLaw had never been on Jason Williamson's radar.


He'd gone to law school intending to become a public defender and help people from his community. Then, he learned his wife was pregnant with twins.

"That really just changed everything," he said. "It turns out it's hard to make a living on a public interest lawyer's salary."

He ended up at Paul Weiss Rifkind Wharton & Garrison LLP, where he would make good money for a few years while focusing on the firm's robust pro bono practice.

That eased his financial woes, but it raised new worries.

"My biggest concern was how I was going to reenter the public interest world after I did some time in BigLaw," he said. "I learned in law school that folks who are committed to doing public interest work can be a bit judgmental — and I include myself in that number, at least at the time."

Williamson was able to cross back over, and now, as a staff attorney at the American Civil Liberties Union, he sees the considerations that go into hiring young lawyers.

Working in BigLaw, he said, can raise questions about commitment, like, "How sure can we be that you're going to really hang in there and do this work after we invest resources in training you?"

On the other hand, he knows from personal experience that not everyone can afford to devote their entire lives to public interest law. And by writing off people who may have needed the money BigLaw offers, social justice organizations may exclude attorneys from the very low-income communities they seek to represent.

"That's why we still struggle to get our numbers to a place where we want them where diversity is concerned, because not everyone is able to absorb that kind of salary," he said.

Many people who go to law school hoping to represent underserved clients spend their first few years of practice at BigLaw firms, to pay down student debt, to cut their teeth at an elite organization or to have a job guaranteed when they graduate.

Making the jump to the public interest work that drew them to the law in the first place can be challenging — it involves taking a big pay cut, and some attorneys fear social justice organizations might look down on even a brief stint as a corporate lawyer, despite the substantial pro bono practice groups that many firms have.

But the transition happens all the time, say attorneys whose careers have taken a wending path from private practice and public interest work. And new studies suggest the transition is more common than originally thought.

There are many reasons why law students who plan to go into public interest work end up at corporate firms.

That puts students in a difficult position, according to Nikki Pope, an attorney who has transitioned between the public and private sectors many times, and until recently was managing director of the High Tech Law Institute at the Santa Clara University School of Law.

When students would come to her, concerned their debt was as big as a mortgage, she'd advise even social justice-minded students get a BigLaw job and to commit to pro bono cases.

"You can spend two years grinding away at a BigLaw firm, and doing some good work and getting some great skills," she said. "If it's not for you, then leave. In the meantime, you will have paid down some of your debt."

But research suggests debt is not the driving force behind public interest drift. One study surveyed students at the University of California, Irvine, when its law school offered tuition remission during its first three years of existence, as it awaited accreditation.

The study found that the more debt students accrued, the more likely they were to go into public interest law.

The first class, which graduated in 2012, shouldered on average about $37,000 in debt, and 33% of its students took a summer job in the public sector, compared to 52% of the fourth class, which received no tuition remission and took on $97,000 in debt.

"The debt story doesn't explain as much as people often claim," according to University of Denver law professor John Bliss.

In his own research following students through the job interview process during law school, Bliss noticed a pattern. Many students who planned to go into public interest law didn't get much exposure to it in their first year of school, because they couldn't take electives. And the early timing of on-campus BigLaw recruiting favored corporate firms.

"The common narrative I hear from students is, 'Well, I'm uninformed about the profession, but it seems risky not to take a job interview if there's one available,'" he said. "The public interest hiring process happens so much later, so that timing issue is significant, combined with the fact we don't teach them much about the legal profession or about public interest law in the first year."

Many of the students Bliss interviewed had spent their first year of law school identifying with social justice issues and setting themselves apart from so-called "gunners" and "sellouts" — students who planned to go into BigLaw. Then, they suddenly found themselves among them.

"That's a difficult thing to reconcile. They say, 'Well, I spent all of 1L saying corporate law was sort of evil.' That leads to cognitive dissonance, which might not be the best way to start your legal career," Bliss said. "This 'sellout' narrative is something I heard a lot among the students I talked to. They turn that judgment on themselves."

That's true even among the students who claim they'll transition to public interest.

"I think a lot of them are worried that it won't just be for a little bit, that the transition is going to be difficult to complete," Bliss said. "I'm telling myself this is just to pay down my loans, but realistically am I going to turn down my $300,000 fourth-year associate salary for a $60,000 salary at a nonprofit?"

But many lawyers do make that jump, according to a forthcoming study surveying 4,000 alumni of Berkeley, Santa Clara, Southwestern, Stanford, UCLA and USC law schools who graduated between 2001 and 2010.

While 20% of respondents went immediately into public interest work — getting jobs in nonprofit, government and public defender offices — 32% of respondents reported they are currently working in that field.

But the overall numbers indicate that any perceived BigLaw stigma isn't impossible to overcome.

"There is a significant outflow from private practice into public interest jobs," Cummings said. "I think one of the important takeaways from the study is that grads do that. It's not as if you are foreclosed if you do enter into a private firm."

Susan Finegan, a pro bono partner at Mintz Levin Cohn Ferris Glovsky and Popeo PC, is proof of that. She went into law school hoping to do public interest work, but took a job at Mintz to pay off her debt. During her first nine years there, she tried cases early in her tenure, and clocked hundreds of pro bono hours partnering with sexual assault and domestic violence nonprofits.

When one of those groups, the Victim Rights Law Center, called to ask if she knew of any good job candidates for their open legal director position, she threw her hat in the ring. She was hired, and worked there for four years before Mintz created the pro bono partner position for her and lured her back.

"When I was in law school, I thought it was very black and white, but actually it's pretty gray, I think, because now I have a position at my firm where I'm a pro bono partner, and so I'm able to do the public interest work, but in the context of a big firm and with the resources of a big firm," she said.

Her BigLaw experience did raise some eyebrows when she applied for the nonprofit job. Some at the organization and on its board wondered if she was really willing to take the 80% pay cut.

"There were definitely a couple interviews where I remember feeling they were skeptical," she said. "I think the way to get around that is showing your commitment throughout the years to doing the work."

There are many ways to demonstrate that commitment, says Catherine Pattanayak, Harvard Law School's assistant dean for public service.

Pattanayak herself moved from Ropes & Gray LLP to the U.S. Department of Health and Human Services, and said while she didn't face any stigma for her corporate career, she had to build a case for herself.

"I knew when I began applying for public interest jobs that I would need to explain why I was interested in making a transition, and back up that explanation with evidence through my pro bono work and law school experiences," she said. "Government employers tend to be particularly open to prior law firm experience."

Some nonprofits might look less favorably on that experience, she said, but "the vast majority of public interest employers will consider applicants holistically," and want to hear about the story behind an applicant's resume, including financial circumstances.

What Firms Can Do

BigLaw firms don't expect everyone they hire to stick around — not everyone can make partner. And they benefit from the work young attorneys put in. 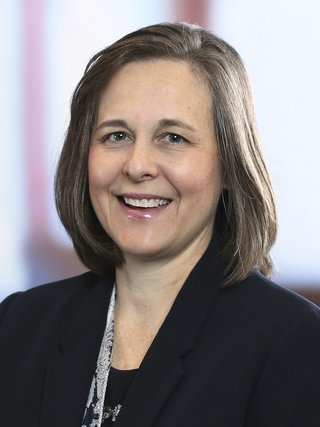 Firms can set up those attorneys for success, whether they stay in BigLaw or jump to public interest work, by offering meaningful experience interviewing witnesses, taking depositions and drafting briefs, Pope said.

"Law firms can make sure that junior associates have valuable litigation skills that are transferable to a public interest job they might take," she said.

Pro bono work is not only aligned with the interests of service-minded lawyers, it also can help them acquire valuable litigation skills, according to Rachel Strong of Morgan Lewis & Bockius LLP.

"Associates get to take a greater lead on pro bono cases," she said. "It's not just case management, but they also get opportunities to take depositions, to have tons of client contact, to potentially be the lead in a hearing or trial — experience they might not otherwise get working on multibillion-dollar litigation on the commercial side of the house."

That work is important not only because of the experience young attorneys garner, but also because of the connections they make, according to Cummings.

"Pro bono creates networks for associates to exit into the jobs that they want," he said. "So I think firms ought to think about pro bono through that lens and permit associates to have more autonomy and control with respect to interacting with the public interest organizations."