Marvin "Shaka" Walker has spent decades behind bars after he was convicted of fatally shooting a boy during a 1979 liquor store robbery in California. Through the work of Farella Braun & Martel LLP, he now has the opportunity either for a new trial or to walk free.


Farella Braun zeroed in how prosecutors struck all three potential Black jurors in the 1980 trial for Walker — who is Black — and successfully argued that the reasons were based on racial discrimination. The Ninth Circuit agreed in July as it called for a new trial in the case. 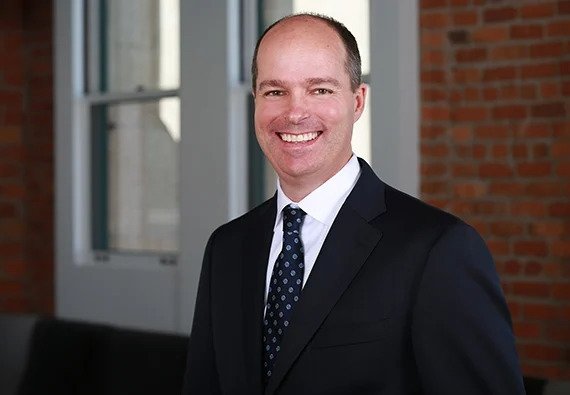 Thomas Mayhew of Farella Braun has spent 16 years working pro bono on the case of Marvin "Shaka" Walker, who was convicted of murder in 1980 and sentenced to death.


Attorney Thomas Mayhew has worked on Walker's case for 16 years. A trial lawyer in business disputes and class actions, Mayhew said that regardless of whether he is working on a pro bono matter or for a paying client, he considers it his job to digest a complex set of facts and legal concepts and reduce it to the important parts, so that judges and juries can make the right decision.

"It's such an honor to have been able to work on a case that is just some of the most challenging and intellectually demanding work that I've ever done," Mayhew said. "I'm grateful that we've reached this point in the case."

Walker was 19 when prosecutors contend that he fatally shot a 15-year-old boy and wounded two others during a 1979 robbery of a liquor store in San Jose, California. Walker, 60, was sentenced to death in 1980, sitting on California's death row for decades as the twists and turns of his case evolved.

Farella Braun took the death penalty off the table in 2018, after a California federal judge determined that Walker had received inadequate legal counsel during the penalty phase of his trial.

Of the approximately 155 individuals considered to serve on the jury, only three, or 1.9%, were Black, according to court documents. The U.S. Census estimated that Blacks composed approximately 3.3% of the population of Santa Clara County in 1980.

A split three-judge Ninth Circuit panel determined in July that the reasons prosecutors cited for striking Blacks from the jury for the 1980 trial could have also applied to whites that did end up on the jury, according to the opinion.

The Ninth Circuit focused on the views expressed by the potential jurors on the death penalty, noting that while some potential Black jurors spoke negatively about it, there were whites who ultimately were added to the jury that arguably spoke even more negatively about the practice, according to the majority opinion by U.S. Circuit Judges Susan P. Graber and Ronald Lee Gilman.

"A review of the record demonstrates not only that the prosecutor mischaracterized their views, but also that nonblack jurors with similar or even stronger views against the death penalty were nonetheless permitted to serve," the majority opinion reads.

The appellate court also highlighted the questions that prosecutors asked potential jurors about their prior interactions with police and about criminal incidents in their past, finding that the questions seemed designed to "paint [a potential Black juror] in a bad light" and "allow [a potential white juror] to serve on the jury, according to the majority opinion.

"The prosecutor mischaracterized the views of all three Black potential jurors, adopted disparate lines of questioning for Black and nonblack jurors, and cited reasons for striking the Black jurors that applied equally to nonblack jurors who were left on the jury," the majority opinion reads.

U.S. Circuit Judge J. Clifford Wallace dissented, holding that Walker failed to establish that when the California Supreme Court in 1988 reviewed prosecutors' striking of potential jurors in the case, it was "objectively unreasonable" in determining that the peremptory challenges were not tied to race.

"We must provide the 'benefit of the doubt' that the California Supreme Court did as it says it did, particularly here, when the trial court critically assessed the legitimacy of the reasons proffered by the prosecutor," Judge Wallace wrote.

Judge Wallace agreed with California's assertion in the case that Walker needed to establish that the California Supreme Court's review of the juror matter was not simply wrong, but "objectively unreasonable."

"In order for a state prisoner to gain federal habeas relief, the state court's application of clearly established federal law must not be merely erroneous, incorrect, or even 'clear error,' but 'objectively unreasonable,'" California wrote in a September 2019 brief to the court. The state argued that Walker had failed to meet that standard.

With the state opting in August not to pursue an en banc ruling by the full Ninth Circuit, it is now up to prosecutors in Santa Clara County to decide if they will proceed with a new trial. Should they opt not to do so before the 120-day deadline set by the Northern District of California in late August, Walker would walk free.

Santa Clara County prosecutors could not be reached for comment on Thursday.

Mayhew said that the Ninth Circuit's ruling has renewed Walker's hope that he will be able to obtain justice.

"He understood that the only way he could survive this was to be calm and patient and not give up hope," Mayhew said.