Attys Gear Up To Serve On Election Day's Front Lines 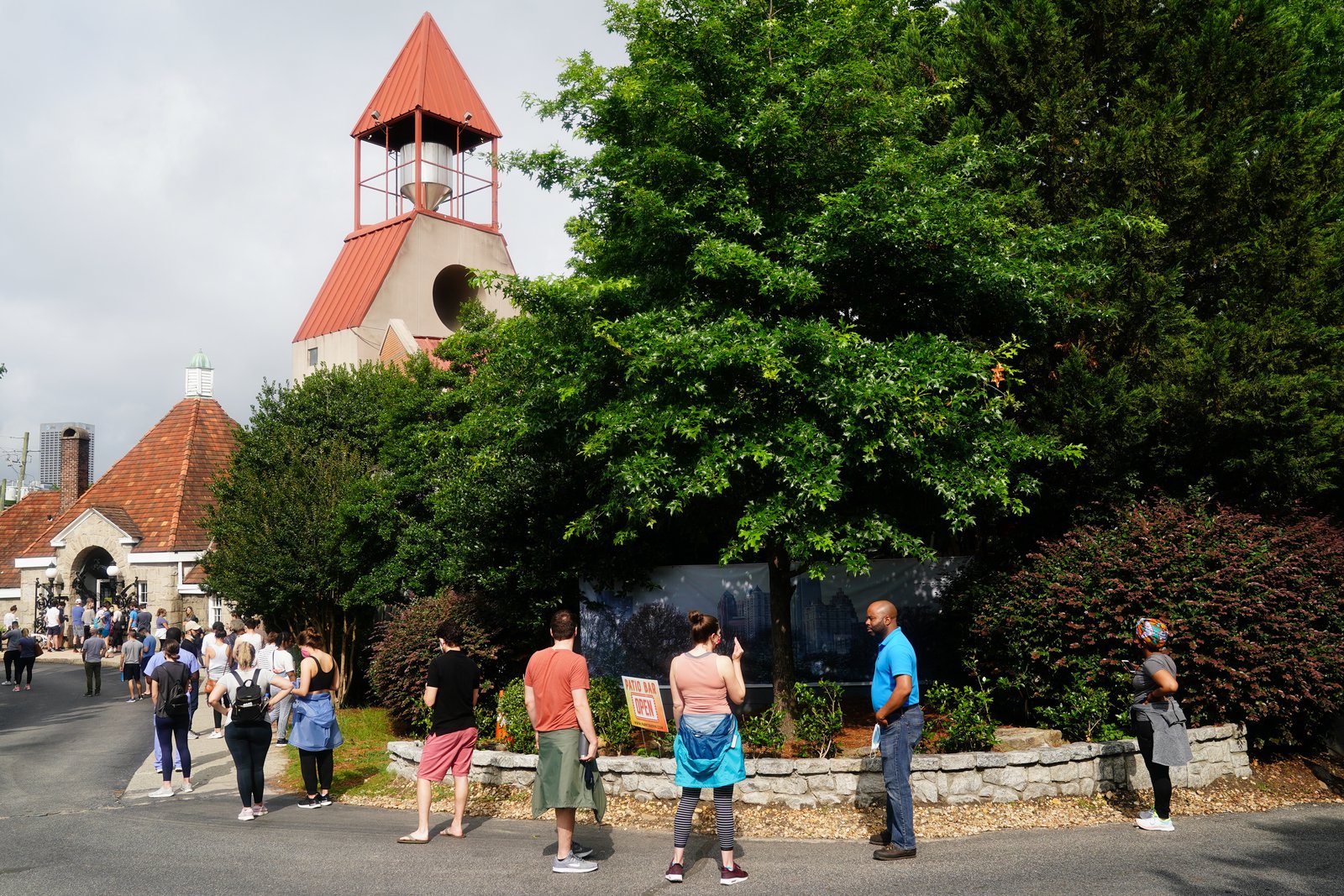 
Would-be Georgia voters waited for hours the morning of June 9, standing six feet apart in lines that wended down several city blocks. Some people who'd hoped to vote reportedly left without casting a ballot, worrying they'd be late for work.

Officials believed many voters would use mail-in ballots due to the COVID-19 pandemic, and so there were fewer polling stations than in past years, and they were understaffed. Many polls didn't open on time. They were also equipped with new, complicated machinery that in some cases malfunctioned.

Attorneys came to the rescue that day. The Lawyers' Committee for Civil Rights Under Law had seen a flurry of calls coming into its election protection hotline. Complaint tickets were referred to a team of litigation volunteers based in Georgia.

Bubba Samuels was on that team and helped draft demand letters to several counties, asking them to keep their polls open later than scheduled. Most complied. But officials in Gwinnett County wouldn't admit there was a problem, Samuels said. So with the NAACP as his client, Samuels filed a complaint in state court around 5 p.m.

In an emergency virtual hearing before the duty judge, Samuels patched through a hotline attorney who'd talked to Gwinnett residents complaining they'd been unable to vote. The judge's order, signed at 6:51 p.m., came in just nine minutes before the polls were set to close.

"It's a crazy thing to have a hearing on Election Day. These things ultimately are never able to be filed until the court is closed and so we have to work after hours," Samuels said. "We had a little bit of evidence, though it wasn't an evidentiary hearing. The judge ruled on the spot. We definitely did not get everything I asked for, but the polls remained open an extra half hour."

The chaos in Georgia is a sign of what's to come, according to Kristen Clarke, executive director of Lawyers' Committee for Civil Rights Under Law.

We've seen it all during primary season. That experience for us underscores the need for states to do more to be prepared for historic levels of turnout this fall. 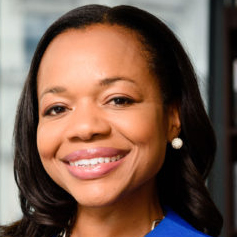 "We've seen it all during primary season," she said. "That experience for us underscores the need for states to do more to be prepared for historic levels of turnout this fall."

For years, attorneys have volunteered in election protection efforts, working as poll watchers on the lookout for voter intimidation, or fielding Election Day hotline questions at call centers in BigLaw offices across the country.

But the pandemic has thrown off the normal rhythm of elections. Some counties, anticipating their citizens will vote by mail to avoid exposure to the coronavirus, will have fewer polling places this November. But with President Donald Trump casting unsubstantiated aspersions on mail-in ballots, many may opt to vote in person after all.

To top that all off, experts worry about voter intimidation. The same groups of armed self-styled "militias" that have been showing up all summer to racial justice protests could turn up at the polls. That is especially concerning given recent incidents of violence. One man opened fire on Black Lives Matter protesters in Kenosha, Wisconsin, and six men were arrested earlier this month for plotting to kidnap Michigan Gov. Gretchen Whitmer. Experts worry about armed extremists showing up at the polls and intimidating voters.

All that makes for a far more treacherous legal landscape this November.

"We've done election protection for more than a decade," said Steve Schulman, who heads Akin Gump Strauss Hauer & Feld LLP's pro bono practice. "But I would say this year is on steroids."

Akin Gump attorney Jaelyn Edwards Judelson has been working closely with the Institute for Constitutional Advocacy and Protection at Georgetown, researching state gun laws and local election codes. She has written fact sheets that can guide local officials, poll workers and voters in what is and isn't allowed.


Judelson and ICAP are also monitoring extremist groups, especially in Wisconsin, Ohio and North Carolina, for signs of plans to intimidate voters, and they're advising municipalities on how they can respond. Judelson says since the end of September, there's been cause for concern.

"There's been a real uptick in activities that we're seeing by those private militias and encouragement of activities that would serve to intimidate voters," she said. "We've been working with ICAP to review those data points for certain states, and then to flag and follow up, to manage additional action that might be required."

In Atlanta, Rose is concerned about armed voter intimidation at the polls, particularly after President Donald Trump declined to disavow groups like the Proud Boys during the first presidential debate. Rose said that would be nothing new in Georgia, where there's a long history of voter intimidation.

"It's an old tool. The Klu Klux Klan did it for generations," he said.

Such tactics are unlawful, even in open carry states that allow gun owners to brandish their firearms, according to Georgetown law professor Mary McCord, ICAP's legal director.

The U.S. Supreme Court has found that states can control paramilitary groups — first in its 1886 Presser v. Illinois

decision and again in the 2008 District of Columbia v. Heller

"That phrase, dating back even before the founding of the country, meant 'well regulated by the state,'" she said. "There's no authority under federal or state law for armed groups of individuals to self-activate as a militia."

Attorneys at those firms will be "ready to litigate as might be necessary should armed groups appear at the polls purporting to be protecting against fraud or otherwise engaging in intimidation," McCord said.

For 20 years, voters with questions or concerns have been able to call the Lawyers' Committee's election protection hotline, which is in service all year. Usually, the phones are manned by a staff of about 10 attorneys, and then ramped up just before Election Day, when BigLaw firms host call centers, equipping a conference room with landlines. A "captain" who can field more difficult questions sits at the front of the room, assisting volunteers.


But the pandemic has made this setup impossible. Public health guidelines discourage people from crowding into a room for hours, and many firm offices remain closed. So the Lawyers' Committee set up software that allows volunteers to gather in a virtual "room," message a captain, and take calls as long as they are logged in.

Five virtual call centers have been online for several weeks, according to Harlene Katzman, director of Simpson Thacher & Bartlett LLP's pro bono practice. By early October, the hotline was getting about 1,000 calls a day. Two weeks later, the volume had increased to about 3,000 calls daily.

"The election protection program in general is substantially bigger in 2020 than it has been in any other year," said Katzman, who's worked in Simpson Thatcher's election protection call centers since the 2008 election. "That's because the call volume started increasing exponentially right around the time that Covid hit the United States, and has steadily grown."

Fortunately, the technology born of necessity in the pandemic has enabled more people to volunteer, regardless of their location.

In years past, Simpson Thatcher hosted one call center in its New York offices. Interested attorneys in its Los Angeles and Washington, D.C., offices could volunteer at other firms' centers, but many of its lawyers couldn't get involved.

"The nice thing about the program being virtual this year is that we have lawyers participating who are sitting all over the country," Katzman said. "That has never been a possible for us before, because it had to be in a physical space."

In-person volunteering is still a possibility, too. Many firms are encouraging their attorneys to volunteer to be poll workers, especially since the demographic that typically fills those roles — senior citizens — are particularly susceptible to the coronavirus.


And some firms are giving their attorneys credit to watch the polls as legal observers, too.

"Poll monitoring to us is utilizing the same types of skills that being a volunteer on a hotline is utilizing," Katzman said. "To us, it all qualifies for pro bono credit."

Gerry Hebert, director of the Voting Rights Institute within the non-profit Campaign Legal Center, holds a few training sessions each year to teach law students, lawyers and expert witnesses how to spot problems on the ground and bring litigation.

Think about all the lawyer time that is being poured into what is supposed to be a fundamental right. ... I wish elections could be done without any lawyers at all. 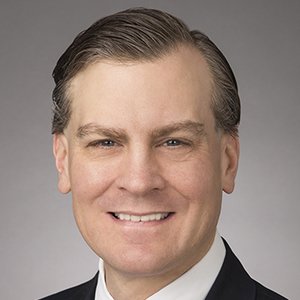 "The most important thing I say in my trainings is, take good notes," he said. "I tell them that there are dos and don'ts. In some states if you're a poll watcher, you cannot talk to a voter. Some states may have an issue with you filming on your phone something that's happening in the polling place. You want to know what those rules are. You don't want to go ahead and start filming and then be kicked out."

Perhaps the most important thing, he said, is to deal with issues quickly when they come up. He advises volunteers try to work with local officials first. If that doesn't work, there's a tight deadline for addressing issues in court. Attorneys will need to get before a judge as soon as possible.

"You can't wait until the election's over and say, 'Oh, by the way, all the machines broke down at one o'clock and so the poll closed early,'" he said. "We want that reported to us in a timely way, so we can fix the problem quickly so more people can vote."

While anyone can volunteer as a poll observer or poll worker, Hebert said it's helpful to have those roles filled by an attorney "who is used to reading the law and maybe has looked at the election code beforehand."

Rose, too, said he thought it would be good to have attorneys as poll observers and election integrity volunteers, because officials tend to defer to trained lawyers.

"Just announcing the number of lawyers may intimidate poll workers who otherwise might not be willing to cooperate or provide the assistance that we think is required. So that helps a lot," he said, adding, "I'm an accountant, so I won't have much weight."

For Schulman, the work is bittersweet. He's proud of Akin Gump's participation in election integrity projects, he said, but when he talks to his colleagues overseas about the work, he said they're aghast that it's necessary.

"You take a step back and think about all the lawyer time that is being poured into what is supposed to be a fundamental right," he said. "I've got to say I wish elections could be done without any lawyers at all."