The coronavirus pandemic upended the disability claims process for veterans, causing numerous offices to shut down in the spring and vital compensation and pension exams to be postponed. It also coincided with a drastic uptick in appeals decisions from the Department of Veterans Affairs, said veterans legal representative Amanda Mineer, making for an especially busy year. 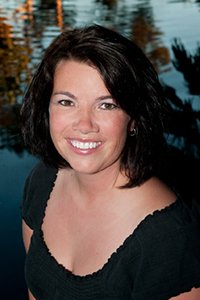 As a supervising attorney with Veterans Law Group, Mineer offers support to people appealing VA disability claims decisions. She said that parts of the appeals process slowed due to COVID-19, causing considerable delays that are still being felt by some, even as offices in certain regions begin to open.

Mineer got into this work after witnessing how a friend with post-traumatic stress disorder struggled to be granted VA disability benefits. Early on, she said, her motive was to help people she knew and cared about. But over time, she began to notice systemic issues associated with the process, including a rush to hand down decisions and a lack of interest in the people seeking claims, she said.

"When you then take this on as a full-time job, what my eyes got open to is that this is a vast problem," Mineer said.

Mineer spoke with Law360 about the work of Veterans Law Group, how the pandemic has affected the VA disability claims and appeals process and what remains the greatest barrier for veterans getting the support they seek following their service.

How did you get into this type of work?

Living in Southern California, we're surrounded by the military and people who get out of the military. I had some friends who were going through the process of getting their disability claim completed through the VA, one in particular who struggled quite a bit with PTSD and was struggling with holding down a job.

Watching him go through that process and trying to help him, I ended up being frustrated with the system. He didn't really know where to go for help. There's Veterans Service Organizations that do help, and there's a small amount of attorneys who are doing VA appeals. But still, in the San Diego area, there's not many doing that. I kind of fell into it, and ended up reaching out to Veterans Law Group. They needed help, and I was around and interested in what was going on in the veterans community.

From your experience, how can attorneys improve veterans' access to justice?

We're working in the arena where the VA has already issued a decision to a veteran and that decision, in our opinion, is inaccurate. What we're able to do is step in and review a decision and determine whether they were granted what they were supposed to be granted. Our advocacy comes in to make sure the veteran is getting everything they're entitled to and, if they're not, what's the missing piece of the puzzle.

I always say my job as an advocate in this arena is to make sure all the ducks are in a row, that it makes it easy for the VA to say, yes, you're right. Whether that's providing medical examination, providing proper testimony about what happened to them in service, it depends on the case.

Has the pandemic caused a significant backlog in the claims and appeals process for people who need physical exams?

The majority of exams are being conducted by outside contractors [now], so you don't need to go to the VA to get an exam. But it completely depends on where the veteran is. We work with veterans across the country. In Florida, we've got quite a few clients waiting to be seen. I understand they are doing exams, but it's just that our clients haven't been called yet. That, to me, says there's a backlog. They're starting to move in getting exams done, but our clients haven't got the call yet.

What are the biggest barriers veterans are facing in the claims and appeals process?

I would say a lot of it is just dealing with the bureaucracy of the VA. One of the things I always tell veterans is don't do this alone. Don't do this without a representative. We know what ducks need to be in a row to get you what you need. But from a legal standpoint, in 2019, the entire appeals process changed, but the old system still exists for cases pending prior to that. So you've got two parallel processes going on. So it's made it more complicated.

Is a significant portion of your job advertising that? Do veterans generally not know they have resources when seeking disability?

Absolutely. Many veterans just don't know that help is out there. Some of it is education, and the other part is I think way too often the veteran gets a decision from the VA and just accepts that's what they gave you. A lot of people just accept that it's a given without having anyone one with expertise reviewing it to make sure that they were given what they're entitled to.

Over the years, how have your opinions changed, if at all, about the disability claims process for veterans and the support being offered to troops when they return home?

Early on, it was just trying to help people that I knew and cared about. When you then take this on as a full-time job, what my eyes got open to is that this is a vast problem. This is a national issue. Because I work in appeals, I know that I only see cases when a veteran is not happy with their decision. I do have to adjust my perspective on that.

But I do feel like, working with the VA, they almost make things too complicated for their own good. Since the new appeals process started, the VA is under a lot of pressure for statistics, to turn cases around in a certain period of time. I then see how they pad those numbers. I try to stay positive as much as I can knowing that we can win these cases. But then you also can see more and more of what the VA does from a bureaucratic standpoint that just makes me livid.

What is your outlook on how the veterans disability claims and appeals process will be carried out in the year ahead, as the pandemic persists?

Assuming that things continue to open up and they continue to do exams, that's a key factor to getting a case moving. So when those weren't happening, that slows things down. However, from a statistics standpoint, the VA put a lot of pressure on trying to close the old appeals this year. So they were issuing a lot of decisions that weren't waiting on an exam or waiting on a hearing. But in a lot of cases, they were just denials, so we got inundated with a lot of decisions, and I anticipate that to continue because the VA is trying to close out cases from the old appeals process. Unless they issue them with the correct decision, then we're just going to turn around and appeal to them again, and so they're not getting closed out.