George Gascón's swearing in on Monday marks a milestone for a new class of progressive prosecutors offering an alternative to the traditional "law and order" credo: They now control the district attorney's office for the most populous county in the country.

In November, Gascón defeated incumbent Jackie Lacey, who was seeking a third term. Gascón billed himself as a reformer, vowing to prosecute police misconduct, not to pursue the death penalty, and to reduce mass incarceration. 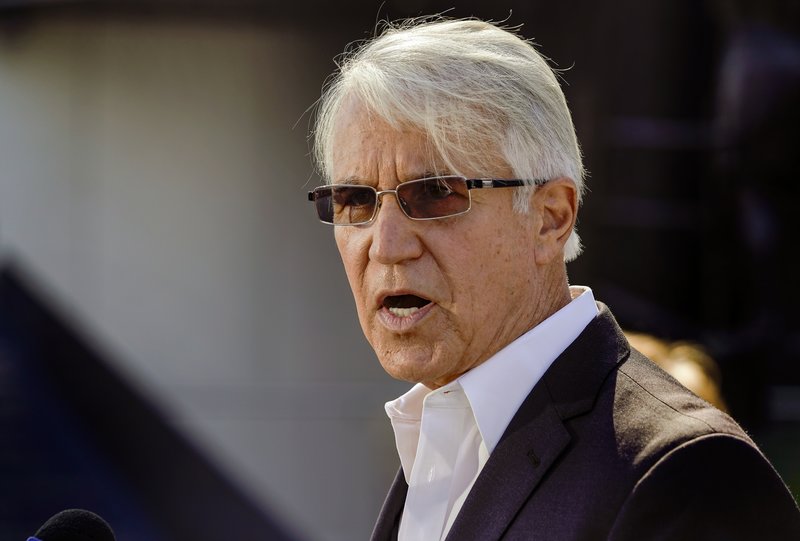 When George Gascón is sworn in as Los Angeles' district attorney Monday, he plans to bring a new, reformist approach to the office. "The definition of community safety in the 21st century should be very different than it was in 1980," he told Law360. (AP Photo/Damian Dovarganes)

He had the credentials to prove it. During his eight-year tenure as San Francisco's district attorney, he stopped prosecuting minor crimes, cleared past marijuana misdemeanor convictions, and helped create a special court for young adults. He also authored Proposition 47, a California ballot initiative that downgraded some nonviolent drug offenses from felonies to misdemeanors.

Gascón's road to progressive politics was long, and followed a decadeslong career in law enforcement. After a stint in the Army, he worked his way up the ranks of the Los Angeles Police Department, then became the chief of police in Mesa, Arizona, before serving as San Francisco's police chief.

In 2011, then-San Francisco Mayor Gavin Newsom appointed Gascón as the city's district attorney, a seat vacated when Kamala Harris was elected California's attorney general. His work in that office began what Gascón called his "evolution" in thinking about criminal justice reform.

Here, Gascón discusses those shifting attitudes and how he plans to tackle his new role.

What did you learn during your time as a district attorney in San Francisco, and how will it inform your approach to the job in LA? Is there anything you'll do differently this time around?

I could go on for days about all the things I learned in San Francisco, but I increasingly became more convinced that lengthy periods of incarceration do not necessarily as a rule enhance any safety. For instance, the use of gang enhancements, the use of three strikes — these are things that I believe have little if any utility when it comes to community safety, but what they do is create a tremendous amount of disruption in our communities.

This was part of my own evolution in San Francisco that I'm bringing to the work. Things like prosecuting children as adults — now I'm completely against it, but there was a time in my life when I felt that if you're committing an adult crime, you're paying an adult price. Then I started to understand the science around brain development, and how we reach brain maturity, and I came to the conclusion there is no such thing as an adult crime.

[Another example] is one that I look back on and consider somewhat of a failure for me in San Francisco. I was able to reduce incarceration almost immediately. We basically started to not prosecute a lot of low-level drug offenses, and we reduced the population of our county jail, and yet I was never able to get the Board of Supervisors to take some of the funding away from the custody side of the Sheriff's Department and reallocate those funds to creating more mental health beds and other services we were very, very sorely needing.

I tried with a state senator, Mark Leno, to get legislation in Sacramento to do what Prop. 47 did. Never could get it off. The police unions and the DA association fought it. And we decided we'll go to the voters. Sometimes the voters and elected officials are not in the same place. And at the end of the day, I work for the voters, not for elected officials. So understanding when to go directly to the public is something that I've learned a little more. You don't want to overuse that tool, but understand when it's better to go straight to that.

Are there programs that you implemented in San Francisco that you'd like to introduce in Los Angeles?

If you look at the Office of Diversion and Reentry in LA County: On one hand, they're not as mature as the San Francisco Pretrial Diversion Project; but on the other hand, they're bringing tools to the table. And now we have the office of the alternative to incarceration, a brand-new structure which is now going into the implementation phase.

There were things I was doing in San Francisco that I'd like to bring, like the Make It Right program, which is a full restorative justice model for juveniles. But we have to look at creating capacity for that. So what I'm doing first is ensuring we take all the juveniles away from adult court, bring them back into juvenile, and then once we have that result, the next step will be how do we take them out of juvenile court and put them into a restorative justice model. So it will be kind of a two-step process.

What sort of a relationship will your office have with law enforcement? I know you're a former police chief, but that you've also criticized Jackie Lacey for not policing the police. And police unions spent heavily against your campaign.

Exactly. Typically, prosecutors and police work closely together. Will your office reenvision that relationship?

No. Look, we will work together, just like I did in San Francisco. I had a wonderful relationship with the chief of police in San Francisco and other law enforcement partners.

Working well together doesn't necessarily mean that I give up the role of a district attorney as a gatekeeper. I don't work for the police. In fact, I don't work for prosecutors. I work for the public. And the role of a district attorney is multifaceted — certainly dealing with the police in addressing safety, but it's also that of a gatekeeper to ensure public corruption is dealt with. And I know people generally separate it, like there's some magic line between the public official taking the graft and the police officer beating somebody when they shouldn't. But you really think of the essence of it, it's the same thing: People violating the trust of their oath.

That is a central part of the work, and to the extent that that will bring conflict, you can't walk away from that. Frankly, what is often not said by the police unions is that when you have a situation where the public loses trust in their law enforcement, the people who pay the highest price are the women and men in uniform on the street when the community will not cooperate with them or when their work becomes more dangerous than it should be, just simply because there is a lack of trust.

I think there is such a thing as a progressive prosecutor, and certainly I believe I am a part of that movement. Mass incarceration in this country was driven by elected district attorneys, especially those in the major urban centers. Where the rubber meets the road, I think elected DAs play a tremendous role and have a tremendous impact on the system. And those that are subscribing to certain basic concepts, like reducing incarceration, ending the death penalty, not prosecuting children as adults, I believe them to be very progressive.

In fact, I believe it's the Harvard [Law & Policy Review] that came up with a checklist of what would make a progressive prosecutor. So I do believe that that is a legitimate title for some people.

Now I also recognize that there are many people jumping on the bandwagon and calling themselves progressive, but if you look at their policies, they're anything but progressive, so that's why I really like that matrix Harvard put together. You can ask, "Are you doing this thing?" If not, you're probably less than what you're calling yourself.

These are historical times in our nation. Let's face it, the fact that I got elected in the largest county in the country, with the platform I got elected on, really shows a shift in how the public is viewing this work. And I think it's really important for people in law enforcement to understand that the world's moving, and they're either going to be part of the movement and the shift or going to get run over. And I think for other people we need to continue to work together, because the definition of community safety in the 21st century should be very different than it was in 1980.