Joe Biden's election as president has sparked hope among criminal justice advocates and organizations that his administration will overhaul the U.S. criminal justice system and implement reforms they have been seeking for years.

Biden's campaign website promises that the Democratic president-elect will "strengthen America's commitment to justice and reform our criminal justice system," and includes dozens of proposed changes to be made under his administration. But whether he will achieve all of these promises is unclear.

Advocates told Law360 that Biden's biggest challenge will be fighting political opposition and uniting Congress. However, they believe having a president who prioritizes criminal justice reform could sway lawmakers to pass legislation that has been collecting dust on their desks.

"Even though there's bipartisan consensus around the need for criminal justice reform, what that means in practice, what the fine print is, is where all the challenge is, and there isn't necessarily consensus right now," said Kara Gotsch, director of strategic initiatives for The Sentencing Project, a nonprofit research organization seeking to reduce incarceration rates.

Here are the top five criminal justice reforms that advocates told Law360 they want under Biden's administration and what the president-elect has promised he will do:

1. Address COVID-19 in Prisons and Jails

Advocates said a top priority should be curbing COVID-19 outbreaks in prisons and jails, which they want addressed within the first 100 days of Biden's administration.

The administration can help stop the spread of the coronavirus by reducing incarcerated populations to allow for social distancing, which some jails and prisons have already started to do, advocates said. Current overcrowding in prisons and jails prevents inmates from practicing the necessary distancing, they said.

To help address this, Biden can use his clemency power to reduce prisoners' sentences so that they can be immediately released, said Kevin Ring, president of Families Against Mandatory Minimums, a nonprofit that is seeking to end mandatory sentencing for convicted individuals.

Ring said the U.S. Department of Justice under Biden's administration can identify low-risk prisoners who can be released to home confinement in a process called compassionate release. Under President Donald Trump, the DOJ hasn't granted any prisoners' compassionate release requests, leaving it up to federal judges to do so, Ring said.

FAMM has gotten 2,000 prisoners out on compassionate release, but in a better system, the Federal Bureau of Prisons would identify inmates who could be released and the Justice Department would ask courts for those releases, Ring said.

"It shouldn't be up to the prisoners and their families to fight the Justice Department to get out," he said. 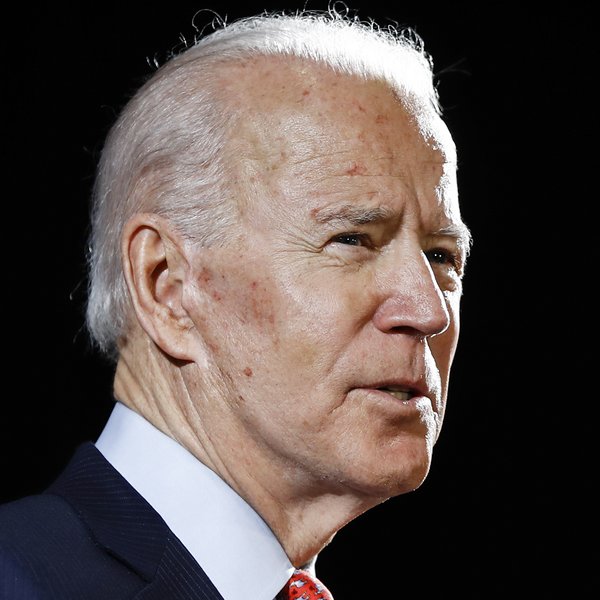 Use clemency authority to release incarcerated people who are serving long sentences for certain nonviolent and drug crimes.

In the long run, the Biden administration can reduce prison populations by pushing for federal legislation that ends mandatory minimum and life sentences, advocates said.

Biden can also incentivize states to end these practices by tying the reforms to federal funding, they said.

One of the ways Biden can end life sentences, Gotsch said, is by making provisions to the 2018 First Step Act, which reduced life sentences for repeat offenders to 25 years, retroactive. Under a former so-called Three Strikes Law, individuals convicted of three offenses, one of which was a serious violent felony, would automatically receive a life sentence.

"That's an easy no-brainer in my mind, and something that can be done very quickly if he's serious about reducing the prison population and wants to hold true to what it means to end mandatory minimums," Gotsch said.

End federal mandatory minimum sentences and allocate $20 billion to states in federal funding to do the same, as well as enact other reforms.

3. Expand Decriminalization of Drug Use

The House passed a bill in December that would decriminalize marijuana and erase marijuana-related drug convictions, which criminal justice reform advocates have praised as a positive step. But advocates said lawmakers need to go further with their drug reforms.

John Raphling, a senior researcher of criminal justice in the U.S. for Human Rights Watch, an international organization that monitors human rights abuses, told Law360 that he would like the Biden administration to decriminalize all narcotics.

The government should "address the problem of drug abuse, where it's a problem, in a different way than locking people up and policing them," Raphling said.

In addition, Ring said Biden should back legislation that completely eliminates the disparity between sentences related to the possession of crack and powder cocaine. That disparity was somewhat reduced during President Barack Obama's administration, when Congress passed the Fair Sentencing Act in 2010.

"Most people think that there's not a significant enough pharmacological difference between crack and powder cocaine to justify the disparity in sentences, and so I think it'd be a really smart and doable reform to propose eliminating that altogether," Ring said.

Ring said Biden should also use his clemency authority to reduce lengthy sentences for drug possession, which the Obama administration did for drug-related crimes.

Another reform that criminal justice advocates said they would like to see under the Biden administration is more policing oversight and accountability.

Advocates said they want qualified immunity to be ended so that police are not shielded from liability in courts for wrongdoing, such as excessive use of force.

"It's hard to hold somebody accountable that you can't really prosecute in court," said Delvin Davis, a policy analyst for the Southern Poverty Law Center, a nonprofit legal advocacy organization that focuses on civil rights litigation.

"So a movement away from this kind of police as the one-stop solution to every societal problem and move towards let's actually address those societal problems at their root," Raphling said.

Allocate more funding to police departments for hiring and training and connect police with community service providers to help the homeless and mentally ill.

Instead of putting more money into expanding police departments and prison construction, the federal government should allocate funding to state and local governments for the creation of community services and treatment programs, Rahman said.

"If what we want is overall community safety and well-being, those are the first investments we need to make for a longer-term investment in our collective public safety," she said.