As founding director of the Center for Justice Research at Texas Southern University, Dr. Howard Henderson leads the organization's research efforts, examining everything from the role of Black public defenders to racial disparities in pretrial diversion programs to the intersection of race, COVID-19 and the criminal justice system. 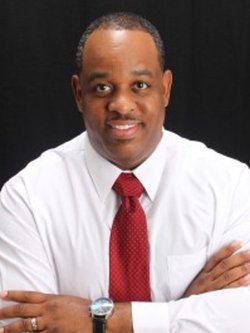 Dr. Howard Henderson is the founding director of the Center for Justice Research at Texas Southern University.

The center, which is based in Houston, was founded in 2018 to produce research into the criminal justice system in order to support data-driven reform. It focuses on addressing issues related to mass incarceration and places a particular emphasis on community engagement in its research.

Henderson spoke with Law360 about the vision behind the center, the importance of culturally responsive research, and the disparities in the criminal justice system.

What initially drew you to criminal justice reform work?

I grew up as a child of the War on Drugs. Watching people my age being scooped up by the juvenile justice system, and me personally knowing them, made me really wonder if the system was going in the right direction at a very early age. I knew at that point that there had to be another way to deal with this. When I got to college, I became very interested in understanding our criminal justice system and how it operated, how it made decisions, how it determined who it was going to focus on and what it was able to do to help people stay out of it, if anything at all. So that was my foundation and what got me going in this direction.

I then studied criminal justice in college. I was sensitive to how people who were in charge of the system managed it, how they determined what the focus of the system should be — but also how they were able to figure out what their goals were. I was always more focused on the systems than the individuals, because I understood that the system operated as a collective.

What was your inspiration for the Center for Justice Research?

I had envisioned starting a research center several years ago because I recognized that there needed to be a voice from Black people in this national conversation about criminal justice reform. I felt like you could not do that without Black researchers having conversations about what methods should be used, what approaches are most relevant, how you identify the community members or stakeholders who need to be at the table. We developed the concept and, as fate would have it, we found funders who were interested in that idea.

The center stresses that it uses a "culturally responsive" approach to its research. What does that mean for you and why do you see it as important to the work?

For instance, I wouldn't attempt to go study women without having a woman to explain to me what it's like to actually be a woman, because by my very nature of being a man, I'm going to be off in my interpretation. Just the same, I wouldn't expect research to be conducted in any community without members of that community adequately able to provide an understanding of what the researcher assumes they're seeing.

What that essentially means is that we spend a lot of time with people in the community before we even begin the research process. We spend time talking to community members, partners, decision makers, other researchers and policy makers, so we get an understanding of how those different vantage points go into our understanding of the project. Through those conversations we begin to identify our research questions. We use our observations of the local community to drill down into the data that we need to analyze and collect.

What that essentially means is that we don't make a move without individuals in the community, policy makers, agency heads and advocacy groups looking at the work and giving us feedback, making sure we capture what we need to capture to give policy makers information on how to dismantle disparities and maintain a certain level of public faith.

As someone who has spent a lot of time studying the criminal justice system, what are some of the things you find most striking about the current system? What are things you find particularly troubling?

What stands out the most to me is how the criminal justice system has been used to create a caste system in our society, how there are certain classes or people that are ostracized, treated differently, processed differently.

Some other issues that stand out to me is we have 50 different criminal justice systems — at least 50. States operate as silos — never have I seen them operate as a collective. But you find disparate treatment and disproportionate outcomes in all of them.

But I think what troubled me more than anything was when I realized a lot of these disparities were constitutionally supported. I think that is one of the bigger issues we've found, that the Constitution has been unable for whatever reason to curtail the disparities we see on a daily basis.

Let's use police use of force as a recent example. On the one hand, we say police should not be allowed to shoot innocent people, and the Supreme Court says that's the case. But they also say that if an officer feels that shooting a person is going to save a person's life, they have the authority to do so. The problem is the subjectivity in that determination.

I think that we have a difficult time trying to understand the difference between intent and subconscious bias. One of our greatest issues in this society is recognizing that there are some things that are unacceptable regardless of how the decision is made. We've got a long way to go on that issue.