On the heels of nationwide calls to address systemic racism and inequality, sitting judges shed light on the disparities that exist in the justice system and how to guard against bias in this series of Law360 guest articles. 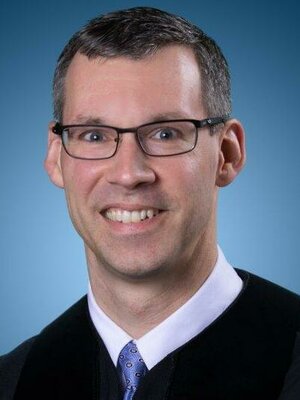 
Our modern life is driven by data. What company would try to increase profitability without fully considering its volume of sales and margins? Or what scientist evaluating a COVID-19 vaccine would sign off on its effectiveness without poring over the results of the clinical trials?

But for those of us who serve or practice in state courts, we know the unfortunate reality that the court systems lag far behind in data collection. Although many might find this hard to believe in a society awash with data, state court systems often lack basic data on important criminal justice metrics.

How effective is our bail system? What is the average length of a sentence for a particular felony classification? And how consistent are sentences across race, gender or age?

Unfortunately, most states can't answer questions like those. The reasons are manifold, but basically, in nonunified court systems, the counties generally determine what data is collected and how, yielding a patchwork quilt of results.

The counties typically don't interface with each other on these matters, and often can't because they use incompatible operating systems, which renders the task of comparing one county's data to another's nearly impossible. But even more problematic, in many instances the counties don't collect or make available the basic data benchmarks that would illuminate our criminal justice system.

It's well past time to demand change. As momentum builds to achieve meaningful criminal justice reform, the lack of data threatens to frustrate or derail such efforts.

Opponents of reform can argue that there's no real problem with racial disparities because no one has proof of problems in a particular state, that we should trust our judges and we have task forces designed to root out any problems.

But such posturing tends to melt away when data becomes available. Take two recent examples from Massachusetts and Florida.

The Massachusetts Supreme Judicial Court in 2016 commissioned an analysis of its criminal data to explore racial disparities. Without readily available data, this undertaking consumed several years. But when it was completed in 2020, the report chronicled "persistent racial disparities" in the criminal justice system.[1]

People of color in Massachusetts are vastly overrepresented in the criminal justice system, they receive longer sentences than white defendants, and they are typically charged with more serious offenses at the outset, a leverage tool to force plea agreements.

One of the examples from their study involved two armed robbery defendants with similar ages and criminal histories — but different races. The same judge sentenced the white defendant to two years, but the Black defendant to 26 years for essentially the same offense. Examples like that convinced the Florida Legislature to pass legislation to require the standardization of data collection practices.

Part of the problem, of course, is that judges, like anybody else, suffer from implicit bias. Reliable data can provide a check on that bias, and can enable judges to understand better where their implicit biases lie, and thus how to guard against them.

That recognition should lead to a fairer system of justice. One Ohio lawyer's industrious efforts at data collection illustrates both the problem and the solution.

In 2018, Diane Menashe, a prominent Columbus criminal defense attorney, was representing a young woman — whose name we'd prefer not to publicize — charged with involuntary manslaughter and other ancillary charges for supplying a lethal dose of heroin to the victim, another young woman. Menashe negotiated a plea agreement with prosecutors in which sentencing would be left up to the trial court judge. The case took place in the Franklin County Court of Common Pleas.

In advance of the hearing, Menashe learned that the prosecuting attorneys intended to advocate for a 13-year sentence, which was within statutory discretion of the court for the charges to which her client pled guilty.

Menashe nevertheless knew that this sentence was exponentially higher than other sentences received by similarly situated defendants, although she lacked the data to prove it. She arduously devoted over 30 hours of time combing through Franklin County's public court docket to uncover nine similar cases, including the prosecutors' recommendation in each case — the very same prosecutors she would face at her client's sentencing hearing.

Menashe included all of the prior recommendations and sentences in a sentencing memorandum to demonstrate that the 13-year recommendation was three times higher than the similarly situated defendants brought before judges in the past several years. Despite the emotionally fraught nature of the sentencing hearing, the data Menashe uncovered helped persuade the trial judge to adhere to his legal obligation to keep the sentence proportional to other defendants who were convicted of similar crimes.

Accurate data is crucial not only to judges, but also to legislators as they consider policy reforms. In Ohio, our Legislature has instructed judges to impose the least possible sentence that punishes fairly and proportionately.

Such legislation was likely born out of a desire to keep costs reasonably down while protecting the public. But without data, it's anybody's guess as to how the court system is handling that charge.

And when we step back and consider some of the reforms that are gaining currency now, such as overhauling the bail process and reforming sentencing to end mass incarceration, we need data to guide those solutions.

For instance, if you consider eliminating bail on low-level offenses, it would be helpful to know what percentage of defendants don't show up for their appearances who have no bond, as compared to those with modest bonds and those with higher ones.

The lack of data really should not surprise many people connected with the legal system, as commissions and courts have been pointing it out for years. While those pleas have historically fallen on deaf ears, momentum is now building to tackle this challenge. Several states are undertaking, or at least exploring, efforts to create statewide databases.

As lawyers, you can play a role in helping this change come about. Reach out to judges or legislators who you know and talk to them about the need for data. And you can educate yourself on it by reviewing sources like Measures for Justice, which compiles information about data collection efforts by states.

Talk to your colleagues and friends. And if you're planning a continuing education seminar, find someone to present on data.

Small steps like these will make a big difference. Together, we can work together to modernize our court system, increase transparency and hopefully eliminate racial disparities.


Michael P. Donnelly is a justice on the Ohio Supreme Court.

Pierre H. Bergeron is a judge on the Ohio First District Court of Appeals.

"Perspectives" is a regular feature written by guest authors on access to justice issues. To pitch article ideas, email expertanalysis@law360.com.

The opinions expressed are those of the authors and do not necessarily reflect the views of Portfolio​​ Media Inc. or any of its​​ respective affiliates. This article is for general information purposes an​​d is​​ ​​not ​​intended to be and​​ should not be taken as legal advice.