The ACLU of Ohio, along with attorneys at Thompson Hine LLP and Lambda Legal, recently successfully challenged Ohio's policy forbidding transgender people from correcting their birth certificates to match their gender identity, convincing a judge that the state's policy was discriminatory.

Driver's licenses and other documents could reflect an individual's real identity, but around 2016, Ohio started refusing to allow people to correct what plaintiffs called the "gender marker" on their birth certificate, according to Elizabeth Bonham, an attorney with the ACLU of Ohio. Advocates thought there was no legitimate reasoning behind the policy and sued in 2018, challenging a state approach they said made life for transgender people more difficult.

This is a particularly critical document … because it is the basis for so many other identity documents that you might later need to get. 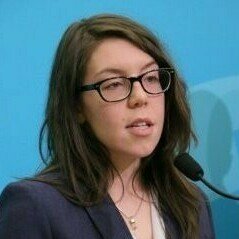 "This is a particularly critical document ... because it is the basis for so many other identity documents that you might later need to get," Bonham said.

Transgender plaintiffs said being forced to keep an incorrect sex identification on their birth certificate meant being outed, harassed by co-workers and demeaned. One plaintiff said human resources told her she would "always be a man in God's eyes."

"[Ohio's] proffered justifications are nothing more than thinly veiled post-hoc rationales to deflect from the discriminatory nature of the policy," U.S. District Judge Michael H. Watson wrote, granting the plaintiffs' request to declare the policy unconstitutional.

To fight Ohio's policy, the ACLU assembled a team from its state and national offices along with attorneys from Lambda Legal and Thompson Hine. David Carey, who started working on the case as a Thompson Hine attorney and is now at the ACLU of Ohio, said each entity brought complementary strengths to the case.

"It's an effective partnership to have a public interest organization like the ACLU or Lambda Legal, who have the substantive expertise on constitutional law, together with an organization like Thompson Hine that has sometimes a bit, I wouldn't say necessarily more experience, but a lot of experience in the sort of nuts and bolts of litigation and discovery," Carey said.

Immediately, it was clear that Ohio's policy was not typical, Bonham said. Before 2016, some transgender people born in Ohio had been able to correct the gender marker on their birth certificate, according to court documents that said "at least" 10 people had done so. And by March 2018, Ohio was one of only a trio of states that forbid transgender people from making the change.

"That is a striking piece of information that Ohio is such an outlier," Carey said. "It really brings home how Ohio's lack of a coherent policy here places it outside the norm."

"You don't have to know anything about the law. It doesn't make any sense. There's no rational reason to do that. And it's going to hurt people," Bonham said of the state's ban. "It's totally without a legal theory, it's just common sense. But it is also clearly the basis for equal protection and due process rights to be vindicated."

The team found four plaintiffs that were willing to relive painful moments and testify about harm, Bonham said. To find clients, the advocacy attorneys used a variety of strategies, including reaching out to the community of affected people, she said.

"That's another big part of building this kind of litigation," Bonham said. "You can't do it without the direction and the trust of the actual community."

Plaintiff Stacie Ray is a transgender woman who has worked as a semi-truck driver. Court documents describe a time when Ray started a job and was in a conference room with 10 other new employees. Ray was required to present documents, including a birth certificate. A human resources person asked Ray why her gender didn't match, revealing to the room that Ray is transgender.

Some co-workers didn't talk to Ray and an acquaintance said "that she had been labeled by her hostile coworkers as 'the freak of the company,'" according to court documents. One female co-worker said if Ray was seen in the women's bathroom, "the woman would 'beat [her] ass.'" Ray quit two weeks later.

A representative with the Ohio Department of Health did not comment directly on the decision.

Bonham said for most people, they don't have to think about issues like correcting their birth certificate, but for those that do, being able to make the change means "they won't have to have this daily stress that maybe, someday, someone will ask for it." It also gives people a "basic level of dignity," she said.

Bonham said the ACLU of Ohio is "a really tight crew."

"To pull off these kinds of efforts, we actually need help. It is really common for us to work with the private bar on a pro bono basis," she said, referring to how they pursue complex cases.

Figuring out how to pursue the case required each member of the team. Carey said the firm and groups had complementary skill sets — advocates knew the issues and crafted the initial legal strategy and the firm had a lot of experience and heft.

"What you are often balancing here is the substantive expertise of civil rights organizations alongside the law firms and their capability of bringing their experience in more general litigation to bear," Carey said.

We were just really excited for what it meant for transgender rights in Ohio. 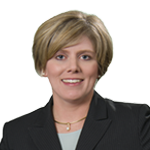 Jennifer Roach, a Thompson Hine attorney who worked on the case, said 12 attorneys from the firm worked on the case at one time or another. The team did legal research, drafted documents and helped with discovery and production in addition to taking part in strategy sessions, according to Roach.

"Our firm's got a really strong commitment to pro bono [work]," Roach said. The case was appealing from a public policy perspective and the firm was able to get a lot of people involved "and do some really substantive, very meaningful and important work on this case."

The state argued the plaintiffs were trying to use constitutional arguments "to engage in a revision of a historical fact" even though "plaintiffs' biological sex was accurately recorded at birth," according to court documents. Allegations that birth certificates outing transgender people constitute a due process privacy right violation should fail because the documents are public record and the plaintiffs' couldn't show the disclosure "is directly linked to a threat of extreme and specific physical harm," the state said.

The state also said equal protection arguments were flawed because the point of the policy was not to discriminate and even if transgender people are a protected class, "defendants have a substantial interest in accurately recording a person's sex on their birth certificate."

Judge Watson rejected those arguments, saying there is "no logical connection between the policy and proffered justifications."

"Defendants' policy prohibits transgender people the ability to change the sex on their birth certificate in an arbitrary and unequal manner," the opinion said.

Roach said when she received notice from the court about a decision, she opened it right away. She read through it and "was just ecstatic." Emails started getting sent around between the attorneys on the case. The clients were happy.

"Everybody just had the same view that this is a fantastic development," Roach said. "We were just really excited for what it meant for transgender rights in Ohio."