As the U.S. Supreme Court once again weighs cases involving juvenile sentencing and nonunanimous jury verdicts, Milbank LLP, in conjunction with the Louisiana Center for Children's Rights, has been working on the intersection of both issues in the Pelican State.

The law firm, in a broader pro bono collaboration with LCCR, has been pushing for new sentences for defendants who were given life in prison without parole as juveniles, a sentence the U.S. Supreme Court has ruled is unconstitutional. Milbank and the center have also developed a legal approach to try to void the convictions of juvenile offenders by nonunanimous juries.

Even though the high court has yet to determine if nonunanimous convictions should be retroactively negated, the advocates have argued that the procedural status of the cases for juveniles awaiting resentencing means that the conviction should be tossed as well.

The DAs have largely taken the position that they're going to try to maintain the life without parole sentence in the face of these Supreme Court cases. 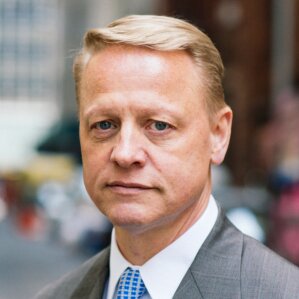 "The motions that we drafted for LACCR really go to those defendants who can take advantage of this major constitutional change — those who don't yet have a final conviction," said Milbank partner Alan Stone, who has been part of the effort.

It's a push that takes on particular urgency in Louisiana. Not only is Louisiana one of only two states, along with Oregon, that has allowed nonunanimous convictions in modern times, the state also has the highest incarceration rate in the country, with 680 of every 100,000 citizens in prison, according to data from The Sentencing Project.

A 2019 report by the Vera Institute for Justice found that although the number of people in prison in the state has declined in recent years, the incarceration rate remains high, particularly among Black Louisianians, who make up 33% of the state population but 67% of its prison population.

"We're the belly of the beast in a lot of ways here, and the way we have treated children is no exception," said Jill Pasquarella, director of the Campaign to End Extreme Sentences for Youth at LCCR. "In spite of the court rulings that have said these sentences are no longer appropriate … Louisiana has persisted in sentencing more children to die in prison than any other state in the country."

LCCR and Milbank's efforts hinge on a trio of Supreme Court cases. The decision in Miller v. Alabama

found sentences of life without parole for juveniles were unconstitutional, and Montgomery v. Louisiana

then applied that decision retroactively. In Ramos v. Louisiana

, the justices ruled that nonunanimous jury verdicts are also unconstitutional.

The high court is currently weighing whether to make Ramos retroactive, but Milbank and LCCR have decided not to wait.

For several clients who were convicted by nonunanimous juries, the firm and LCCR have argued that retroactivity doesn't matter. The Supreme Court's Miller and Montgomery decisions mean their clients' convictions are not final and that they are entitled to new trials, the advocates say.

The potential success of the theory has yet to be seen, but Milbank has drafted template motions that have been used by LCCR and other advocates fighting for similar clients.

The innovative legal strategy is part of a broader effort to address the state's efforts to maintain harsh sentences for people sentenced to life without parole as juveniles.

"In Louisiana, which is a harsh, law-and-order type of jurisdiction, the DAs have largely taken the position that they're going to try to maintain the life without parole sentence in the face of these Supreme Court cases, which allow for only very narrow exceptions for the worst offenders," Stone said.

Pasquarella said that LCCR is currently representing over 50 people sentenced to life without parole as juveniles, with Milbank acting as co-counsel on several cases. It's a slow process, Pasquarella and Stone said, but absolutely crucial for the people behind bars.

Our clients have very few resources, and there's no right to counsel here. 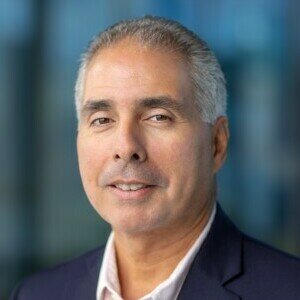 The work in Louisiana goes alongside similar pro bono work Milbank does in other states, according to the firm's pro bono counsel, Anthony Perez Cassino.

"This has been a big focus of ours for the last couple of years," Cassino said.

It's a task that can feel daunting, even for a firm like Milbank. Cassino said that the firm has spent thousands of hours a year on this work.

"Our clients have very few resources, and there's no right to counsel here," he noted. "How are they ever going to get out unless a law firm like Milbank decides to help them and spend all that money and time? And we still have an uphill battle."